Off the Cob 2023 Update- What Happened After Shark Tank 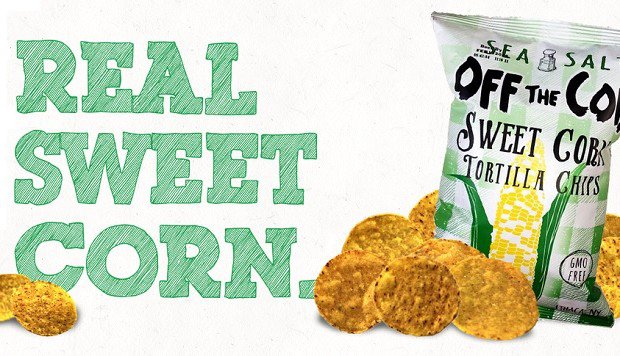 Off the Cob Before Shark Tank

Cameron Sheldrake, of the company Off the Cob, has just stepped into the Shark Tank. Cameron is seeking $100,000 in exchange for 15% of his company. Cameron starts by proposing the Sharks a question – what would the Sharks rather eat, sweet corn, or grain corn? Well, in comparison, most tortilla chips are made with grain corn. Grain corn has hard, dry kernels and a starchy flavor to it. Grain corn is then machine-harvested in the fall, once the plant has died, and the kernels have hardened on the cob. Grain corn is used primarily to feed animals and make ethanol oil.

However, Cameron prefers sweet corn. Sweet corn is what humans typically eat – you boil it or grill it, and eat it right off the cob. So, Cameron has started the very first tortilla chips made out of sweet corn. To Off the Cob’s credit, Off the Cob is the very first company in American history to produce tortilla chips instead of grain chips with freshly picked sweet corn. Instead of picking grain corn, they pick ripe sweet corn for a delicious corn-on-the-cob flavor, unlike the bland, starchy flavor of typical grain tortilla chips. Not only does Off the Cob’s tortilla chips taste better, they are also better for you; they’re made with non-GMO (genetically modified organism) techniques, they are also gluten free and contain no sodium, trans-fats, or cholesterols.

Off the Cob On Shark Tank

Cameron then passes out chips and salsa to each of the Sharks, who notice the packaging as the first thing about the Off the Cob product. Cameron reveals that they just changed and released the new packaging a little over a year ago. The chips have only been for sale for 13 months, and have been for sale in more natural stores such as Whole Foods and Wegman’s. So far, Off the Cob is available in 45 stores overall. Lori then voices her thoughts – she never realized the differences between sweet corn and grain corn and that tortilla chips were made with the grain corn. However, Cameron reveals that is far more expensive, about 20 times as expensive, to put the sweet corn into the chip instead of the grain corn. 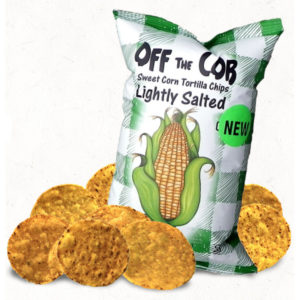 Cameron and Off the Cob are paying $5.50 a pound for dried sweet corn, and most grain corn flour costs about $.30 a pound. This makes a bag of Off the Cob cost about $3.49 per bag at Whole Foods, while a bag of tortilla chips might cost $.99 for the same size. Cameron then reveals that at a certain point, Off the Cob was in 20 Whole Foods but they actually ran out of inventory that the space was given elsewhere. Kevin then voices his own thoughts; the delta, the difference in price, between the grain and sweet corn chips is very, very evident. He could either pay $5 for a bag of Off the Cob chips, or pay a fraction of that $5 for more tortilla chips.
Kevin continues on, saying that the taste difference between Off the Cob’s sweet corn chips and regular tortilla chips is quite poor, and it is not worth the drastic price difference. Despite the chips being healthier, just like many times on Shark Tank when people have brought in healthy products, entrepreneurs run into the “gravity of distribution” – meaning, healthier products require more care, preparation, and time to create, all to a much lower profit or even revenue margin than otherwise making “unhealthy” snacks. However, Mark says that there are Whole Foods markets everywhere, and regaining that space should not be hard since he was already in Whole Foods once.

Lori then shifts to the numbers, wanting to know the total amount of sales in Off the Cob’s lifetime. Off the Cob has made $45,000 in sales, which is incredibly low – Kevin poses the question that if another year went by and Cameron has made very little money and not regained that shelf space, what will he do? However, Cameron says that this definitely won’t happen, because in January, Off the Cob is partnering with the biggest natural food distributor in the United States and moving out to 100 new stores. Each bag is made for $.85, and the bags will be sold to the distributor for a sliding price from $1.60 to $1.70, depending on how many bags are sold at once.

Kevin then steps in again and says that he has a simple process behind differentiating a business and a hobby – if the endeavor isn’t making money after three years, it’s a hobby. If it’s a hobby, “you should take it behind the barn and shoot it,” Kevin gruffly chimes in. He then says that he finds the costs of one single bag insane, although there is nothing wrong with the product, having to explain that the chips taste different and are healthier is a challenge because you have to educate the consumer, which is a challenge that Kevin does not feel like taking on his own, let alone with Cameron. Kevin is the first Shark out.

In contrast, Mark starts by saying that he finds the sweet corn chips great, but the challenge, as an investor, is not finding a return. Mark does not see a way to reliably gain incremental growth with his investment in Off the Cob. However, Cameron wants to tell the Sharks about his plan for growth. In 2014, Off the Cob will be in 400 stores, which should create $1.1 million in revenue. After all costs have been considered, this should net a 15% profit, totalling out to $165,000 in profit. That would be reinvested in the business, but this will be a total grind – going into the organic snack market isn’t easy, but Off the Cob is a unique enough product. Yet as an investor, Mark must relent because he does not feel that he will receive his return in a timely fashion. Mark is the second Shark out. 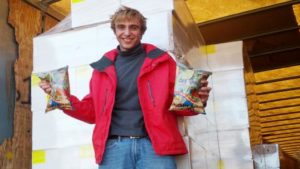 Daymond explains that a few people in his life have had to become gluten-free in his life, and he has been having a lot of gluten-free foods recently. He also learned how challenging shelf space can be, as Kevin has always supposedly said, and managing that task is a challenge that Daymond is not up to. He is also out.

Lori loves the chips and finds them different tasting, and would definitely buy them. The added health benefits are just a bonus, she says, but there is a very difficult road in order to scale the production and sale of the chips. As an investor, it would be difficult for her to make back her return, and she is also out of the deal.

Nick Woodman, guest Shark on this episode of Shark Tank, is the founder of the GoPro. He is filling in for Robert’s seat, and he starts by explaining that if he bought one of the Off the Cob bag of chips and ate it, he would definitely buy it again and eat it again – definitely at a price of $3.49. Nick isn’t price-sensitive to such a product, and this is primarily because of the packaging; the packaging is such a fun and different take on snacks, and looking at it and enjoying the contents makes you feel good. The name, “Off the Cob,” is even of great benefit to the brand because people would understand what the product is about right away since most people associate the word “cob” with corn-on-the-cob.

While Nick loves the product and has an emotional side to want to invest, he just does not know how to scale a business like the natural snack food markets, and does not want to tie up his money in an effort which could see the return never coming. Thus, Nick Woodman, guest Shark, is also out of the deal.

While all the Sharks compliment Cameron and his Off the Cob chips, he ultimately does not find an investment in the Shark Tank. Cameron vows to stick with his business on the way out.

Cameron might not have landed a deal but that didn’t stop him from continuing the business. If anything, the show had given them the publicity they needed. Shortly after returning home, they received so many orders that they ran out of stock for two months. And within two weeks, their business had doubled.

By 2017, their Tortilla chips were on shelves in more than 300 stores nationwide, including Whole Foods and Legman’s, the former of which was their biggest partner. They were also available online through their website and on Amazon. And compared to when they were first on the show, their annual revenue had gone up six times, according to an interview with Cameron.

Unfortunately, however, it didn’t last. In the fall of 2021, the company discontinued operations and shut down. While they never made any official announcement, our best guess is that they ran into some financial issues. For one thing, the company used sweet corn instead of grain corn for their products; the former is considerably more expensive as it’s more time-consuming to cultivate. This, in return, led to high prices for their chips (they simply couldn’t afford to lower the prices). And looking at some of the reviews on Amazon, that seemed to be one of the most common complaints—that while they’re good, they’re just not worth the price.

How much were they? A 24-pack of 1 oz bags went for $24.99 while 12-packs went for $59.99—so they weren’t the cheapest snack around. In fact, we’re willing to bet that they priced out many of their potential customers and that over time, ultimately led their business to fail. 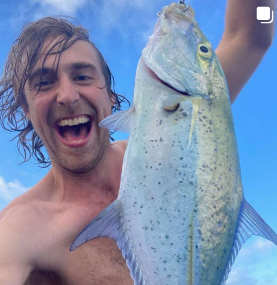 What is Cameron Sheldrake up to now? As far as we can tell, he’s gone back to working at the family farm. He also appears to be an avid fisherman and enjoys spending time outside, according to his Instagram page (many of his photos involve him holding a fish). For those who’d like to give him a follow, you can find him at @camsheldrake.