Soupergirl Update in 2022– What Happened After Shark Tank 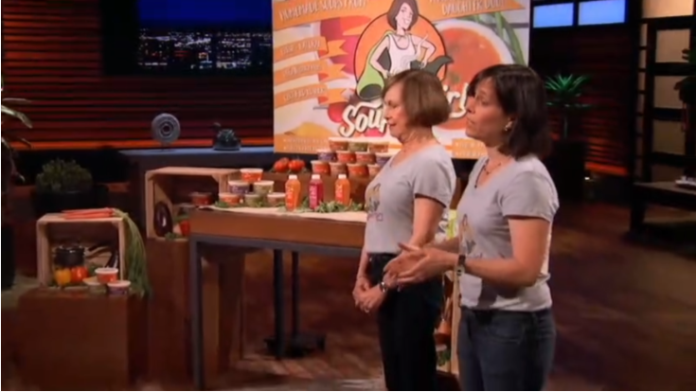 Soupergirl is a food company that was started by Sara Polon and her mother, Marilyn Polon. Sarah was motivated to start the company after she realized that it was hard for an individual to find healthy soup in the stores available.

Polon’s soups are made 100% out of natural ingredients which are easy to comprehend. This could be compared to the complex, artificial ingredients that are found in many meals in most supermarkets. Soupergirl’s meals are high in plant-based fiber and protein while low in salt and fat. They also contain fresh vegetables that are essential. Marilyn gave the soup credit for the decline in her cholesterol levels.

They have been trying to grow and become a national company. They have faced some challenges in achieving this target with the first problem being a fast growth rate. They also need more capital to fund their business.

This is what made them apply to be on Shark Tank. Their application was successful and they were invited to be on the third episode of the tenth season. This episode also featured Matt Higgins as a guest shark. 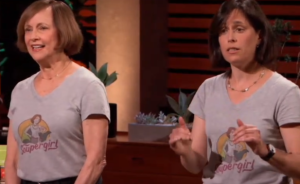 The Soupergirl founders went onto the show looking for $500,000 while offering 10% of the company.  After giving a brief introduction, they give the sharks some of their soup samples to taste. The sharks thought that the soups tasted great.

Matt Higgins asked them what their backgrounds were and he was told that they started the business in 2008. At the time Polon was a stand-up comic and she couldn’t find any soup that didn’t have too much salt or fat, so she started her own business with her mother.

Sara says that her problems started in their first kitchen. Although she had found a location that she was okay with, her mother disagreed calling the place a dungeon. The room lacked proper air conditioning and in the summer things could get very hot. Marilyn even saw a mouse that made her want to quit.

Although Marilyn was reluctant to continue, Sara convinced her to stay and she did and she has helped Sara run the business since then. Kevin said that he liked the soup so all that now mattered was the numbers.  He, however, thought that their valuation was too high.

Kevin then asked them what their net profit for the past year, when they made 2,400,000, was. He was told that the net profit was about 5%.

The sharks were all shocked by the low amount. They thought that earning 5% after all the deductions was terrible for a business.  Sara then said that the reason why they were making such low margins is because of the need to expand. Kevin suggested that they get a co-packer.

Sara said that they couldn’t get a co-packer but they were going nationwide with their Soupermeals program. The program involved selling their soup directly to consumers with a deliverer. It would have a 3-day and 5-day meal plan. There was also going to be a custom option. Kevin asked if the program was up and running. Sara said at a smaller level it was but there was a need to get it larger and that they had made $900,000 in sales.  Kevin said he knew the model and Sara responded by telling him their sales. The cost of manufacture was $50 and they sold it at $99 with a $49 margin. Mark Cuban said the margin was still too low.

Kevin insisted that the business was overvalued. Daymond then asked her if she thought she could get more than 5% and Sara said she would. Her fixed costs were just high because of the purchase of a new kitchen. Cuban said that this brought them back to the co-packer problem and he asked Sara why she didn’t want a co-packer.

Mark then asked whether she could see that she has a problem with constantly needing more money. He thought her actions reflected a lack of confidence in any branch. Sara then said that they were also starting a website that people could subscribe to. Kevin said that such business models already existed.

Mark Cuban asked her how much she thought it would cost she said about $100,000 which other sharks agreed with.  She then said that she also needed $400,000 to optimize her cost of staff. Matt Higgins didn’t think this would affect operations in any way.

Mark Cuban said that Sara was at risk of going out of business and being a perfectionist was harming her profitability and because of this, he was out. Kevin then asked Sara how much she had in capital at the moment and was told that she had about $ 20,000. He said that the business was worth about $700,000 and if the debts were deducted it came to around 100,000 because of this, he left.

Soupergirl in 2022 – The After Shark Tank Update Soupergirl has continued to be in business and they have expanded to several new locations as planned. They launched their website where you can find retail outlets and make orders as intended. Customers can also have their meals delivered when they order on the website. The Covid-19 pandemic did force them to close their main outlets in Washington. However, they have received $2,000,000 from Chevy Chase and Arborview Capital.

They have also experienced steady growth since then. Their social media has grown to more than 13,000 followers and 6,000 followers on Instagram. Soupergirl was also shortlisted to be on the Kroger Go Fresh and Local Supplier Accelerator. This is a competition held by one of America’s largest retailers.  The company made a revenue of $9,000,000 in 2021. The Polon’s success has gone on to show that determination and holding on to values can win the day even though many think it won’t.