SynDaver Labs Shark Tank Update – Where are They Now In 2022 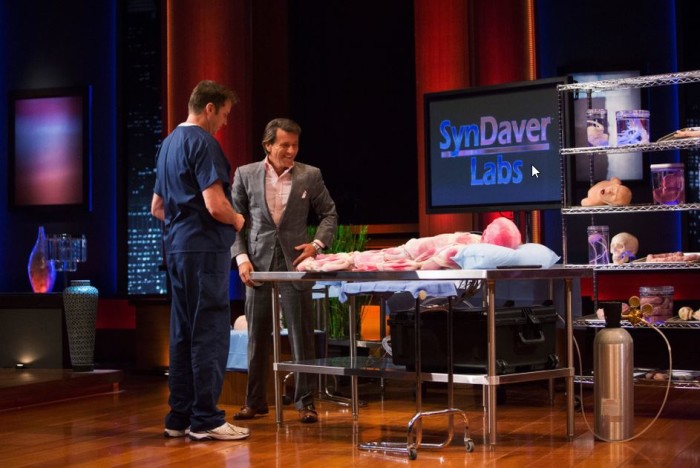 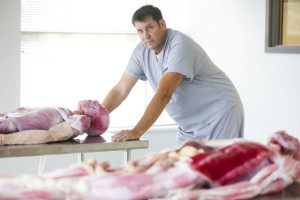 Christopher Sakezles is the scientific mastermind behind the concept of SynDaver Labs. The idea for it all began during a study in 1993 at the University of Florida. During this study they took a closer look at a material that mimicked tissues within live human beings and animals and developed the technology that would later fuel the SynDaver company. In 2004, Sakezles launched the company with the intention of appealing to a large market with a product that has a vast variety of uses.

SynDaver Labs is the manufacturer of man-made, synthetic cadavers that are made with the intention of being supplied to medical institutions for research. With this new and precise technology, SynDaver is capable of making accurate anatomical human and animal bodies. Each muscle or tendon found within the body is recreated in the most realistic way imaginable so that they may be used for clinical training, surgical lessons, and many other medical studies. The goal in mind for this company is to generate a new way to study medical science so that actual animal and human cadavers can be eliminated from the medical education process. However, this is not a cheap business to be running.

As a result of the incredible accuracy and quality of the SynDaver products, the manufacturing cost of one entire human cadaver replica is anything but cheap. Christopher, determined to get this innovative business off the ground, decided to look for outside resources to help make his company more successful. It was during this pursuit when he was brought to ABC’s Shark Tank too look for a sufficient enough investment to help propel SynDaver Labs forward in its journey to success.

Christopher Sakezles makes his appearance on Shark Tank and starts off by asking the Sharks for the large amount of $3 million for a meager 10% of his company. Quickly after shocking the investors with that kind of price tag, Sakezles dives into explaining why SynDaver Labs is worth so much. The sophisticated replications of the human body are generated from salt, water, and fiber, which closely mimics our own organic makeup. Each product’s purpose is to replace live animals, human cadavers, and even living human patients during a wide variety of medical tests, training, and studies. On display for the Sharks is a full synthetic human body, which is a prime piece of equipment for performing almost any kind of medical surgery.

After asking for a few volunteers to get a closer look at the product, Lori Greiner and Robert Herjavec are the first to jump out of their seats to further investigate the SynDaver. Mark Cuban and Kevin O’Leary soon follow after, unable to deny their curiosity. After touching the synthetic body, they find that it is actually moist because it consists of almost 80% water. Each cadaver contains all the muscles, bones, and organs found within humans, making it completely anatomically correct. The tissue development alone took 20 years to perfect, which Greiner describes as “raw chicken” after feeling the texture of it. This cadaver can be cut into and manipulated like any other organic subject that a medical study group might use.

Herjavec is the first to ask questions by inquiring on what the price difference is between a synthetic and organic cadaver is. Real human cadavers can cost anywhere between $5-10k, but are obviously not reusable. SynDavers cost around $40k, but as Sakezles points out, these are products that you can use more than once. He also demonstrates some of its functions by opening the eyes of the model and moving its arm, which surprises the Sharks. Clearly impressed with this scientific technology, they each make their way back to their seats to begin talking business. 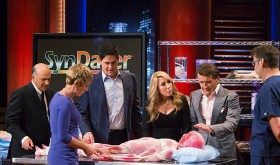 The SynDaver project began about 10 years prior within Sakezles garage and he explains his education by telling the Sharks he has a PhD in polymer science, Masters in material science, and Bachelors in mechanical engineering. During his time studying, he found that the costs that come with animal testing goes through the roof because of all the medical fields that require such test subjects in order to learn. Herjavec confesses that it is all pretty impressive and asks whether the company has made any sales already. SynDaver already has made $10 million in sales and this pleasantly surprises everyone in the room. However, these sales were accumulated over the course of 3 years. O’Leary asks how he should value the company and Sakezles defends the worth of his company by saying their sales double with each passing year and is a part of a partnership that anticipates making $150 million during the upcoming year. In addition to its being profitable, they are the only company who manufacture this kind of product and have 10 patents to insure it stays that way. O’Leary beings to explain his connections within the medical field and how the money flows through it, and Sakezles states that he could make “quite a bit” of money if he “wanted to”. Bemused, Greiner asks him why he wouldn’t want to make more money than he is. He explains that the money is not his main focus, but rather the medical training is. Money is only a tool he uses to employ the people he needs for the business.

After his surprising answer, none of the Sharks appear to be all that impressed with his response. O’Leary explains that profits are the key to snagging an investor, so his lack of interest in the amount of money that his company will generate isn’t all that encouraging, especially when he is asking for them to invest so much into it and valuing the company at $30 million. Barbara Corcoran finally speaks up, stating that people aren’t raving about his product yet because he needs a businessman to represent SynDaver and he does not have one of those. Not convinced that he will make the money, she decided to not invest. Herjavec however, sees the method to his madness and says he sees the logic behind Sakezles’ decision to not have profit be at the top of his priorities. O’Leary asks how and when he would get his money back if he were to invest and Christopher just shrugs because he is uncertain when that would happen or how big the company would even get. Greiner points out that his problem is that he lacks the passion for the business which puts a doubt in her mind that he would protect her investment if she were to give him her money. As a result of that uncertainty, she also does not invest. O’Leary also pulls out because everything is “underwhelming” to him.

Finally, with only two Sharks left, Christopher finds some hope when Herjavec speaks up about his interest in the complexity of the business. He believes that there is potential for him to become quite successful and that they need only to pave a path to the marketing and sales. However, he does see the hesitancy in Sakezles to reach out and grab the opportunity, which ultimately warded off the other Sharks. Despite that though, Herjavec decides to put an offer on the table. For $3 million, he would want a 35% stake in the company and an equal board representation. He wants to be the one within the company that has the passion Sakezles lacks. Surprisingly enough, Sakezles denies the offer because Herjavec wants more equity than he is willing to part with. After looking to Mark Cuban for help and not finding it there after he pulls out, Herjavec speaks up again and lowers the equity percentage to 25% for the original $3 million. With that being the final deal on the table, Sakezles decides to accept and walks away after having made the biggest deal in Shark Tank history.

Unfortunately, the deal with Robert was never finalized. It would have required him to give up his position as CEO of the company, which Christopher was unwilling to do. As a result, he walked away with no further money.

Despite that, he managed to continue growing the business. Within a year, they were on track to make $10 million, according to Christopher. He also planned on taking on other investors, which would allow him to expand his staff. In fact, there’s a section on their website where you can request an investor kit. Existing investors can also request annual reports.

As of 2022, Syndaver Labs is still up and running. Like before, they offer different types of synthetic cadavers including those for the veterinary field (at one point, they even had fake frogs for dissecting). They also offer ones for surgery and they’re all extremely realistic in terms of anatomy. As far as we can tell, however, not all of them are available for purchase. For example, they currently have no products listed under their anatomy or pre-hospital section.

Even the ones that are available, can’t be purchased directly from their website. You must contact the company for a quote and go from there.

If anything, this might have something to do with the red banner on the top of their website. According to the text, they will be making some exciting announcements on their company structure, products, and services.” So for all we know, they might just be getting everything sorted out. It doesn’t look like they’ll be shutting down anytime soon, at least. For one thing, they were just recently awarded their 18th Patent for their surgical synthetic wet-tissue canine, which will replace the use of live dogs and cadavers at various veterinary colleges across the country.

Since the pandemic, however, they have started selling hand sanitizer on their website. Made in the USA, they’re suitable for both personal and industrial use. Those who are interested can purchase them for $24.99 here.

According to LinkedIn, Christopher also launched a new branch of Syndaver Labs called SyndaverX in November 2018. The “area 51” of Syndavers, they specialize in new technologies for veterinary medicine, medical devices, and healthcare simulation industries.

The bottom line is, he seems to be doing fairly well despite not having landed a deal with the shark in the end. The last that we checked, they were making approximately $5 million in revenue a year, with the company valued at around $26 million.