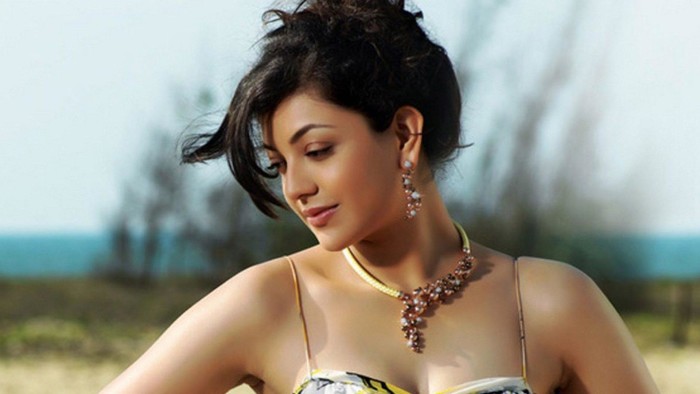 Sunil Mittal is the founder of Bharti Enterprises, a multinational conglomerate that owns several businesses in the food, real estate, hospitality, telecommunications, manufacturing, and financial services industries. The group’s flagship company, Bharti Airtel, currently operates in over 18 countries across North America Asia, Africa, and Europe and is the second-largest telecom company in India.

Born in Ludhiana, Punjab, he went to school in Gwalior and later studied arts and science at Area College in Ludhiana. At the age of 18, he started his first business, a bicycle manufacturing company, with a capital investment of $260USD borrowed from his parents; the business would later become Bharti Enterprises.

In 2016, he was chosen as chairman of the International Chamber of Commerce. He’a also known for his work toward educating India through the Bharti Foundation, which he founded in 2000. The philanthropic arm of Bharti Enterprises, it provides free educational programs for underprivileged children, with an specific focus on girls. As of 2022, the program is running in 254 schools in six different states. 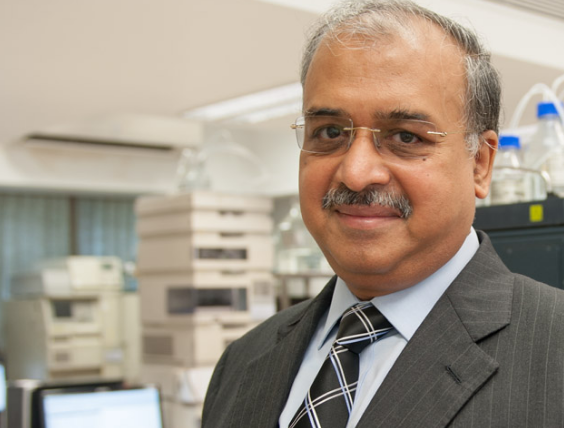 Dilip Shanghvi is the founder of Sun Pharmaceuticals, a multinational pharmaceutical company that’s based in Mumbai, India. For his work, he was awarded the Padma Shri by the Government of India in 2016.

Growing up, he used to help his father in his wholesale medicine business. By the time he was 27, he opened up his own manufacturing unit, which he named Sun Pharmaceutical Industries. Since then, they’ve acquired Taro Pharma and Caraco Pharma, the latter of which is an American company.

In 2017, he was ranked one of the most powerful people in India by India Today magazine.

Kumar Birla has been the chairman of the Aditya Birla Group, a multinational conglomerate that operates in 36 countries around the world, since 1995. The group, which was founded by his father, has interests in metals, viscose filament yarn, fertilizers, chemicals, cement, telecom, and financial services.

He’s also the chancellor of the Indian Institute of Management Ahmedabad and the Birla Institute of Technology and Science.

In 2019, the London Business School alumnus created a 15 million pound scholarship to honor the legacy of his late grandfather, BK Birla, which will be used to support ten full-time MBA candidates at the school every year. 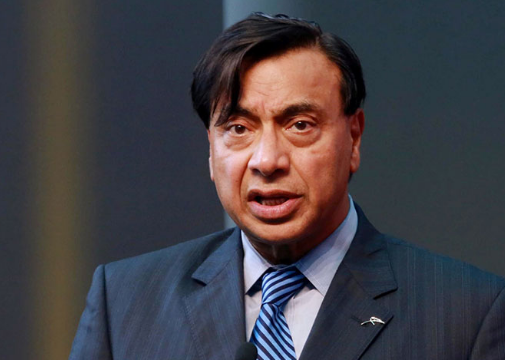 Lakshmi Mittal is the executive chairman of ArcelorMittal, the largest steelmaking company in the world. Not only that, but he’s also the chairman of Aperam, a stainless steel manufacturer.

In addition to that, he’s a member of the board of directors of Goldman Sachs. He also sits on the Foreign Investment Council in Kazakhstan, the World Steel Association executive committee, the European Round Table of Industrialists, as well as the World Economic Forum’s Business Council.

In 2020, he made a donation of ₹100 crores ($12.8 million USD) to help those affected by the COVID-19 pandemic in India. In 2008, he also donated $18.7 million USD to the Great Ormond Street Hospital in London; the funds were later used to construct the Mittal Children’s Medical Centre.

Savitri Jindal is the president of Maharaja Agarasen Medical College, which is recognized by the Medical Council of India. She’s also the chairperson of the Jindal Grou, a steel and power conglomerate that her husband had founded back in the day. She became the chairperson after he passed away in a helicopter accident in 2005.

The richest woman in India, she’s worth over $19.9 billion as of 2022. She’s also the seventh-richest mother in the world, according to Forbes Magazine. She has four sons, Ratan, Sajjan, Prithviraj, and Naveen, each of whom runs a division of the business. 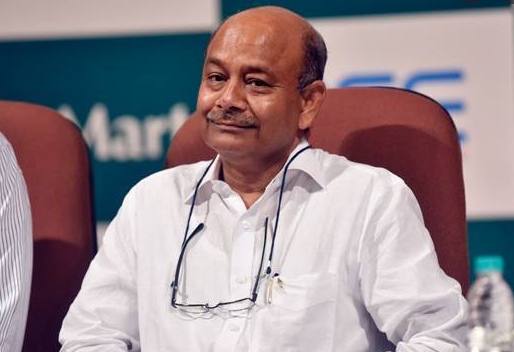 Radhakishan Dasani is the founder of Dmart, a retail corporation that operates a chain of grocery markets in India. Based in Mumbai, it has several subsidiaries including Avenue Food Plaza Ltd, Avenue E-Commerce Ltd, Align Retail Traders Ltd, and Reflect Wholesale and Retail Private Ltd. As of 2019, there are 196 stores across 11 states in India including Tamil Nadu, Maharashtra, Uttar Pradesh, and Karnataka.

Not only that, but he also owns an investment firm called, Bright Star Investments Limited.

Unlike many businessmen, however, he keeps a low profile. In fact, he rarely gives interviews.

Cyrus Poonawalla is managing director and chairman of the Cyrus Poonawalla Group, which includes the Serum Institute of India, the largest vaccine manufacturer in the world. More than 1.5 billion doses of vaccines are produced each year, including those for polio, flu, and measles.

During the pandemic, he also invested $800 million to build a new factory to produce Covid-19 vaccines. In 2021, it was announced that they’d be starting the production of the Sputnik V vaccine, in collaboration with the Gamaleya Research Institute of Epidemiology.

Currently, his son, Adar, works as the CEO of the biotechnology and biopharmaceuticals company. 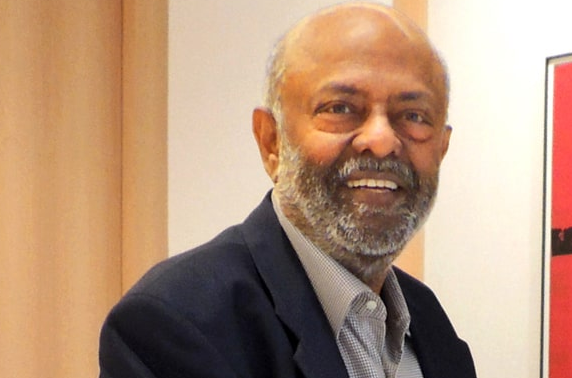 Shiv Nadar is the founder of HCL Technologies, an IT services and consulting company that’s based in Noida. He’s also the chairman of the Shiv Nadar Foundation, which was established in 1994.

Born in Moolaipozhi, he attended high school in Kumbakonam and later studied electrical and electronics engineering at the PSG College of Technology. At one point, he also enrolled at the American College in Madurai.

After graduating, he began working at Cooper Engineering. He later left the c company to begin his own venture.

Fast forward to today, and he’s the third richest person in India with an estimated net worth of $29.1 billion.

Mukesh Ambani is the founder and chairman of Reliance Industries, a multinational conglomerate company that has interests in natural gas, mass media, petrochemicals, textiles, telecommunications, and textiles. As of 2022, they have a market value of over $240 billion.

Born in present-day Yemen, he lived with his family in a modest two-bedroom apartment in Mumbai as a teen. They later moved to India, where his family started a trading business that focused on textiles and spices.

After graduating from high school, he studied at St. Xavier’s College briefly, before transferring to the Institute of Chemical Technology, where he received a bachelor’s degree in chemical engineering. While he originally enrolled at Stanford University for an MBA, he ultimately withdrew to help his father build Reliance instead, which at the time, was a fast-growing enterprise.

By the mid-2000s, he had become one of the richest people in India, according to Forbes magazine. 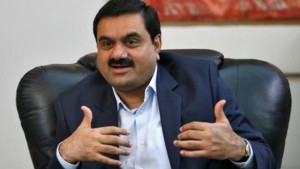 Gautam Adani is a billionaire industrialist. He is the founder of the Adani Group, a multinational conglomerate that’s involved in port operations and development in India. Not only that, but he’s also the president of the Adani Foundation, one of the largest corporate-funded foundations in India.

In February 2022, he became the richest person in Asia, surpassing Mukesh Ambani, who’s the largest shareholder of Reliance Industries Lt., the most valuable company in India by market value.

And in May 2022, he acquired Ambuja Cements, a major cement producing company in India, as well as its subsidiary for an alleged $10.5 million. Previously, he had acquired a 74% stake in the Mumbai International Airport, the second busiest airport in India. He also owns a coal mining project in Australia.

David Stewart
I really enjoy learning anything I can about a wide variety of subjects. Other hobbies include playing League of Legends, World of Warcraft, and just generally staying current in the going-ons of todays world, from politics to gaming news.
RELATED ARTICLES
World