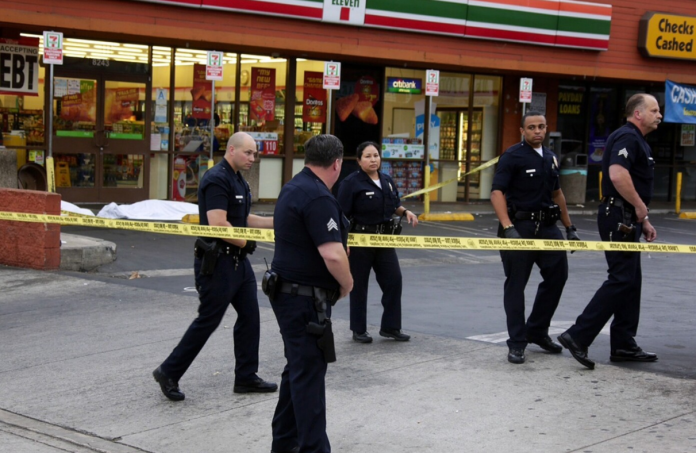 Two individuals have been arrested in connection with a number of robberies and shootings that took place at several 7-11 stores in Southern California, including locations in Orange and Riverside counties. The attacks all took place on July 11th, when the convenience store chain was celebrating its anniversary. A number of robberies in Riverside, Ontario, La Habra, and Upland are also believed to be connected.

The Orange County district attorney’s office initially announced that one suspect had been arrested. The Brea Police Department later added that they had two people in custody related to the case. No further details have been released, however, local law enforcement officers will be holding a news conference about the case on Friday, July 15th at 5 p.m.

Two days prior, the 7-11 chain had offered a $100,000 reward for information leading to the arrest of the masked gunman, who had killed two and injured three others. Matthew Hirsch, a 40-year-old clerk was gunned down and killed at a Brea location and Matthew Rule, a 24-year-old, was shot and killed in the parking lot of a Santa Ana 7-11.

A customer at a Riverside store was also shot in the head; he was rushed to hospital, where he remains in critical condition. Another victim, 60-year-old Russell Browning, was shot in the mouth and lost many of his teeth after the bullet exited through his cheek. He had been picking up some milk and doughnuts at the 7-11 when the shooting happened.

Following the shootings, authorities released photos of a masked man wearing what appeared to be a hood over his head and a black sweatshirt, the latter of which had green leaves and white lettering on the front.