What Happened to Dane Cook – New Updates For 2023 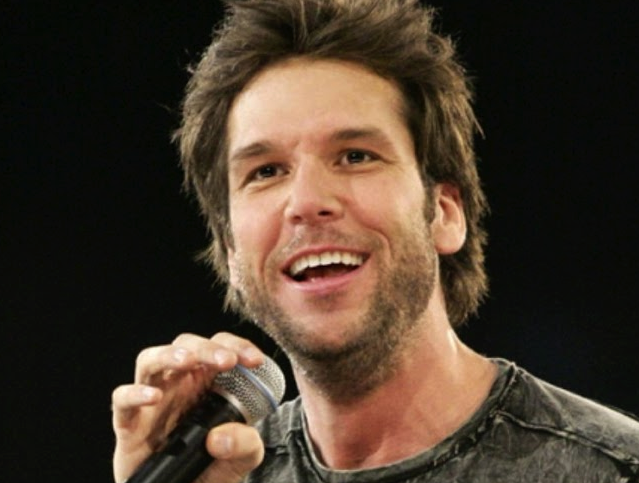 One of the most wildly popular comedians among young people in generations, Dane Cook’s star ascended steadily for a decade. In fact, Dane Cook is one of the most successful comics of all time in purely financial terms. Famously “straight-edged,” Cook’s act is not fueled by alcohol or drugs, but instead focuses around a kind of long-form storytelling in which Cook finds the humor present in everyday situations. This style of humor made his act accessible, relatable, and ultimately successful. Yet, his career has also been troubled by personal problems, accusations from rivals, and a strong backlash from “hip” counterculture. In the last few years, Dane Cook’s once ever-present visage has begun to appear less and less on the big screen and the stage. The future looks even less uncertain for the former comic idol once beloved by so many. 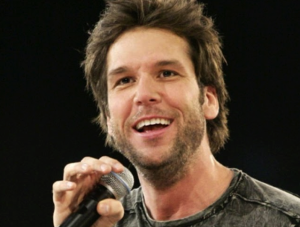 In 1972, Dane Cook was born in Cambridge, Massachusetts, part of the Boston metropolitan area. His parents raised little Dane and his six siblings in the Irish Catholic church out in the suburbs. Cook has stated that while he grew up imitating Bill Cosby around the house, at school he was mostly quiet and withdrawn. He finally broke out of his shell during his second-to-last year of high school when he became involved with a drama program. It was here that Cook rekindled his childhood love of standup comedy and the young man began to experiment with performing on stage. Dane Cook did not go professional right after high school, however, electing instead to study graphic design in college, just in case his comedy career didn’t work out. Fortunately for Cook, that concern was unfounded.

By the time he was twenty, Cook had ingratiated himself with the local comedy scene as the star of a Boston improv group. The group struggled to achieve wide-ranging success, however, and were even “shoed” off stage once, in an incident in which audience members at a Phish concert hurled their shoes at the group. Cook wanted more than his supporting cast and fair-weather audiences could offer him. Two years after the shoe-down at Boston Garden, Cook moved to New York City to perform full time, and two years after that, he would finally move to Los Angeles, home of Hollywood, the ideal place for a burgeoning talent to find a worthy audience. That audience would finally give Cook his breakout success in 1998, in a performance on the stand-up comedy series curated by Comedy Central, Premium Blend. 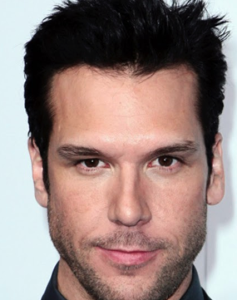 Demetri Martin, B.J. Novak from The Office, Darrell Hammond, Daniel Tosh, and Ron White. Simply landing the gig on Premium Blend put Cook in good company, but his success on the show allowed him to net his own half-hour Comedy Central special just two years later, in 2000. This was just the beginning of his business relationship with Comedy Central however. His first comedy album, Harmful If Swallowed dropped on Comedy Central Records in 2003 to widespread acclaim.

The certified platinum comedy CD/DVD set, Harmful If Swallowed, has sold over a million copies in the United States alone and continues to be one of the most popular comedy albums of the new millennium. The stand-up set featured on the album focused on the awkward moments that occur in everyday life, again told in the form of whacky stories purportedly from Cook’s own life and times in this weird world. Fan favorites include bits about the “pickles lady” at a local fast food restaurant, the uncoolness of Kool-Aid, the pleasures of tickling, playing Monopoly, and the horrors of public restrooms. Fans seemed to respond positively to the fact that, like Jerry Seinfeld before him, Cook’s universal humor does not rely on deep, insightful ideas or political messages. Criticisms of the album included the raunchy descriptions of sex and the fact that the energy and sometimes very physical comedy of Cook’s routine did not translate well to the audio medium.

His next album, Retaliation, put Dane Cook into the public spotlight immediately, and not for entirely positive reasons. Retaliation, released in 2005, rapidly went double platinum and even reached the top ten of the Billboard charts, the first comedy album to do so in nearly thirty years. It had a similar style to his last album, but had nearly twice the running time and a wider variety of jokes. The sophomore album’s most common criticisms included the fact that it was less quotable, sometimes too dark, and perhaps aimed at a younger audience. A more concerning criticism was that several of the bits the appeared on the album were eerily similar to those from an earlier, far more obscure 2001 comedy album from then relatively unknown comic Louis C.K. The disputed material including gags about cyclists being hit by cars, anal irritation, and children with weird names. Other claims of plagiarism have also troubled Cook’s career, with comedian and popular podcaster Joe Rogan later claiming that a sketch of his own was stolen by Cook. Louis C.K. and Cook would finally have a fictional confrontation about the plagiarism claim on C.K.’s television show Louis in 2011, settling the matter once and for all. In general, however, the strength of the album’s performance with the public was enough to net Cook his first starring Hollywood movie role.

The 2006 comedy Employee of the Month marked the start of Cook’s foray into Hollywood as a major player. He had appeared in a number of earlier films in smaller roles, including the cult hit Waiting. In Employee of the Month he appeared with the considerably less famous Dax Shepard though, starring as “Super Club” employees competing to win the love of their co-worker Jessica Simpson. The film was a box office success despite negative reviews. 2007’s Good Luck Chuck paired him with a different famous Jessica, Jessica Alba, as a lothario known to drive women into marriages with other men in their desire to get away from him. Although initially finding his “power” a great gift, allowing him to woo and bed many women in rapid succession, when Chuck falls for Jessica Alba, he must try to “turn off” his power in order to keep her from leaving him and finding somebody else. Again, the movie was successful enough with fans of Cook, Alba, and romantic comedies to be considered a box office win, but was panned heavily by film critics for its vulgarity and “mean-spiritedness.” Cook’s romantic comedy trilogy was bookended by My Best Friend’s Girl, which focused on a love triangle between Jason Biggs and Kate Hudson.  While slightly less successful, it still ended its run well in the black.

Last year, he hit the road for a mini stand-up tour. In total, there were three shows; the first one took place at Harrah’s Resort Social on September 4th, in Funner, California, and the last two were held at the Boch Center – Wang Theatre in Boston, Massachusetts, on October 29th and 30th. He also filmed a couple of comedy specials in Boston- his first since 2014.

Around that same time, he began swimming resistance training, which he has been documenting on Instagram (he had gained 30 pounds at the time). According to one of his posts, he dedicates 20 minutes each day to the workout and burns 1,000 calories per session. While he hasn’t revealed anything about his diet, he did say that he drinks a lot of water and stays away from drugs and alcohol.

As far as television appearances go, he hasn’t many any since 2020. That year, he appeared in Extra, Entertainment Tonight, Access Hollywood, Dennis Miller + One, John Pinette: I Go Now, and was also a guest on Michael Rosenbaum’s podcast, Inside of You With Michael Rosenbaum, which he had been on previously.

Prior to that, he had appeared on The Tonight Show Starring Jimmy Fallon, Larry King Now, Today, TigerBelly, and Jimmy Kimmel Live!.

What is he up to now? He’s been performing at various venues. Not only that, but he’ll also be headlining a stand-up comedy show in Mexico later this year.

For those who’d like to keep up with him and his shows, you can follow him on Instagram (@danecook). As of right now, he has more than 735K followers. You can also find him on Twitter under the same handle. In fact, that’s where he hosts his live Q&A sessions.