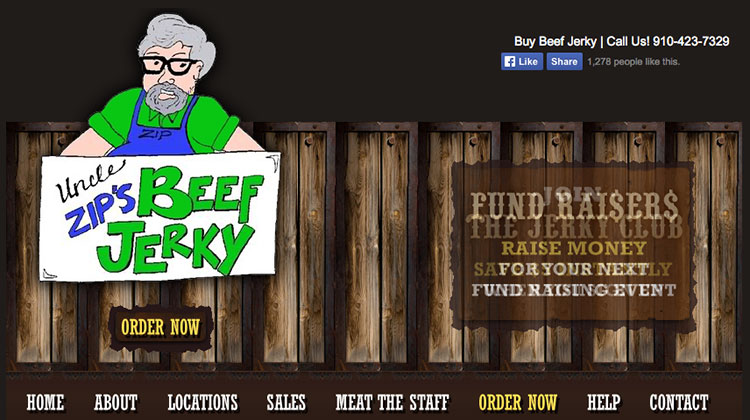 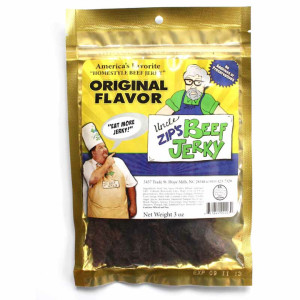 Ken Howell is a man who had to suffer a great deal in life before he finally realized how he was going to push through his sorrows and keep moving forward. Shortly after Howell lost his father, his nephew and wife passed away also. The sudden trifecta of losses sent Ken spiraling down into bout with depression. He struggled for some time to figure out what to do with his life, but he found comfort and strength in the family business that his father had left behind.

Several years prior to Ken’s father’s death, he had concocted a recipe for beef jerky that had become quite a hit among family and friends. The jerky’s recipe didn’t call for any additives or preservatives, which means it has about a 2 month shelf life, but it was usually eaten long before the expiration date hit. Ken decided that he was going to use this recipe to propel the family business forward as a way of honoring his father and his business. What he wanted to do was to put Uncle Zip’s Beef Jerky out there on a larger market, but he was going to need some help to do that.

Howell walks into the Shark Tank seeking a $25k investment in exchange for 20% equity in his business. Then he begins to explain how his beef jerky is a lot different and better than other beef jerky’s that are mass produced. Because large jerky companies use additives and preservatives in their product, they can sometimes be extremely tough to chew and can even have a slight chemical taste to it. Howell’s product excludes these additives and preservatives, so his jerky has a nice fresh taste that many of his customers love. He even has samples of it for the Sharks to try for themselves. Jeff Foxworthy, the guest Shark on this episode, admits that the jerk is very good and Robert Herjavec asks where the Uncle Zip’s name came from.

Howell’s father was the original owner of the business, which was featured in the local Yellow Pages. The nickname “Zip” comes from a joke that his father would make, which is that he could “zip in and zip out” during sale transactions. After that the nickname just kind of stuck around. Since having taken up his father’s place in the business, Ken is now known as the new Uncle Zip or is simply called “Jerky Man” by the people in his hometown.

Kevin O’Leary has some mild concerns about the fact that there are no additives or preservatives in his product, despite the fact that it does taste pretty good. He wants to know how the jerky will keep in the packaging. Though the product won’t spoil right away, Uncle Zip’s Beef Jerky will only keep for about 2 months on the shelf, which is a lot shorter a shelf life than his competitors, which will last around a year or so. However, Howell states that the only reason that other beef jerky’s last so long is because of all the added chemicals that are in them, which isn’t so great for taste or a person’s health. 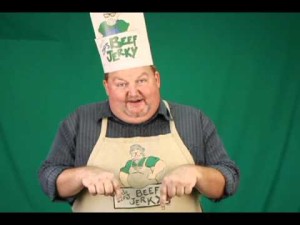 When asked about his sales, Howell admits that he hasn’t been doing so well in sales for the past 7 years because of his father’s passing away. At the highest peak in sales, right before his father became sick, they made around $100k in sales. Last year the sales fell down to about $40k to $50k. However, he plans to use the $25k investment to upgrade his manufacturing facility so that they can supply more retail locations and expand further from his hometown in North Carolina. The only catch is that with each new location they expand to, a new processing plant would need to be build. Herjavec doesn’t seem to see much sense in that, but Howell is convinced that people will go crazy over his fresh beef jerky and forget about the ones that have an extremely long shelf life.

Herjavec is failing to see why Howell is continuing this business because during the seven years that he has been running it, he hasn’t been making much of a living. According to him, he believes that Howell is only maintaining this business because it acts as a sort of tribute to his father. Howell does admit that there is a part of him that is doing this for his father, but he truly believes that with the help of some capital, he can really get his business going again. In spite of all this though, Herjavec still doesn’t think that Uncle Zip’s is a business that is worth investing into, so he drops out. Daymond John also feels the same, stating that it is only a small business that doesn’t qualify for an investment.

Next to speak and make his decision is O’Leary. He says that he does love the story and that the jerky itself is very good, but what Howell has is a very small micro-brand that probably won’t make it any further than where it is now. As a result of those facts, he too can’t invest any money into the business. Foxworthy is quick to tell him that he isn’t going to invest either, but only because he too has his own line of beef jerky. However, he does believe that his product is good and that he could probably make a good living off of his business. All he needs is some more time to develop it before he can start asking other people to invest into it. Barbara Corcoran agrees that he can pull himself through this and get back on his feet. She believes that Howell doesn’t even really need help from any of the Sharks because he has been through so much and was capable of facing those hardships on his own.  With all of the Sharks now out, Howell has to walk away from the Shark Tank frustrated and empty handed, but he has no intention of giving up on his business quite yet. 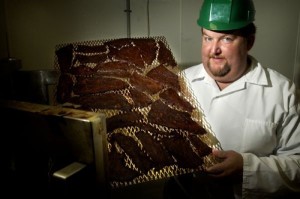 Ken Howell’s appearance on Shark Tank sent his business skyrocketing towards success. In the months following the airing of the episode, Uncle Zip’s Beef Jerky received more orders than it could fill. Things were going great for the business until tragedy struck again. Howell found out that he had stage 4 cancer and later passed away. He asked that the company keep going on even after he passed, but the company lacked the heart and soul that Howell provided it with and has since then slowed down with sales. Uncle Zip’s Beef Jerky still has its own website though (http://www.unclezipsjerky.com/index.php) and it appears as if you can still place orders for the freshest beef jerky on the market.