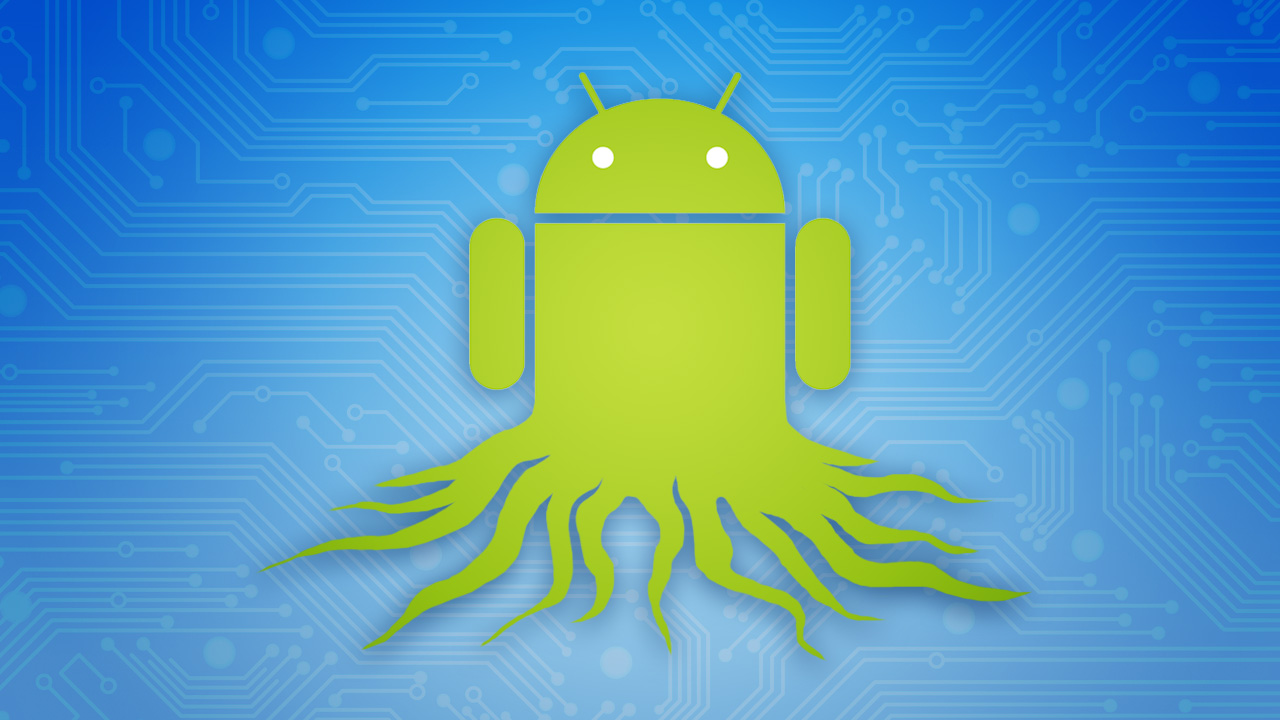 What does it mean to “root” your Android device? When you root your device, you’re enabling the device to give you, the user, administrative rights, or “rooted” rights. This enables you to act as a superuser, and access different functionalities and abilities that are normally locked. This also allows you to use different Android apps exclusive to rooted users. Here is a 2018 list of some of the best and most essential of those apps you can download.

One of the most popular reasons to root your Android device is to be able to delete bloatware from it. 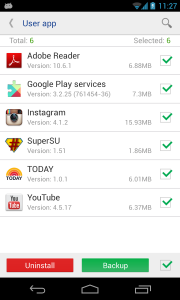 System apps like Memo and Email are nice and all, but if you don’t use them, they’re just wasting valuable hard drive space. System App Remover allows you to access the files of these pre-installed apps and delete them from your device.

System App Remover is simple, and it’s easy to use. Unlike some other root apps, it also allows even the most technically illiterate to make use of it. Are you not sure whether or not deleting a certain system app will brick your phone? System App Remover specifically tells you which apps are okay to delete, and which apps aren’t. It’s a very user-friendly experience, and one that I highly advise all rooted Android users to take advantage of.

Deleting bloatware isn’t the only thing that a rooted user’s elevated permissions allows them to do. Device Control is a highly comprehensive root Android app that allows users to manipulate several different aspects of their Android device. You’re able to under or overclock your CPU or GPU, to squeeze extra power out of an older device. You’re able to manipulate your vibration strength, different variables involving screen brightness, and so on.

Device Control also comes with a file management system. As a rooted Android user, you kind of have to get used to browsing through a lot of files. A lot of an Android’s hidden features are buried deep within the file system, and you have to get used to the different paths within that file system. Device Control is already a really useful app, and an integrated file management system only makes it more useful.

Good Mood Droid Gesture Control is a pretty fun little app, although I don’t know if I would call it essential. It allows the user to specify and assign different unique touch gestures to the Android device. For instance, maybe you want to make it to where swiping with three fingers causes you to reopen an app that you just closed.

All of these changes are mostly personal preference, but if you find yourself inundated with a specific simple task on a regular basis, you may want to look into this one. It will certainly make your life a lot easier for you. Keep in mind, though, that this application is obviously on compatible with devices that possess multi-touch capabilities. 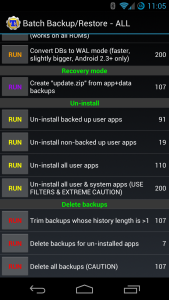 Titanium Backup also enables the user to schedule backups. Maybe you’re forgetful, and you want to make sure that all of your data is backed up at least once a week. All you have to do is set the day and time, and Titanium does the hard work for you. Titanium Backup also has a few other nifty features, like bloatware deletion and uploading of backups to the cloud.

It should be noted, though, that one of the bigger jokes in the rooted Android community is how ugly the user-interface it. And it really is ugly. It’s difficult to navigate, it’s confusing, and it’s not at all attractive. However, if you can’t judge a book by its cover, then I suppose you can’t entirely judge such an essential app based on its appearance.

Do you ever feel like your Android device is just a little too slow? Do you feel like it takes way too long to open an app, or that you crash too often when you’re using one? If so, you may want to look into Smart Booster. Smart Booster is an application that allows you to view your device’s RAM usage, and then manage that usage. 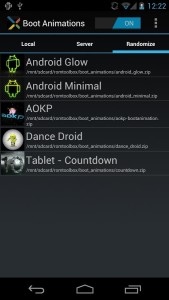 Let’s be real for a second. Taking advantage of all of this additional functionality is great and all, but do you know what’s also pretty great? Making your phone look sexy. Boot Animations is one of many cosmetic apps out there, aimed at rooted Android users. In my opinion, it’s one of the easiest to use, not to mention the funnest.

As the name implies, Boot Animations allows you customize the little animation that plays when you first boot up your phone. If the thought of going out and finding your own animation is too daunting, you’re in luck. Boot Animations also offers a library of pre-installed animations, so you can just pick and choose whatever you like. Easy as pie.

AdBlock Plus was taken off of the Play Store a while back ago, but they’ve somehow managed to weasel their way back onto it. If you’re someone who often finds themselves bogged down by pop-ups when you’re trying to browse the web, AdBlock Plus is the ideal app for you. The AdBlock Plus app is a little different from the browser extensions than you may use on your PC, because it’s actually a complete browser (based on Firefox), not just an extension.

Keep in mind that, by blocking Internet ads, you’re kind of changing the way that the Internet marketplace occurs. Adblocking services have caused a lot of websites to have to use a subscription payment model to have to make money. Even so, it’s your Android device, and you can do whatever you please with it. Just…maybe turn off AdBlock when you browse Gazette Review?

Alright, so maybe Rec is a little more niche, but it’s still a really great app. It’s even kind of fun to just play with on your own. Rec is an application that allows the user to record directly from their Android. This is the ideal application for someone who may want to record app gameplay or create different online Android tutorials.

Unlike some other screen capture apps, Rec allows you to use your device’s integrated mic for audio recording purposes. Rec also offers you an entirely wireless experience, enabling you to record on the go or away from the computer. If you ask any Android video mogul which screen recording app is best, most will probably say Rec.

One of the bigger complaints that people have with smart devices in general is that their batteries die out too quickly. This is because devices tend to consume a lot of power when you’re using them, and they continue to use some of that power when the device isn’t in use. Greenify is a convenient app that helps to alleviate that issue. 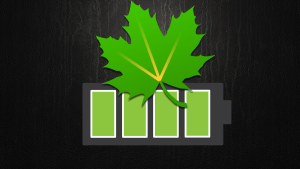 Greenify allows you to minimize impact of your more battery-draining applications — these could be applications that are CPU-intensive, RAM-intensive, or that run in the background while the app is closed. Greenify identifies these apps, and “freezes” them, or places them in hibernate mode. A lot of battery management apps will just kill the apps entirely, and they don’t consider how rebooting a killed app is also really heavy on the battery. Greenify helps you to get the most out of your phone’s battery, and it does so in a really sensible way.

Greenify is technically available to non-rooted Android users. However, a beta version of the app ($2.99) is available only to rooted users, and allows you to test out some cool new experimental features. Plus, it lets you support the developers, who work hard to deliver a positive experience for you.

DiskDigger is an app that I had to include on this list, because it’s saved my skin on so many different occassions. I’m sure everyone knows the horrible feeling that you get in your gut when you accidentally delete an important file off of your phone. If you have a rooted Android device, you can use DiskDigger to retrieve the file.

A lot of people think that when you delete something, it’s gone forever. That’s not really true. Just like deleting something off of your PC’s hard drive just causes it to go in the Recycle Bin, an Android device is similar. The deleted file is stored in a folder, where it is eventually deleted. If you’re quick enough, you can use DiskDigger to easily search for that file, find it, and pull it out of the metaphorical trash. 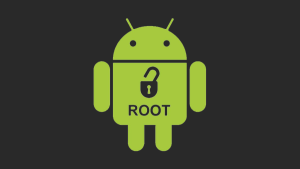 Honestly, there are way too many rooted Android applications out there for me to possibly describe in one article. Root Call Blocker Pro ($7.00) lets you permanently block numbers that are spamming you via text or phone call. GL Tools ($3.99) lets die-hard mobile gamers optimize the graphical settings of their device. ROM Toolbox Pro ($6.00) bundles a lot of these useful applications all together!

The Android application development community is a very active one, and more and more helpful apps are being put out there by the day. If you’re a rooted Android user, your options expand to even greater heights than before.