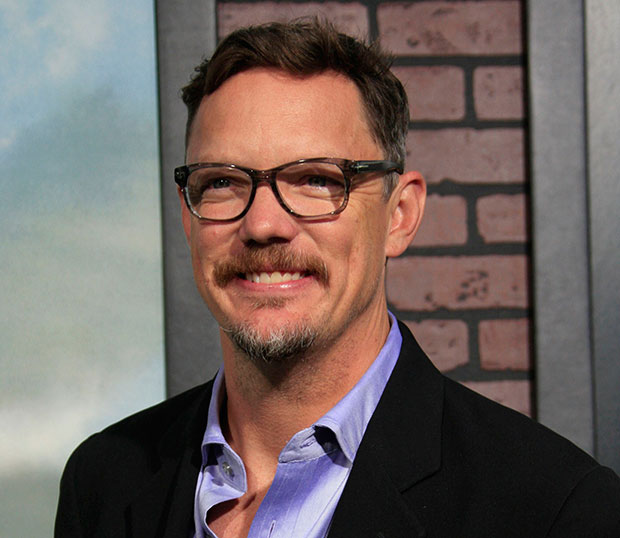 I’ll be honest, I have something of a soft spot for the works of Matthew Lillard. I grew up with his films so there is an element of nostalgia coloring my perceptions of his career. From “Hackers” to “Scooby-Doo” I just find something fun about most of his flicks. He’s made a career out of playing oddballs, weirdos and knife wielding sociopaths and he does his job well. So what is he up to these days? 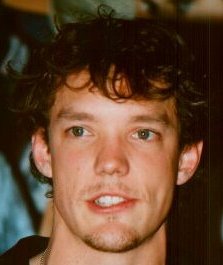 Matthew Lillard was born on January 24th 1970 in Lansing Michigan. He got his start on television in 1989, hosting the show “Sk8-TV” for Nickelodeon. He went by the stage name Matthew Lynn at the time. The show was cancelled after only thirteen episodes. He also founded his first theatre group the Mean Streets Ensemble. He would perform with them for a little over a year before moving to New York to attend Circle in the Square Theatrical School in New York.

He made his feature film début in 1991, as an extra in “Ghoulies 3: Ghoulies Go to College”, the sequel to a cheap “Gremlins” cash in. After attending Circle for two years he landed a supporting role in the John Waters dark comedy “Serial Mom” as the title character’s teenage son. The film received generally positive reviews. The following year he had another supporting role in the cult classic fad film “Hackers”.

One of five films released that year about a group of young hackers. Angelina Jolie and Johnny Lee Miller starred while Matthew Lillard played Emmanuel Goldstein, aka Cereal Killer. The film was ridiculous. Hollywood hacking at its finest, but once you get past the ludicrous elements, parts of the film can be seen as somewhat prophetic. Its depiction of a youth subculture consumed by a resentment of authority, belligerent self-importance, an idealistic lust for openness, freedom and anonymity rings true even to this day.

His break out role came in 1996 in Wes Craven’s “Scream”. He played Stu Macher, the seemingly fun-loving party kid. If you haven’t seen it by now it turns out Bruce Willis was dead the whole time. Also Stu and Billy Loomis were both the killers. The film played with the tropes of the slasher genre, one of the first post-modern takes, after Craven’s previous flick “New Nightmare”. The excessive lampshade hanging wasn’t for everyone, but personally I loved it. I’m a big fan of really good practical effects, and having seen a lot slasher flicks before seeing it, the core concept was both novel and hilarious to me.

Though he died in the first film Matthew Lillard had uncredited cameos in the “Scream” sequels. His next big role was as Steveo Levy in “SLC Punk”. The film received mainly positive reviews at the time, but it really struck a chord with me. The social alienation of being in a fringe subculture, the acceptance of peers in the punk scene while trying to figure out what you want to do with the rest of your life is a poignant message for a certain kind of person. Fantastic soundtrack too.

While he appeared in a few other films after none were much of a success. So now we hit the part of the article where I talk at length about the live action Scooby-Doo movie. Simply titled “Scooby-Doo” Matthew Lillard played Shaggy. He. Was. Amazing. The only saving grace to the film that was released. He somehow captured the character perfectly, from mannerisms to that iconic voice.

While I liked it, it was critically reviled. There’s something that people don’t get about the flick though. The script that the stars signed up for wasn’t the one that was filmed. Originally it was to be a little darker, a little more adult in nature. You can see how it could have went in the final film. The actors all brought an interesting spin of the characters they were playing. Emphasizing traits that never came to the fore in the cartoon. I like the movie for the performances, but I lament what could have been, the bones of the film are great. Scrappy being the villain was a stroke of genius, in places you can really see that the film was meant to be more of a wry adult look at the franchise. Give it another go.

Matthew Lillard met wife to be Heather Helm at a friend’s party. He knew immediately that he wanted to be with her, and when she told he she was going to Italy for a wedding he impulsively decided to go to. The two wed in 2000, they have three children.

What is Matthew Lillard Doing Now in 2018?

Matthew Lillard has turned playing Shaggy into a lucrative career. He is the go to actor to voice the character these days. He has played him in most of the cartoons released after the film. He made his directorial début in 2012 with the critically acclaimed “Fat Kid Rules the World”. His film career has slowed a little in recent years, though he did put in a great performance in 2014’s “Match” opposite Patrick Stewart.

These days he runs the theatre group Blue Sphere Alliance. This year he is starring in a television remake of the 1990 film “Problem Child”, continues to voice Shaggy, this time for “Be Cool Scooby-Doo” with long time Freddie actor and famed animal impersonator Frank Welker. He has a recurring role in “The Good Wife” and an active twitter, where he regularly answers fan questions.

In exciting news for myself, being such a fan of the guy and the show I am about to mention, Mathew is set to appear in David Lynch’s continuation of the cult classic TV show Twin Peaks. All of the old cast are back, with the exception of those who have died, and those who may have died in the original run. I for one am excited to see what he can do with the not doubt stellar material from Lynch and Frost.