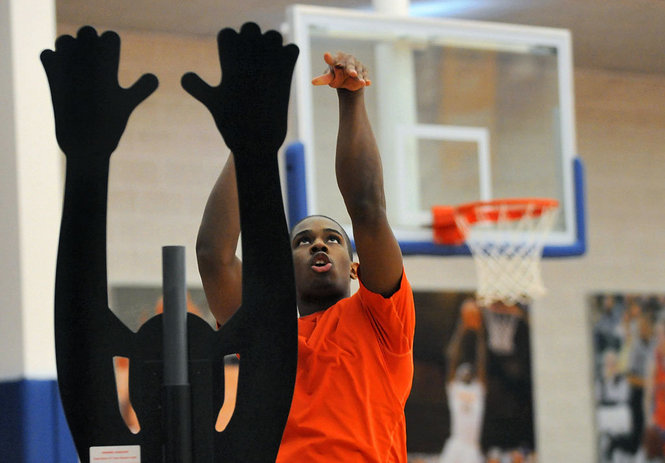 When we meet Tony Devine, one thing is apparent from the get-go: this guy has guts. With the charisma of a natural salesman, the story of a proud father, and the authenticity of a small-town basketball coach, he comes across as confident, saying about his product “I think the sharks are gonna love it.” Tony tells the story of his son, Devon, whose shooting accuracy was great, but on the court, he struggled with up-close pressure from the other team. Tony immediately began searching for a solution, and within a week, he had a rough prototype. His product? The Original Profender. The Profender consists of a human silhouette, positioned on a stable rolling base. Its height and position are adjustable on the fly by an operator holding an attached pole.

With his son in tow, Tony pitches his product. He tells the story that we’ve already heard, coming across as authentic and excited about what the Profender can do. After this introduction, he asks for seventy-five thousand dollars in exchange for fifteen percent equity in his business, a five hundred thousand dollar valuation. At first, his chances with the sharks seem promising. Mark Cuban, who is certainly experienced in the basketball industry as owner of the Dallas Mavericks, says there is value in the product as a training tool for teams. A live demonstration of the Profender, in which both Tony’s son Devon and Mark Cuban himself participate, is a success. Tony manages to get some laughs from the sharks with Mr. Wonderful-ified prototypes, bearing the likeness of Kevin O’Leary himself.

However, things go downhill when Mark questions the product’s scalability. Can it become a real business? These concerns worsen when Tony tells Kevin that he only has twenty-five thousand in sales for the first year, based primarily on a door to door sales campaign. Despite an apparent personal endorsement from Kevin Durant, the revenue stream is small. Typically, valuation is based on a multiple of yearly sales, and even one hundred thousand would be generous for the minimal progress Tony has made. As if things couldn’t get any worse, the sharks quickly become confused and skeptical when met with the price structure. Tony claims that the fully functional model will be sold to schools and professional teams for just short of five hundred dollars, but a two hundred dollar model will be available for retail. Barbara doesn’t like his lack of preparation. If the retail model is the real money maker, why doesn’t he have a prototype? And how will functionality suffer to reduce the price by sixty percent? It doesn’t work for her. “I love you, but I’m out.” 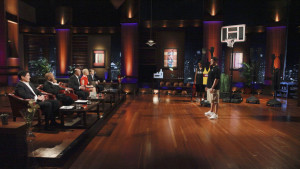 Things don’t look good. Robert Herjavec calls out the price point of the consumer model, claiming that even two hundred dollars is too high to make it a successful product, and also steps aside. Kevin makes a similar point, saying that he doesn’t see it as a viable large business (despite his appreciation of the flattery.) Daymond also comes out against the price, saying he knows a guy he could hire for life for five hundred dollars. “And he is TALL!” This gets a big laugh, but the situation is grim for Tony.

All eyes are on Mark. He was the key to a deal for Tony from the start, and the other four sharks’ rejections mean nothing if he buys in. After some contemplation, Mark throws up his hands, preparing to soften the blow of his own rejection. Tony stops him in his tracks and makes a weak attempt to level with him, saying that they’re really not so different after all, when it comes to personal drive and motivation. This pep talk goes over about as well as expected, given that, past the smiles and sense of humor, Mark is a numbers guy at heart. He explains that, despite his ability to get the Profender into athletic departments all over the place, that’s just five hundred bucks in revenue for each unit, and it’s a business model with a ceiling. If the Profender were to work, it would have to hit the shelves, which isn’t exactly Mark’s expertise. He steps out.

At least it’s not a heartbreaker. Tony accepts defeat with optimism, firing off a few sports metaphors (I half expected an “Every shot you don’t take…” reference.) He clearly has a product with potential, but his execution is sloppy. He doesn’t have a real market strategy. His prices aren’t based on any real costs of manufacturing. His valuation is way off. And to be honest, I’m not sure if it solves a real problem, or at least particularly well. Maybe having a physical object that resembles an opposing player is helpful psychologically, or maybe it works just as well as the broomsticks that Mark says the Mavericks train with. Beyond that, it still requires an operator, so it has limited use for solo practice. Some shark tank pitches are ruined half way by a gaffe or misjudgment, but this one didn’t start strong enough to get much excitement in the first place.

After Shark Tank: The Original Profender in 2016

It’s not all bad news. Tony’s website, theoriginalprofender.com, is still up and running. Five products are being offered. There are three tiers of the standard Profender unit, priced at two hundred fifty, five hundred, and seven hundred dollars. The differences are in maximum height adjustment, length of the push pole, size of the silhouette, customization options, and construction of the base. The ProHand sells for twenty dollars and is essentially a two foot long arm made of rubber material, and the BigManPad is a four foot vinyl silhouette that a practice partner holds, meaning it lacks a base. While Mark didn’t think it was worth his 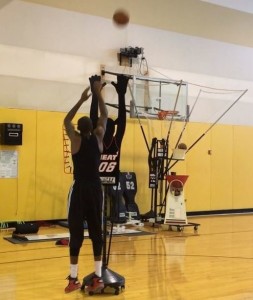 time to call up professional and college programs to sell Tony’s product, Tony’s managed to make deals with the likes of the Miami Heat, Ohio State, and Ole Miss, among others. Also impressive is his active Twitter feed, with several updates in the last twenty-four hours, a breath of fresh air when compared to the likes of season one’s LifeBelt.

Tony Devine may just be a savvier businessman than we thought. In an interview with Rob Merlino of Shark Tank Blog, Tony clears a few things up. He’s critical of the show’s editing, claiming that they selectively removed information from his pitch about the consumer model, his major weakness in the aired episode. He thinks it failed to accurately capture his plan of using the requested capital to finance the production of plastic molds for the consumer model. While he lacked a prototype for the consumer option, there was more substance there than we were led to believe. On the other hand, Tony thinks the sharks themselves were fair, although he does rib Mark for needing about fifteen tries to make a shot over the Profender.

If you’re a coach, parent, or competitor looking to work on some defense, the Profender could be a good choice. It had every indication of fizzling out after Shark Tank, but Tony seems committed to producing a quality product in the long-term. I won’t say that the sharks missed an investment opportunity, but the business is clearly successful enough to keep Tony going. Myself? I’ll need a little more convincing before I give up the broomsticks.