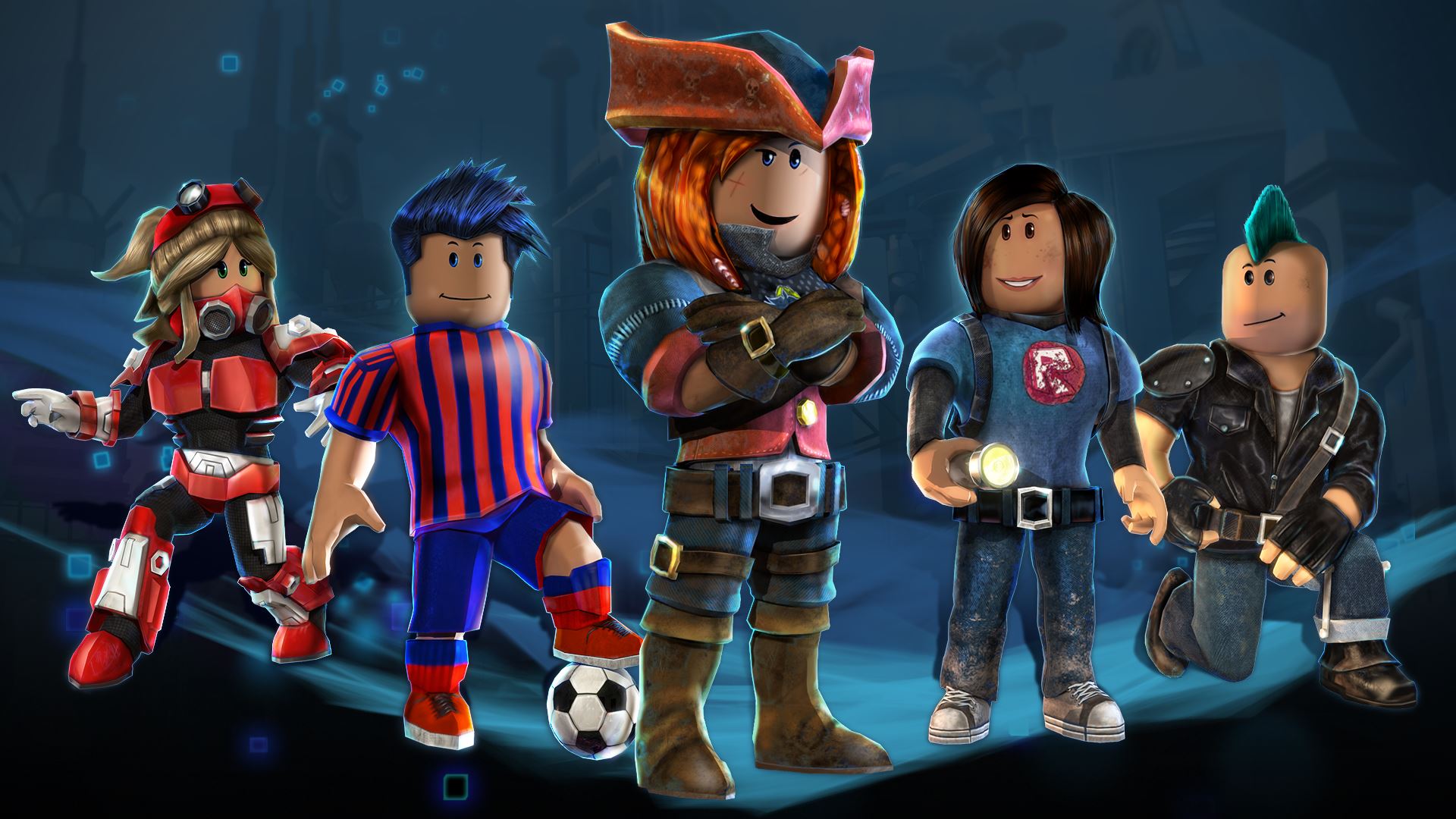 Roblox is a game that has been around for a long time, and it has seen a good deal of success and popularity during that time. Roblox is a game where players create their own avatar, and explore other user-created worlds. Although it was very visually different upon its initial release, with the recent popularity of other similar games, you’ll find that its general concept is very similar. Worlds are block-based, and character models are simple. The active player community, with the help of Roblox’s sophisticated (and shockingly easy to use) building and scripting tools, have created millions of different levels, where each one is different from the last.

As I mentioned before, Roblox has been around for over 10 years now, but the population is still kicking. However, there are still plenty of reasons why a fan of the original game may want to look for an alternative. Maybe you have outgrown the user base, maybe you’re tired of the “minimalist” graphics, or maybe you’re just looking for something a little different. Either way, with the recent popularity of this particular genre, there are plenty of alternatives to choose from. For some examples, take a look at this list of the top five games like Roblox. 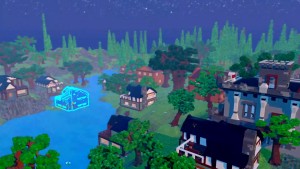 Although it’s pretty new to the crafting game scene, it’s no surprise that a game developed by LEGO would be such a critical success. Lego Worlds is very similar to Roblox, as users create their own characters and then explore a larger world. The crafting/building system, which supports a multitude of different actual Lego pieces, means that your constructions can be either really detailed, or really simple. When games like Roblox first hit the Internet, there was always a lot of talk about how “Lego-like” the building mechanics were. I suppose it’s ironic to now say that a game like Lego Worlds is Roblox-like, but it really is.

Visually, Lego Worlds is miles ahead of Roblox. Although it’s not optimized perfectly, they’re usually very smooth, and they look incredible in HD. If any of Lego’s previous games are any indication, when this game is finished, it will be stunning. Gameplay primarily consists of exploring and building, which is far less dull than it sounds. Building in this game is in-depth, and I would argue that it’s much easier building in this game than in Roblox.

The only issue with Lego Worlds as a Roblox alternative is that, as an early-access game, it’s a little unfinished. There are still a lot of features that have yet to be added, including online multiplayer. I can understand why that would be a dealbreaker for some, which is why I decided to place this game so low on the list. However, it’s only a matter of time before multiplayer is added to Lego Worlds. This game is from Lego themselves, not some small indie studio. You don’t have to worry about the game being abandoned before it’s finished. 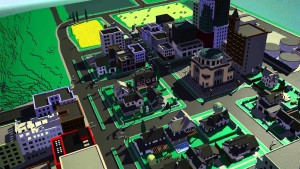 Out of every game on this list, Blockland is probably the most actually like Roblox. In terms of graphics, gameplay, and premise, it often feels and looks like a clone. It’s a pretty obvious choice for this list of games like Roblox. In Blockland, you can mine, build, play, and a whole lot more. Blockland offers a lot of freedom to the player, and its extensive modding capabilities are pretty close to that of Garry’s Mod. (Spoiler alert: We’re going to talk more about Garry’s Mod in a little bit.)

Like Roblox, this game features a lot of user-created levels and modes. Run in a Go Kart Race, participate in a classic Death Match, build with friends, and so on. The only limitation that you may face is the limitation of your own imagination. However, it’s worth noting that the Blockland player community is dying out pretty quickly. As this particular genre becomes even more crowded, this game finds itself being pushed out over time. Don’t expect to get into this game and immediately hop into a lobby full of people. It may take a little bit of patience.

Not to mention, the player community can be a little…much. If you play Roblox a lot, you may be used to it, but they can be a little insufferable sometimes. Most of the users are younger, and you can expect a lot of flame wars, a lot of gratuitous swearing, and so on. I wouldn’t let that completely perturb you, though. Blockland is a great game to play with friends, and it feels like a perfect fit for someone who enjoys playing Roblox.

Remember when I talked about how other games were pushing Blockland out? Unturned is one of those games. Relatively new to the online scene, Unturned is about as independent as it gets. (The game is developed by Nelson Sexton, who was only eighteen years old when he started with it.) So, you can’t really expect the same level of polish that you would see in a more “mainstream” game like Roblox. However, you’ll still have a ton of fun. 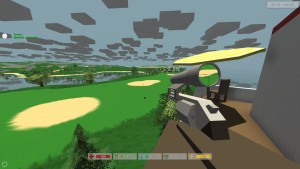 Unturned is a horror/survival game, where you run around a zombie-infested map, gathering tools and materials to survive. This genre may feel a little played out, but Unturned doesn’t ever really feel stale. The game is a lot more difficult than you may think, and some of the mechanics are pretty innovative. Right from the tutorial, I knew that Unturned had a lot of potential. Since Unturned is completely free, and since the horror/survival genre is so huge right now, it is always really populated. You can log in it at pretty much any time and find a server full of people playing.

Like I mentioned, though, Unturned is very unpolished. The building mechanic (which I think would be vital in a Roblox alternative) isn’t great, and the actual game is optimized terribly. However, it’s being developed and updated very actively. Like Lego Worlds, this game is one that you should keep your eye on. I expect great things from this game in the future, and its road to success won’t be a difficult one, seeing as they’ve already amassed such a loyal user base. 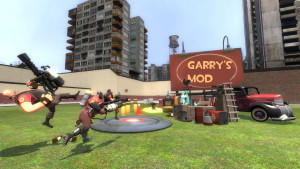 I wasn’t kidding when I said that I would get back to this one. Garry’s Mod, while it looks very different in comparison to Roblox, is a lot more similar than you might think. Like Roblox, Garry’s Mod isn’t really anything without its community. The players have created thousands of different levels, and thousands of different game types to go with them. From 3D modeling to scripting, modders do everything that they can to make sure that this game stays as popular as possible. And it’s definitely popular.

Gmod is considered one of the most essential Steam games that the PC giant has available. It’s difficult to really review this game, since the quality of the game itself is really dependent upon the user-created content. However, the tools that the users are given are really great, and it’s easy to make something worth contributing to the community. Either way, you could end up spending a lot of time playing on a server that’s broken and full of jerks, or you could spend time playing an actually good game with mature, interesting people. This game is so varied and so versatile, there’s something for everyone.

I don’t have many bad things to say about this game that can’t be said about Roblox. Yes, you’re going to run into a lot of younger kids. Yes, some of the servers have power tripping admins. Yes, some of the servers are broken. You can encounter all of that in Roblox, too. I really wish that I could place Garry’s Mod higher, but I think that while the next game on this list isn’t quite as sophisticated as Gmod, it’s unparalleled in terms of popularity, updates, and Roblox resemblance.

Yeah, this is a pretty safe choice. I remember when Minecraft first started getting popular in late 2011, there was a lot of talk about how it was just a straight rip-off of Roblox. And it’s true, the games do look strikingly similar. Character models look almost identical. Both games are touted for quality multiplayer. However, they’re pretty different once you start looking at them more closely. While building in Roblox is a lot less restrictive, building in Minecraft is done with square blocks, which makes building more sophisticated structures kind of complicated. Minecraft has also implemented a crafting system, which also adds a different wrinkle to the overall gameplay. 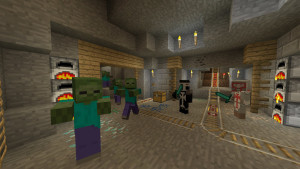 However, the games just feel so similar. When you’re sitting in a Minecraft PvP server for three hours straight, you can’t help but feel like this is how Roblox felt in its glory days. Roblox is definitely still popular, but I don’t think it can be argued that it saw its peak a few years ago. Minecraft has all of classic Roblox’s popularity, and it continues to grow by the day. The crew over at Mojang are hard at work in ensuring that the game stays as fresh as possible, and a massive combat update just came out a few days ago. The game feels fresh and different, while still maintaining a certain unique feeling that I think only Roblox has been able to capture. Playing with people from all around the world in these amazing worlds that other people have created, just having a good time and making friends.

And that’s that. If you want a game that looks and feels a heck of a lot like Roblox, while regularly adding features that continues to separate it from its competition, Minecraft is the game for you. If you like the idea of Minecraft, but you’re turned off by the reputation that it’s gained over the years, you’re not out of luck yet. I wrote another article not unlike this one that talked about the top five games like Minecraft that you could check out, too.

Roblox is a great game with a long history, and I’m glad that it continues to be popular today. If you’re looking for something that offers an experience that has the same level of quality, I think you should definitely look into any of the games on this list that caught your eye. If you know of any other games like Roblox in 2017 that you would like to recommend, feel free to tell me about them in the comment section below.