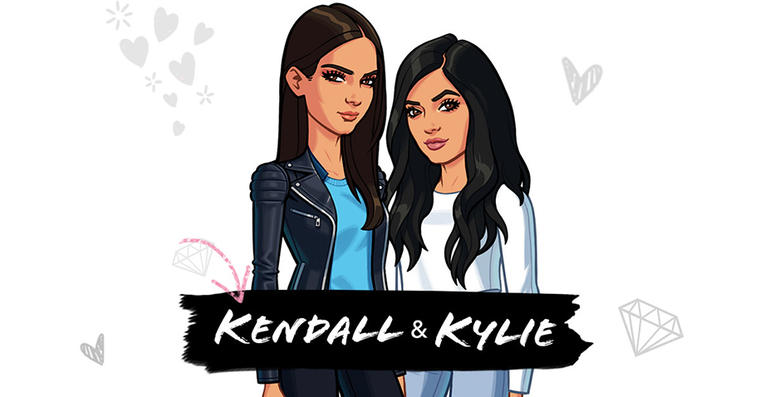 How is Kendall and Kylie doing?

Kendall and Kylie Jenner’s app, Kendall and Kylie, hit the App Store in early February. Within a couple of days, it was topping charts and earning a lot of critical acclaim. Users adored the game’s great interface, compelling story, and addictive gameplay. Although no official figures have been released yet, I think it’s safe to say that they’ve made a good deal of money off of this app already. If their commercial success even comes close to that of their predecessor, the sisters will be taking home quite the lofty paycheck. But I’ll talk more about that later.

Anyway, if you found yourself burning the midnight oil to play through this game for weeks on end, you may be a little sick of it at this point. That’s perfectly understandable. If you’re looking for a new game that shares the same general vibe of Kendall and Kylie, you should be happy to hear that this particular genre of app has blown up in recent years. There are plenty of apps out there for you to choose from, and in this article, I’ll talk about some of the best apps like Kendall and Kylie. 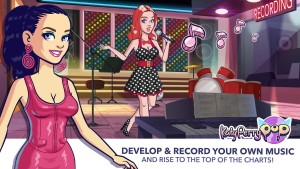 ne of the biggest issues that I hear people have with Kendall and Kylie’s gameplay is that it doesn’t make sense. It isn’t all that common for someone to become massively famous overnight by completing random photo shoots and hanging out with other celebrities. In Katy Perry Pop, your created character’s rise to stardom is a little more believable. With the help of pop star Katy Perry, you’ll record different songs with the intention of becoming the next big thing. Since both Kendall and Kylie and Katy Perry Pop are made by the same developer, you can expect general mechanics and gameplay to be pretty much identical. The games look and feel very similar.

Normally, I would think that Katy Perry Pop would easily earn the top spot on this list. The games are near identical, but still refreshingly different. Unfortunately, though, this app is absolutely plagued with technical issues. I have no idea what must have happened in the development process for this game to be so broken while Kendall and Kylie is so smooth, but it’s awful. The game crashes constantly, and has all kinds of stability issues. Still, once you can actually get the game going, it’s a pretty good Kendall and Kylie alternative, and it’s great if you’re a fan of the music business. 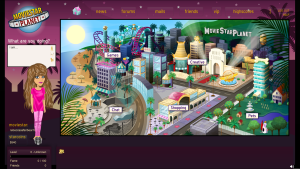 MovieStarPlanet, on paper, sounds like one of the greatest things in the world. Take the same general idea of Kendall and Kylie, which is being a nobody who works up to fame, and put it in a multiplayer world. Sounds super cool, right? Well, it is, for the most part. In MovieStarPlanet, you create a character who walks around, makes movies, and plays mini-games to earn money. This money can be spent on clothes and furniture. If you’ve ever played games like IMVU, it’s a pretty similar idea. Since it’s a multiplayer game, MovieStarPlanet doesn’t really have a story like Kendall and Kylie does. However, I think its social mechanics have no problem standing on their own.

There are a few other differences between the two games, too. Since MovieStarPlanet doesn’t have a story, there’s never really any sense of progression. Yeah, you’re trying to become famous, but there’s no way to see whether or not you’re actually doing that. This app doesn’t have the same feeling of satisfaction that you get in Kendall and Kylie, watching your fame go up. In my opinion, it seems more like a regular chat-based multiplayer game that is celebrity-themed. It doesn’t go much deeper than that. Still, there’s a lot of fun to be had here. If you like what you’ve heard about MovieStarPlanet but you’re not sure whether or not you would like it, I wrote a piece on some of the best games that are like MovieStarPlanet that you could check out. 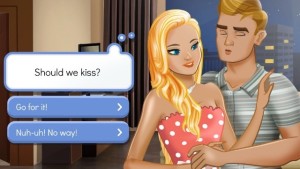 One of the biggest draws of Kendall and Kylie is the story, I think. It may seem vapid from time to time, but there’s something especially charming about being able to make all of these different choices and affect this larger-than-life story. If you enjoy the choose your own adventure style narrative in Kendall and Kylie, then I think you’ll love Episode. In Episode, players have the ability to choose from a wide variety of stories, and progress through them as they would like. (When I say wide variety, I really mean it. From sci-fi to high school, all of the genres are there.) The game is mostly text-based, so I think it would be an apt comparison to say that Episode feels a lot like the Western equivalent of visual novels.

Now, as a text-based game, you can’t really anticipate for there to be much in the way of gameplay. This app involves imagination and a lot of reading. It’s not really for everyone, and I can understand that. Still, from art to tone, these games feel very, very similar. If you get a kick out of starting up meaningless drama in Kendall and Kylie, then I think you should at least give this free app a chance. Some of the stories are surprisingly well-written, and a lot of them are really easily to spend hours in without noticing. The only way it could be any better would be if Episode could create a much longer story that involved primarily celebrity-based plotlines. But that could never happen, right? Hmm. 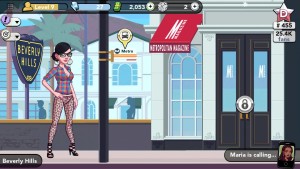 Alright, so I think it probably would have made a lot of sense to place this game at the top of the list, but I think that that would be a little cheap. For the uninitiated, Kim Kardashian: Hollywood is basically Kendall and Kylie’s predecessor, which I alluded to at the beginning of this article. It released a few years ago, and it really shook things up in the app industry. The game was initially met with resistance, being associated with Kim Kardashian, but people fell in love with its addictive formula, which would stand as the basis for Kendall and Kylie’s core gameplay. Basically, this game was getting people hooked on the Kardashian family before it was cool. And it made a lot of money in doing so. 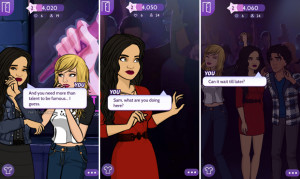 Remember when I talked about how a celebrity-centered Episode game would be the perfect Kendall and Kylie game? As it turns out, that game completely exists. Demi Lovato: Path to Fame is pretty cool, because it takes the great narrative that you find in Episode stories, and somehow makes it just as addictive as Kendall and Kylie. In this game, you play as a friend of Demi Lovato, who rises to stardom by performing alongside her. I think that performance is implemented in a kind of cool way in this game, with some of Demi Lovato’s music actually playing during the performances. Whether this is good or grating depends on your musical preferences, but I think it’s still a pretty cool touch either way.

Like Episode, Demi Lovato: Path to Fame plays out kind of like a visual novel. I can understand why this may be off-putting to some players, but I assure you that the gameplay in this game is much more personal than gameplay in some of the other Episode stories. Since this game plays out more as like a continuous arc than a one-off story, the experience feels much more intimate than you might feel in other Episode games. So, if you don’t like Episode, I still think you should give this game a try. When it comes down to it, this game is addictive, it has a great story, and and it’s easy to use. With that considered, I feel confident in saying that it’s the best Kendall and Kylie alternative out there. I highly recommend it to any fans of the original game.