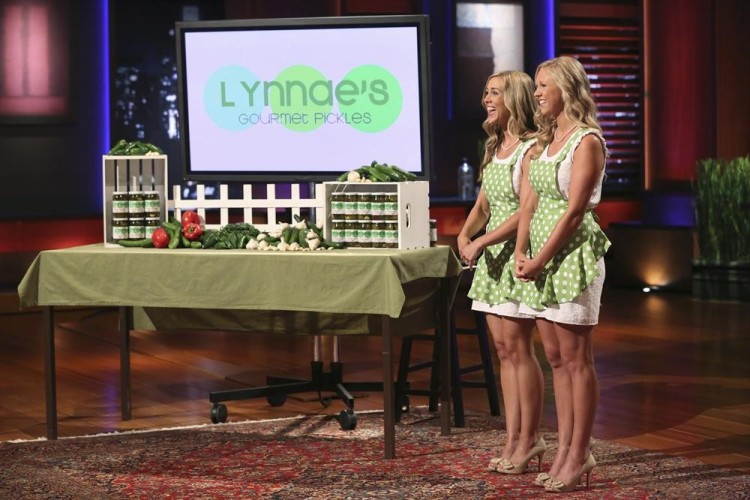 Aly Cullinane and Lynnae Schneller from Tacoma, Washington started Lynnae’s Gourmet Pickles in 2011. Starting small at first, with their products on the shelves of local markets, it didn’t take long before the brand began garnering national attention.

The company’s website, now called “Mrs. Pickles” (more on that later) states that their company was sparked by a 100-year-old secret family recipe that had brought the women in the family together for generations.

Lynnae’s Great Grandma Toots is to be thanked for the original recipe, now dubbed “Mrs. Pickles”. The recipe continues to be a tightly held secret. Even Lynnae’s business partner and sister-in-law Aly waited 7 years until she was married into the family before learning the coveted process.

Starting the business out of a trailer turned commercial kitchen, Aly and Lynnae were selling pickles faster than they could make them. They both decided to put their careers on the line and quit their full time jobs to pursue their pickle dreams. Less than two years in business, and the girls were ready to try their luck on Shark Tank. 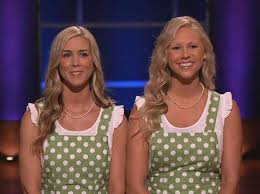 Aly Cullinane and Lynnae Schneller walked onto the show representing Lynnae’s Gourmet Pickles. They were asking for $125,000 for 20% equity stake in their company. Their pitch being that there had been an upsurge in the specialty food sector all across the United States, but sadly a certain niche had been under-represented, one occupied by pickles. A characteristic salty-sweet tang with a crunch that is singular and experienced nowhere else, pickles are very important to a lot of people. This seemed like a no-brainer, a guaranteed prospect. The Sharks had to bite, right? But those thoughts were just my personal feelings about pickles getting in the way. Shark logic apparently did not work the same, as would become clear very soon.

The Sharks were all smiles, giddy as schoolgirls, when Aly and Lynnae pointed to the pickles laid out in a spread of jars under their logo. The duo explained that they had launched the business two years prior (September 2011), and were now in over their heads with meeting demand. Thousands of orders had poured in, and the Shark’s investment was needed to put production back into gear. Aly and Lynnae then proceeded to hand out samples of their two flavors – Mrs. Pickles, their Original Sweet and Sour Dill (Thank you, Great Grandma Toots!); and Hot Mama, their Sweet and Sour Dill with a kick of Jalapeño peppers.

When Barbara Corcoran asked the girls about their sales so far, Aly replied that in the last twelve months they had made sales worth $144,000 which was 36,000 jars of pickles. Next, we began to see the nitty-gritty of the Sharks’ process, and the thus the potential chinks in the girls’ business model. Robert Herjavec questioned the two intrepid pickle-moguls about their pricing. Lynnae replied here, saying the suggested retail pricing per jar was $6.99, so they sold them at $4.00 wholesale while the cost of production per jar was $1.93. They had plenty of demand, but not enough capital to fill this inventory. Lynnae further explained that they were available in 200 locations across 26 states, at which Barbara was visibly impressed. The girls went on to say that they used the largest specialty foods distributor in the U.S and at this point, Mark Cuban chimed in with some very astute observations. He said the girls were in a classic entrepreneur’s dilemma, having so much demand that they could not meet with the required supply. Even though it was a tough problem, it was a good problem to have. A business usually gained a significant boost once it successfully tackled this particular issue. 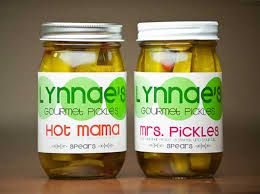 Mark pointed out that even if the girls were positioned at a point of potential breakthrough, in order to invest the Sharks would have to see something unique and differentiated in them, something that would make the average customer go “Wow!”. Barbara then, answering for the girls said that the unique thing about their brand was them, and asked them what they brought to the table other than the product and its marketing – all things that are readily visible to a consumer looking at any similar product in the market. The girls proceeded to explain about the National Pickle Hunt that they held around their city and nationally. A Treasure (Pickle?) Hunt wherein people follow clues to find posters around the city and in the end are led to a jar of pickles; winners got between $200 to $2000. “Chasing the pickle”, Kevin O’Leary said, and Mark hid his face in his palm, giggling.

Kevin then asked the big question, the question on the Sharks’ collective minds no doubt, “How do I make money with this?”, “How do you scale the business?”, Barbara added. To which Lynnae said that they had been approached by Target, one of the country’s largest retailers. Kevin was immediately skeptical about them being able to pull off a new larger deal, but agreed that if they did do it they would be in the big leagues. At this point we came to know that Lynnae’s Gourmet Pickles cost nearly twice that of regular pickles, and this seemed to turn the Sharks off immediately.

They proceeded to bow out one after the other in quick succession. Lori Greiner was the first to go saying that if she was going to invest in them, she had to like the product, and she didn’t like sweet pickles. Mark bowed out next saying the girls had probably been successful so far because they were too small to be noticed by the big players. But once they got noticed by a bigger, wealthier company, they would probably get crushed with a similar, more competitively priced product. Kevin said he didn’t like the idea of selling a jar of pickles for $7, and on a lighter note added that pickles were just not something he wanted on his portfolio.

That left Barbara and Robert. Robert bowed out for similar reasons as the others, saying he didn’t like the price point of $7. He loved pickles (bringing up his Croatian heritage), just not the sweet variety, and felt that he was not the ambassador they were looking for. Barbara bowed out by way of advice. She told the ladies that they didn’t need a partner. $144,000 in sales was phenomenal for a business in its first year, and that they would regret having to fork over 20% of it years later when they would be raking in the big bucks.

The girls accepted this sound piece of advice rather stoically. An interesting pitch, but the Sharks just did not want to take the bait that day. 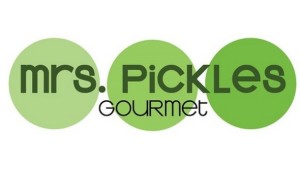 Even before Shark Tank the pair had been featured in the Wall Street Journal, CNN, USA Today, Reader’s Digest, Oprah and Ladies Home Journal.

Before their Shark Tank episode was aired Aly and Lynnae started a crowdfunding campaign on Indiegogo. They asked for $62, 500, but only managed to make $781 from 20 backers – a poor performance. The campaign closed on October 19, 2013, nearly a month after the airing of their episode. But this did not discourage the duo in the slightest. Aly said in an interview that they had prepared their website for millions of visitors yet it still crashed – the show really put the spotlight on them.

More than two years later, the company has re-branded itself as “Mrs. Pickles” in honor of Great Grandma Toots. Aly has said the brand is stocked seasonally in Costco (NW) and Kroger (NW), and also Winn-Dixie, Bi-Lo, Rouses and HomeGoods on the other side of the U.S.

The company as it stands now does not seem to be slowing down. The Sharks may not have bitten on the show that day – the girls’ pitch was just not for them, but the pickle-lovers of America sure seem to be of a different mind when it comes to Lynnae’s Gourmet Pickles.

Benjamin Kessel
Benjamin is a tech savvy millennial whose been known to preach the benefits of daily gaming. When not writing you can likely find him reading a book.
RELATED ARTICLES
Entertainment