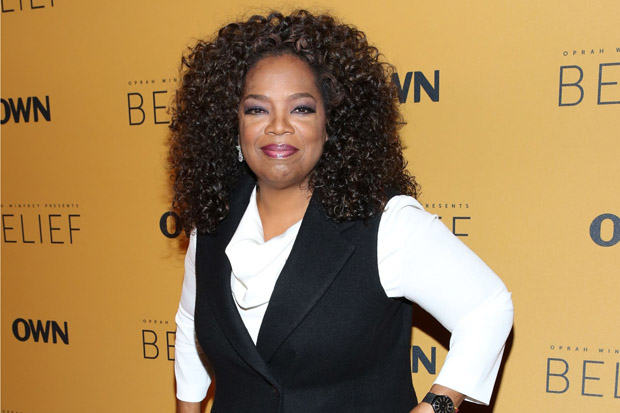 Oprah Winfrey is a name virtually everybody knows about. Many would immediately think of the powerful woman whose influence can easily sway the public. But did you know that she grew up to a very difficult and traumatizing childhood?

From a little girl who practiced speaking in front of farm animals, to a woman whose words can rake millions of dollars, read on and find out Oprah Winfrey and her story of success.

How did Oprah make her money & wealth

Oprah Gail Winfrey was born on January 29, 1954 in Kosciusko, Mississippi. Vernon Winfrey, her father, broke up with her mother Vernita Lee days after her birth. Her mother then traveled north, leaving Winfrey under the care of her grandmother. As a young girl Winfrey endured a life of extreme poverty and frequent spanking. Winfrey’s grandmother made her dresses using potato sacks as they couldn’t afford to buy clothes, and this earned her the mockery of the local kids.

Winfrey’s grandmother taught her how to read at an early age. She memorized Bible verses and passages from religious literature. She loved to act in front of an audience of farm animals and even “interviewed” crows and her dolls made of corncob. At two years of age she had her first public exposure when she spoke in front of the church congregation on Easter Sunday.

At the age of six Winfrey moved to her mother’s place in Milwaukee, Wisconsin. Winfrey’s mother worked as a maid to make ends meet. Unfortunately the salary was barely enough to provide for Winfrey and her new baby sister, and Lee was too busy to care for her two daughters. After two years Winfrey was sent to live with her father in Nashville, Tennessee albeit temporarily. Here she enjoyed a better quality of life and excelled in school. 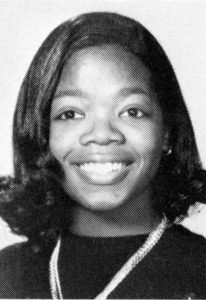 She went back to live with her mother and things began to take a turn for the worse. Winfrey was abused by some of her male relatives and family friends as her mother was too busy and relied on other people to watch over her. She kept mum over the abuse even as it lasted until she was 13. At the age of 14 she was impregnated but the child died shortly after being born. Later on she was sent back to Nashville.

Winfrey did her best in school with the support of her very strict father. She participated in different academic clubs and was awarded with a Tennessee State University scholarship after winning a speaking contest. Winfrey was offered a broadcasting job on the local radio station WVOL which she took while she attended college. She relocated to Baltimore in 1976 to work as a news anchor and as co-host for some of its shows.

Eight years later she moved to Chicago, Illinois to work for WLS-TV. She anchored the morning talk show A.M. Chicago which suffered from abysmal ratings. Winfrey steered the show’s emphasis away from traditional issues and towards controversial ones. Four months later the ratings for the show went through the roof. It was extended for an hour-long run and renamed into The Oprah Winfrey Show.

In 1986 Winfrey’s show was nationally broadcast. It raked in Daytime Emmy Awards and Winfrey was given the Broadcaster of the Year Award by the International Radio and Television Society, making her the youngest to receive it. The Oprah Winfrey Show tackled a diverse range of topics coupled with interviews from people of different walks of life. It was ranked as among the greatest shows on television. Its finale was aired on May 25, 2011 after a run of 25 seasons and 4,561 episodes.

Winfrey did not stop from hosting after that. She helmed other shows like Oprah’s Master Class, Oprah’s Lifeclass, Super Soul Sunday, Oprah: Where Are They Now?, and Oprah Prime.

Aside from her show Winfrey also had exposure in film. Her performances in The Color Purple and Native Son where highly praised by critics. Winfrey’s love for acting led to the birth of the production company Harpo Productions where she produced and starred in some of its TV movies and miniseries. Around the 90’s Winfrey signed an agreement with the ABC Television Network for the production of her “Oprah Winfrey Presents” series and managed to generate millions in revenues. She also secured an exclusive film agreement with The Walt Disney Co.

In 2000 she is a co-owner of the Oxygen television channel after helping with the funding. Eleven years later she would have her own channel named Oprah Winfrey Network (OWN).

She also delved in the realm of writing. Winfrey publishes two magazines namely O at Home and O, The Oprah Magazine whose launch was lauded as the most successful startup in magazine.

She co-authored books and penned a memoir The Life You Want which is slated for a 2017 publication year.

In 2015 Winfrey purchased shares of weight loss company Weight Watchers. That act alone caused the company’s stocks to soar. A tweet she made in January 26, 2016 about eating bread and losing weight flung the company’s stock up by 20% more.

The Oprah’s Book Club segment during her show helped propel countless literary titles to fame and fortune. It was relaunched as Orpah’s Book Club 2.0. The Midas touch on her many endorsements and influences has been touted as the “Oprah effect” and is believed by many to be a crucial part in Barack Obama’s victory for Presidency.

No but she is currently on a long-term relationship with businessman and author Stedman Graham Jr. Their relationship started in 1986 and is still going strong.

She is believed to have earned an annual salary of $82 million last year and in 2014. 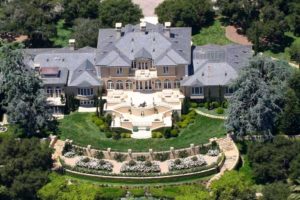 Winfrey lives in the 42-acre mansion called “The Promised Land”. The name was derived as homage to the final speech by Dr. Martin Luther King Jr. and it is located in Montecito, California.  It is among her numerous properties in different states.

Winfrey organized the Oprah’s Angel Network back in 1988 which supported construction of schools, procurement of educational supplies, and disaster relief. In 2005 she personally donated $10 million for the victims of Hurricane Katrina to help rebuild their homes, while the Angel Network pledged $1 million to the non-profit food bank America’s Second Harvest for the survivors.

Winfrey flew to South Africa in 2004 with her crew to show the lives of children stricken with AIDS and poverty. She gave away school supplies and toys to the kids. Winfrey pleaded to the audiences to give their donations for the kids through the Angel Network which then managed to raise more than $7 million. In 2007 Winfrey founded the all-girls boarding school Oprah Winfrey Leadership Academy for Girls in the Johannesburg village of Henley on Klip. She actively supports the school with the Oprah Winfrey Operating Foundation and the public can also make donations through that foundation.

The Angel Network shut down in 2010 as Winfrey’s show was coming to an end.

In 2008 she donated $3.7 million to the U.S. Dream Academy, a charity that helps children reach their dreams.

Winfrey also supports the Mississippi Animal Rescue League, the Clinton Foundation, Free the Children (where she is among the biggest contributors), Project Cuddle, and more than 20 other charities and foundations. She provides grants for non-profit organizations through her Oprah Winfrey Foundation.

Winfrey has a huge 780-acre farm on Maui, Hawaii whose produce is donated locally.

In 2012 Winfrey gave away 400 Morehouse College scholarships and was reported to have spent $400 million in that year for educational causes.

In 1988 Winfrey’s Harpo Productions Inc. acquired The Oprah Winfrey Show including all ownership and production responsibilities. This made her the first woman ever to produce and own a talk show.

She was ranked by Forbes as the highest-paid celebrity for four consecutive years.

The National Child Protection Act, or alternatively known as the “Oprah Bill”, was passed in 1993 thanks to an overwhelming support of Winfrey in light of the traumatizing experiences she had during her youth.