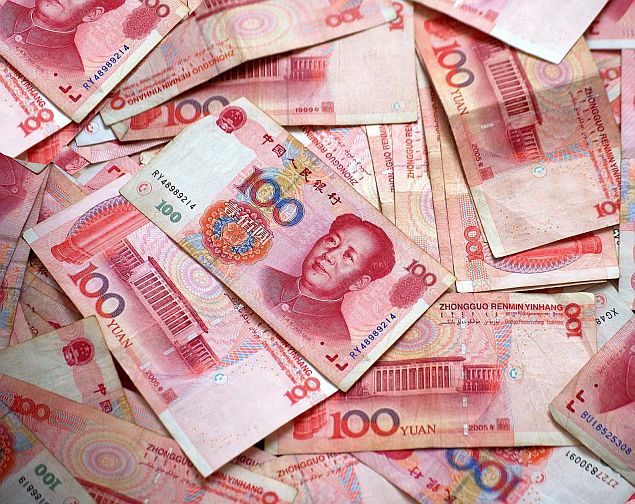 China is home to many successful businesses that are known on a global scale. Here are the top ten richest people in China who built their wealth on the products and services you most probably know. 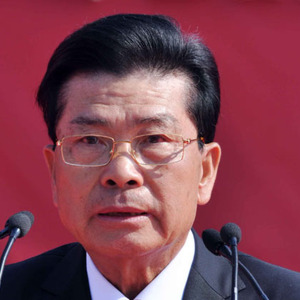 ted it all with the production of lids and bottles in 1968 with a handful of fellow villagers. In 1980 he moved to producing electric fans and adopted the name Midea for his operations. As the years passed by Midea produced different kinds of electrical appliances that are popular in Chinese homes like microwave ovens, washing machines, and air-conditioners. 2007 saw the expansion of Midea in Vietnam and eventually it made joint ventures with foreign companies like Carrier and Horizont. He Xiangjian retired from his duties as chairman in 2012 and appointed Hong Bo Fang as his successor. His son He Jianfeng is a board member of the Midea. 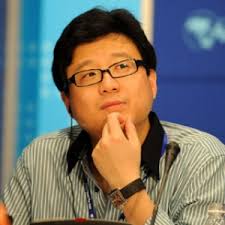 At a young age Ding Lei exhibited a talent for electronics. After obtaining an engineering degree in college Ding Lei worked at different jobs such as a telecommunications officer for the government and as an engineer for software company Sybase.  Two years after quitting Sybase Ding and a pair of friends founded NetEase, a company that offered online services like a bilingual e-mail and search engine.  NetEase would later produce its own online games and partner with Blizzard Entertainment Inc. in publishing games like World of Warcraft and StarCraft II for Chinese players. Other services NetEase offers include a virtual mall, online bulletin board, video services, online payment system, and many others. It is believed that Ding Lei’s company helped usher the growth of the internet in China, and for his efforts Ding Lei was awarded with the Wharton Infosys Business Transformation Award in 2004. 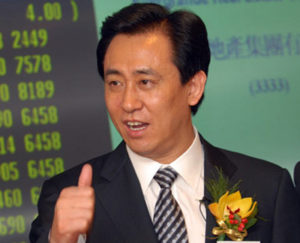 Despite living in poverty Xu Jiayin did his best to finish college and worked at a steel company where he climbed up the ranks in a decade. Even though it was an “iron rice bowl” job (lifetime employment with good benefits) Xu Jiayin resigned in 1992 and ventured in the realm of real estate. In 1996 he founded the Evergrande Group in Guangzhou and it quickly became among the largest property developers in the city. Xu Jiayin’s train of success had no brakes as he pursued other businesses aside from real estate like baby formula, mineral water, agriculture, and a football club to name a few. Among Evergrande’s massive projects is the artificial archipelago Ocean Flower Island which is slated for a 2020 completion year. 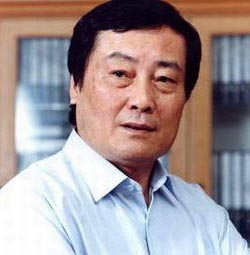 Zong Qinghou initially worked at a farm commune during the Cultural Revolution of Mao Zedong in the 60’s. Later he became a salesman for companies that produced consumer goods like television sets and meat. One of these companies is a store near a school that sold soda and popsicles to children. With the help of two retired teachers Zong Qinghou bought the store and worked on producing and distributing his own beverages whose niche targeted youngsters. Zong Qinghou spent decades expanding the business which was named Wahaha (meaning “laughing baby”) and has around 60 factories throughout China. A joint venture with French food product corporation Danone helped grow the business even more until it ended in 2009. Some of the products of Wahaha include baby formula, bottled water, and children’s clothes. Zong Qinghou has received multiple awards for his work and has appeared multiple times in the China Rich List. His daughter Kelly Zong is currently Wahaha’s purchasing manager and is being groomed to be the successor once her father retires. 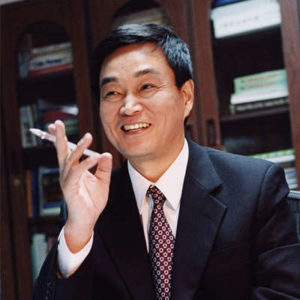 first worked as a teacher until he and his brothers decided to quit their jobs to sell bicycles and watches. The trio pooled their earnings as start-up capital for their poultry business.  Eventually their undertaking became successful and they expanded to animal feeds as well. They named their venture Hope Group and it became recognized as among the giants in the animal feed business in the entire country. In 1995 the brothers went to their own separate ways with their shares of Hope Group.  Liu Yongxing renamed his share to East Hope and continued to be a big name in China’s agricultural industry while also expanding in the supplying of industrial materials. 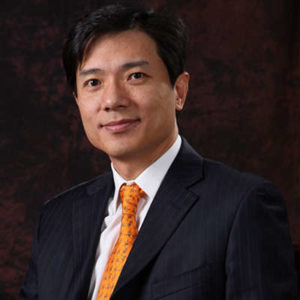 Upon the encouragement of his mother Li Yanhong did his best to finish his studies. He obtained an information management degree at Peking University and a computer science graduate degree at Buffalo’s State University of New York. He worked for many years at Dow Jones and Company while laboring on a link analysis algorithm that helped rank online search listings. Afterwards he was hired by search engine Infoseek where he met billionaire and Yahoo! Inc. co-founder Jerry Yang. Inspired by Yang’s success Li Yanhong came up with an idea of a search engine for China and received seed funding from various investors. In 2000 he founded Baidu and quickly became China’s largest search engine. It even received takeover bids from the titans like Google and Microsoft. Li Yanhong later expanded his business by tackling other Asian languages and working on mobile services. 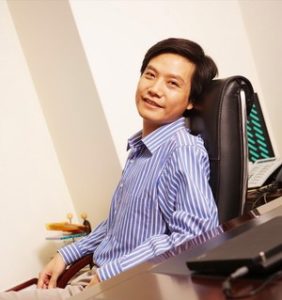 college with a degree in computer science, Lei Jun worked at software company Kingsoft first as an engineer until he climbed up to become CEO until his resignation in 2007. Three years later he founded electronics company Xiaomi which focused on making mobile apps and affordable smartphones. Lei Jun would later return to Kingsoft to become a non-executive director while holding positions at video social network YY Inc. and mobile Internet company Cheetah Mobile Inc. as a chairman. Lei Jun has made investments in many startups and he has stated that Xiaomi plans to make more investments in the future to support the budding technological industry. He has received recognitions from many Top 10 lists in media and Xiaomi is considered as the “Apple” of China. 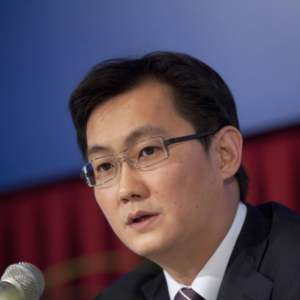 “Pony Ma” first developed software for pagers in the company China Motion Development, Ltd. after finishing college. He then jumped ship to the research and development area of Shenzhen Runxun Communications Co., Ltd. Ma Huateng realized the importance of the Internet in China and that the country could use having its very own instant messaging service. He collaborated with four other friends and started the company Tencent using money earned from the stock market. Its first few years were rocky and the lack of staff forced Ma Huateng to work diverse roles ranging from website designer to janitor. As the company grew Tencent developed the QQ instant messaging service which was a hit especially to the younger generation. Unfortunately the massive demand was too much for the limited servers of Tencent but lucky for Ma Huateng he received support from venture capitalists to keep his company from drowning. Later on Tencent offered other services aside from instant messaging like online games, radio broadcasts, and electronic commerce. In 2007 the market value of Tencent skyrocketed and landed on the $10 billion mark. He joined forces with fellow billionaires Robin Li and Wang Jianlin in the hopes of establishing an online shopping endeavor. 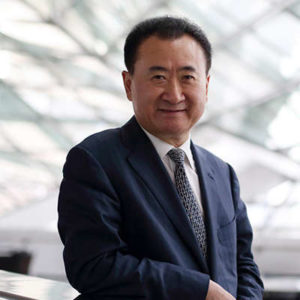 Wang Jianlin spent more than a decade fighting for the People’s Liberation Army. After being honorably discharged he worked as a clerk in Dailan before voluntarily working for a residential developer that was in debt. After six years Wang Jianlin became general manager and he renamed the company to Dalian Wanda. He aggressively sought to expand his business towards ventures that do not belong in the property market like cinemas, department stores, and tourism. Wang Jianlin owned the Dalian Wanda Football Club during the 90’s until he sold the club in 2000. As the years went by the billionaire initiated billion-dollar projects in foreign territories like India and New York, along with acquisitions such as Spain’s Edificio España and British luxury yacht manufacturer Sunseeker.  In 2012 his Wanda Cinema Line Corporation acquired struggling cinema chain AMC Theatres and all of its 347 theatres throughout North America for $2.6 billion. Three years later it acquired the Hoyts Group, an Australian cinema chain. More recently media company Legendary Entertainment was also acquired for $3.5 billion. These bold moves in the realm of cinema was for the billionaire’s project of building up a “mini Hollywood” in the city of Qingdao. Because of his impressive wealth Wang Jianlin was hailed as the richest man on Asia twice in a row and is always a present name on Asian rich lists. He aims to turn Dalian Wanda into an entertainment juggernaut that can topple Disney and become globally known. 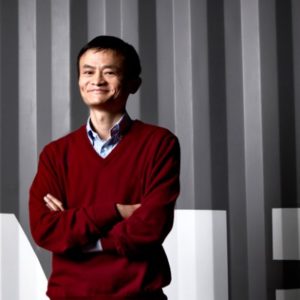 Hangzhou was a tourist hotspot during the 70’s with its collection of ancient relics and a spectacle of environmental beauty. Jack Ma self-studied English and offered to act as a tour guide to American visitors for free. He did this for almost a decade as a way to improve his secondary language. He obtained a degree in English at Hangzhou Teacher’s College but was plagued by rejections from all the jobs he applied. Frustration led him to work as a school teacher and a translator, and through the latter he was able to visit the United States in 1995. There he had his first time in using the Internet and was shocked to see that China virtually had no online presence. Upon his return to China Jack Ma started China Pages, a site that helped small businesses have their own websites. A failed partnership with a government entity for funding led him to apply for a job at the ministry of foreign trade to build connections and learn how to handle businesses away from the government’s shadow. Jack Ma resigned to take another shot and established the online marketplace for businesses Alibaba. Eventually he established Taobao which was a retail site, an online payment platform named Alipay, and dozens of other online services that formed the Alibaba Group. Jack Ma resigned as CEO in 2013 and stayed as a chairman with hopes of pursuing teaching in the future.

The road to wealth sure takes a lot of hard work and perseverance, as what these billionaires have done to amass such an impressive net worth. Keep that in mind, who knows you might be the next billionaire many years from now.