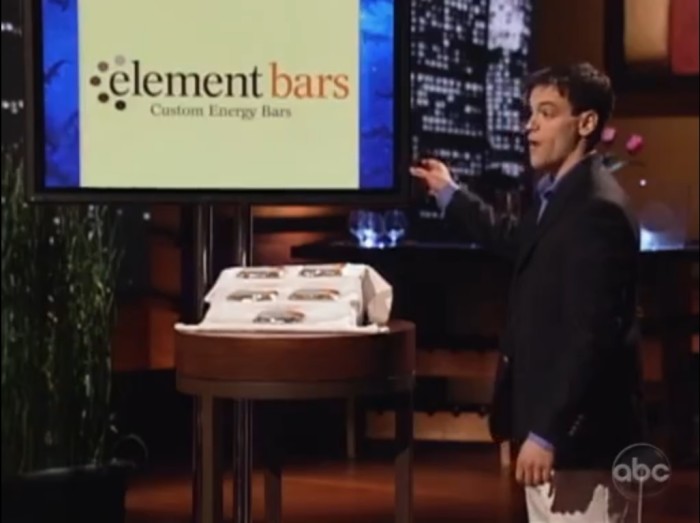 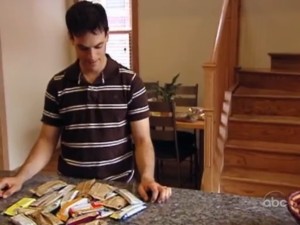 Jonathan Miller is a twenty nine year old entrepreneur who lives in Chicago with his wife Jenny. He is the founder and owner of Element Bars, which are energy bars that people can customize to their own preferences. He came up with the idea one day, after he ate an off-the-shelf energy bar, only to crash afterwards. He states that he looked at the label, which had a list of completely unpronounceable ingredients, which made him think that their got to be a better way to regain your energy, without eating garbage. Jonathan Miller wanted an energy bar that had wholesome and naturel ingredients, while also catering to his specific taste. About five years ago, he started making his own energy bars in his own kitchen.

Right now, they have their own facility, where they can produce anything between twelve bars and a thousand bars a day. Each ingredient gets put together and then molded into individual bars, just like the customers have ordered. He states that they are shipping about a thousand bars per week, and that they have grown in their operational capability. Jonathan Miller states that they are looking to grow more in the next couple of years, and that he has put about a year and a half of his own time into this. He also states that he has been leaning on his wife for support, in these tough economic times and that he is hoping to get an investment from the Sharks, to be able to grow Element Bars.

“Jonathan Miller walks confidently and stands in front of the Sharks”

Jonathan Miller starts by introducing himself and telling the Sharks that his company is called Element Bars. He states that he is looking for a hundred and fifty thousand dollars, for a fifteen percent stake in his company. Jonathan continues by stating that at Element Bars, users visit the website to create their own custom energy bar. First, they select whole natural ingredients, personalize their labels and a fresh batch of energy bars will show up at their doorstep in the next seven to ten days.

“The Sharks thank Jonathan for their custom energy bars”

Jonathan Miller continues by saying that he will show the Sharks how any visitor can create their own custom energy bar at the Element Bars website, by using the Build-A-Bar interface. First, you need to start by selecting the core of your energy bars, which can be chewy, crunchy, crispy etc. After that, you can select your fruits, nuts, sweets and as you add an ingredient, the nutrition facts will continuously be updated.

“Kevin O’Leary states that the custom energy bar tastes quite good, and asks Jonathan why he thinks that his company is worth over a million dollars”

Jonathan Miller answers the question by saying that he started the company in 2008, and he has sold about thirty thousand energy bars to date. He also states that they are well on their way to sell forty four thousand energy bars by the end of the year, and they have doubled their sales in only six months.

Jonathan Miller states that he understands where Kevin O’Leary is coming from, but that the Sharks should also understand that they are not only buying into the company, but they are also buying in him.

“Robert Herjavec asks Jonathan what is more important; the idea or the execution”

Jonathan answers the question by saying that he believes that execution is more important that the idea.

“Robert Herjavec states that he agrees, and asks Jonathan how he went with an interesting idea in one and a half year, to a million dollar company”

Jonathan Miller answers the question by saying that he has put in fifty thousand dollars of his own money into the company, and that he has not taken a salary from it in one and a half years. He states that he believes in his company so strong, that he is willing to lose money over a short period of time, just to be able to expand and make his company a success. Jonathan Miller continues by saying that he is selling the Sharks his passion and both “The Horse” and “The Jockey”.

Kevin O’Leary states that, hypothetically speaking, let’s say that the presentation went really well and Jonathan has fifty thousand dollars in sales, and if Kevin would say that Jonathan’s company is worth ten times that amount, it would still be worth only a half a million dollars.

Kevin O’Leary continues by stating that Jonathan Miller wants not ten percent more than that, but a hundred percent more. He asks Jonathan if he is being a greedy or not.

Jonathan Miller answers the question by saying that he is doing what is the best for the idea and the company, but the Sharks disagree, because maybe now he will not even get a deal.

Kevin O’Leary says that he ate the energy bar, he got a sugar high and got excited, but now he is crashing. He says that this is the toughest deal he ever looked at, and that he is really struggling because he loves Jonathan Millers enthusiasm. After thinking for a while, Kevin O’Leary states that he is out.

Barbara Corcoran says that Jonathan Miller is like a mini shark, because he is so passionate and he really is a good salesman. She continues by saying that she does not get the business personally, and she does not believe that there is a market for custom energy bars, and even if there is, someone is going to knock it off. Barbara Corcoran states that she would be nervous at night, knowing that Jonathan Miller is holding her money, so she is out as well.

Daymond John states that Jonathan Miller has put up a very high number, which makes it very hard for him to take Jonathan serious. Jonathan Miller asks if any of the Sharks would be interested, if there was a greater equity number.

Jonathan Miller answers the question by stating that it is certainly a possibility, and he does not want to give a number because he cannot negotiate with himself. He states that the Sharks are holding all the leverage and that he is giving them the power.

“Robert Herjavec says that he loves Jonathan Millers enthusiasm and that he should come work for him, and drop his own company”

Jonathan Miller starts by saying that the offer that Daymond John made, will completely demotivate him, because he would only be the owner for twenty five percent, and it would really limit him with terms of growing in the future. He states that a seventy five percent stake is way too much, and makes a counteroffer for a twenty percent stake.

Jonathan Miller says that he is showing how he would negotiate in their behalf, and he wouldn’t want anyone else to walk away with the company.

“Daymond John states that the best thing Jonathan has sold is himself, and that he is a star”

Robert Herjavec states that they should not waste each other’s time and asks Jonathan if he is going to go over fifty percent or not. Jonathan answers the question by stating that he will not go over fifty percent, after which Robert Herjavec says that he is out. Daymond John states that he declines the twenty percent stake counteroffer and says that he is out as well. 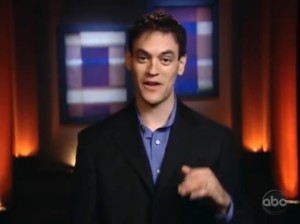 Jonathan Miller had already set up and started Element Bars, before he went on Shark Tank. There was already a demand for his products, because he was grossing about fifty thousand dollars a year. He is selling his custom energy bars on his website, where people can customize their energy bars to their own likings and even customize the label. Jonathan Miller was able to get an investment from Kevin Harrington, after negotiation long and hard. There is no mention of Element Bars being the best or worst on Shark Tank, other than Kevin O’Leary having a very hard time, deciding if he should or should not invest in the company.

You can customize your own energy bars and purchase them on the Element Bars website, which is www.elementbars.com. You can select different Cores, Fruits, Nuts, Sweets, and Boosts and name your bar. After you have completed your custom energy bar, you can fill in your personal information, after which you will receive your custom energy bars at your doorstep. There are several random websites and blogs that have reviews for Element Bars, which are pretty positive, especially because customers can select their own ingredients, and they are able to see the nutrition facts.

Element Bars has definitely succeeded as a business, especially after Kevin Harrington made an investment in it. Customers can purchase their own customized energy bar for only $2,99 per bar. If you are a retailer, you are also able to purchase Element Bars in bulk. On the Element Bars website, it states that the company started by selling two hundred custom energy bars per month, but they have expanded and are now able to produce and sell up to two hundred thousand energy bars per month.