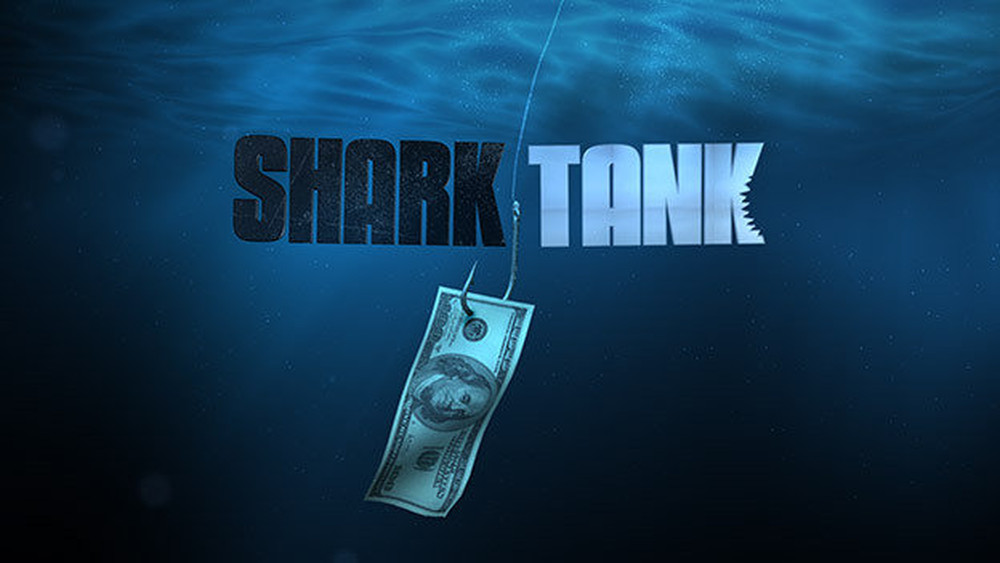 Bob Kroupa created a rather simple product for his business brand that he hopes to continue expanding on. Kroupa created a line of small containers that hold various kinds of mints and gum. These containers were designed to be clipped onto backpacks, purses, and various other travel bags. He believes that people will enjoy this product because who doesn’t like to make sure that they have fresh breath while they are running out and about? That is why he really wants to get New Era Brands out there on the market. 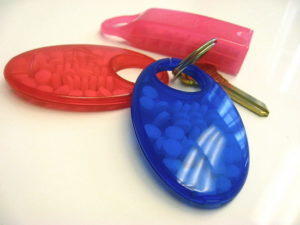 Kroupa hopes that he can improve the design and convenience of these mint packets, but he doesn’t want to just stop there. What he wants to introduce to the New Era Brand line is a container for contact lenses that can be easily attached to a person’s bag. This way you wouldn’t have to go rummaging through all of your things just to find your contact case. However, Kroupa understands that this would be an odd addition to a line that supplies breath mints. He hopes that it will still be a successful addition to his brand regardless of its absurdity

Being new to the business realm, Bob knows that he is going to need some capitol and an experienced investor to help get his company off the ground again. He hopes that by bringing his clip-on pitch to the Shark Tank that he will be able to convince one of them to bite into the New Era Brand line.

Kroupa enters the Shark Tank seeking a $500k investment in exchange for a 30% stake in New Era Brands.  Then he shows the Sharks what exactly his products are. He has a Clip ‘n’ Go breath mint case and a Clip ‘n’ Go contact lens case. Right away the Sharks look a little bemused with this odd pairing of products, but allow him to continue on with his pitch. He explains that with these clip on products, you would never leave home without them because they are easily attachable to any bag or purse you might have. And, in addition to that, Kroupa’s mints and gums are all sugar free and tasty, which would undoubtedly be a hit with the customers.

According to Kroupa, the mint gum business accumulates billions of dollars every year, but he wants to change the way gum is sold because he knows that practical, multi-purpose products are now on the rise and in high demand. That is why he decided to take his business in this new direction of providing people not only with a tasty way to freshen their breath, but a travel friendly way to keep it on them at all times. However, he doesn’t want to just stop at mints and gum, Kroupa also wants to create clip on cases for vitamins and pills.

As the Sharks were shown earlier, Kroupa added a double sided contact lens case to his New Era Brands line. All you need to do is fill the case with some contact solution, put your contacts in there, and you’re ready to go. If you have this case clipped onto your bag, you would never have trouble finding your lenses again. Kroupa believes that he will be providing the public with an innovative way to keep and carry things on their bags, so there is no way it couldn’t be a hit. 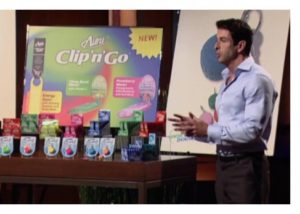 The first to chime in is Robert Herjavec, who asks the question that everyone is already thinking. How docontact lenses fit in with cases for breath mints? Kroupa says that they are two different products, but still a part of the Clip ‘n’ Go idea, which is providing people who travel with easy to access containers. However, Kevin O’Leary still doesn’t understand what business Kroupa is in. Is he in the container business, breath mint business, or contact lens business? Kroupa claims that he is involved in all of the above.

O’Leary inquires on the kinds of sales that New Era Brands has been making which, to his obvious surprise, turns out to be $817k in the past year. However, these Clip ‘n’ Go packs are no longer available at Walgreens or Amazon because Kroupa ran out of product. None of this seems to be adding up though, considering the hefty amount of sales they made in the previous year. Herjavec asks how much profit that he made off of the $817k. Kroupa then admits that all of the money was reinvested into the business, so not much money was actually made.

The Sharks all appear to be very confused because they don’t understand why Kroupa hasn’t been able to make enough money to restock the retail locations he has been selling these gum packs at. Kroupa says that it is hard to remain on these shelves because retail locations are always rotating their products, but O’Leary isn’t buying this, stating that you can always go back to the same place to find the same products available.

O’Leary concludes that these retail locations decided not to reorder from New Era Brands because the product didn’t meet the necessary margins when being sold. Kroupa ultimately confirms this theory which brings Daymond John to pull out from the tank. Herjavec asks again about how much money he made off of the $817, finds out that he made around $240k, but most of that went towards his employees that were running the business. In total, Kroupa has invested a few million dollars into New Era Brands and now he has nothing left.

After going through a checklist of all the things that Kroupa did wrong in his business, Herjavec says he can’t invest in a company that is obviously hitting rock bottom because there is no way to really revive it. Kevin Harrington agrees, also stating that he is unwilling to invest any of his money into this business. O’Leary also has no sympathy for him because he doesn’t see any sense in this pitch. The only Shark who attempts to offer him some kind words is Barbara Corcoran. She tells him that even though she is definitely out and not investing, that he is at least a decent salesman. So, unfortunately, Kroupa must walk away from the Shark Tank with his head hanging low and no extra cash to line his pockets. 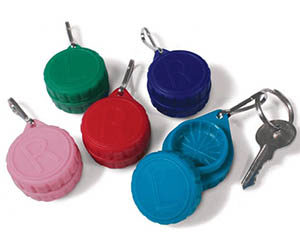 After seeing how things went down in the Shark Tank, it is not surprising at all that New Era Brands has not seen much success. During the exit interview, Kroupa stated that he would no longer be investing any more money into this business. This was definitely a smart decision on his part, considering he already invested well over 2 million dollars into it without seeing any results. However, he refused to let the New Era Brands line completely die out. The New Era Brands website is still up and running, but it doesn’t look as if you can make any purchases. You can visit the website here, http://clipngo.com/, to find more information and any potential updates for the business. However, it doesn’t appear as if anything will really become of Kroupa’s business any time soon.