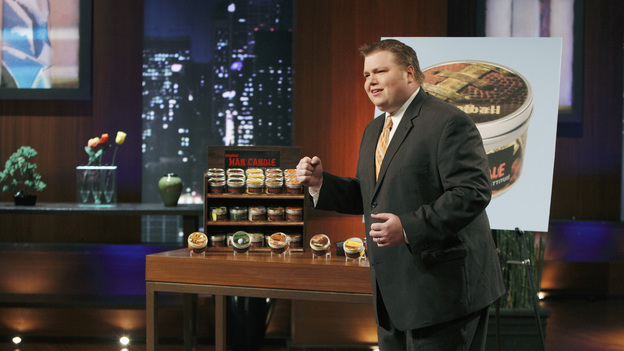 While most of us try to rid our homes of the smells of beer, pot roast, football, and even flatulence, Johnson Bailey believed that there was an untapped market for these musky fragrances. Sometimes a business will solve a problem that you didn’t even know existed.

Oklahoma State business student, Johnson Bailey knew early on that he wanted to build a successful venture. Like many entrepreneurs, he found inspiration in his own life. One day during his undergrad, Johnson was cleaning up before friends came over to watch a football game. He noticed that his place smelt terrible so he began searching for a product that would combat the odor while maintaining a ‘manly’ vibe. The products that he found were scented with vanilla, lavender, and other similar fragrances – these weren’t going to work for Bailey. He immediately decided that there was a lucrative gap in the market, and envisioned a product filling this gap that men would be eager to buy.

Johnson put the pedal to the metal on his vision and gave it a name – Original Man Candle. He started getting involved in the entrepreneurship club on campus, utilizing the resources and mentors available to him, he worked hard to eventually bring OMC to market. His concept was a success and within one year Original Man Candles were being sold nationwide. His efforts were recognized by Oklahoma State University and he was awarded student entrepreneur of the year in 2010.

Original Man Candle hit the ground running but substantial growth was necessary before it could be a grand slam. Investors were desperately needed to be brought on board so Bailey headed to the Shark Tank seeking a strategic partner.

Original Man Candle in the tank 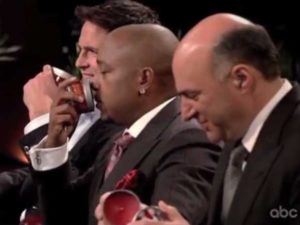 Johnson entered the tank equipped with nothing but his big grin and visible zeal. After a friendly introduction, he stated that he came seeking $50,000 in exchange for 25% of his venture. Johnson’s contagious enthusiasm radiated and captivated the sharks as he introduced his company, Original Man Candle. Johnson began to tell the story of his dorm room ‘aha’ moment and revealed the concept that would ‘revolutionize the candle industry forever’. Continuing to enchant the sharks with his energy, Johnson presented a few of the unique Man Candle scents: popcorn, golf course, barbecue, draft beer, and pot roast. The sharks couldn’t help but smile and crack up at the concept. He then piqued their curiosity by introducing his top product, a scent originally known as ‘mooch be gone’ or ‘mother-in-law be gone’ – The fart candle. ‘You just light that candle, and I guarantee they’ll be gone’. Laughter erupted amongst the sharks as he introduc

ed the best seller. Bailey then handed out samples for the Sharks to truly understand and appreciate.

The sharks continued to laugh and pass around the Original Man Candles. They seemed to enjoy the scents and even appreciated the, um, authenticity of the best selling fart candle.

Mark, still smiling, was done ‘sampling’ and asked Bailey to tell them about the business. Johnson was eager and prepared. The candles, he said, retailed for $10-$12 and were currently available in about 400 store locations all across the country. The stores ranged from small mom and pops shops to higher end, more reputable greeting card stores.

The sharks followed en-suite and began to prod at the business. Robert asked about sales figures and projections. Johnson said that last year the business had sales of $53,000. Kevin wanted to clarify whether that figure was revenue or units sold, as Johnson said revenue, the smiles of the sharks visibly began to fade.

Kevin wondered how Johnson was sustaining himself with that kind of revenue, adding ‘you can’t eat this wax!’. Johnson explained that his wife was working full time while he was fully focused on his business. Barbara interrupted with ‘You gotta be kidding!?’.

Still optimistic, Mark said ‘you have a shot, don’t let these guys drag you down’. Robert also wanted to know more and asked about Johnson’s business background and his current level of investment into Original Man Candle. Johnson said that the concept was originally a project for his entrepreneurship class and that to date, he and his wife had invested about $40,000 into the company. That was not what Robert wanted to hear, and any optimism he may have had washed off his face.

Mark continued to dig deeper. He asked about the manufacturing process. Bailey explained that he was currently hand pouring each candle himself. The sharks seemed baffled by that response and the negativity began to spiral.

Robert then bluntly asked ‘Why Johnson? Has anyone told you that this was a good idea?’. Johnson’s cheery demeanor began to unravel. Mark, seemingly the only one who still had any hope for the concept, came to Johnson’s defense. ‘Better yet, he has gotten in front of customers who want to buy it!’. He asked about the reorder patterns, Johnson, smiling again, eagerly replied that retailers tend to reorder 6-7 times a year. Daymond and Kevin looked at each other dumbfounded and exclaimed that ‘6-7 times a year is nothing!’

That was enough for Kevin, he summarized his thoughts by saying the products had nothing proprietary and that the Original Man Candle fell into a category he called ‘crap for tourists’. He added while there was the odd product in this category that became huge such as the pet rock, he didn’t believe OMC was one of those and he went out.

Barbara echoed Kevin’s critic. She felt that the fart candle was his best product, but even still, the company was not big enough for her to have any interest and she too went out.

Daymond jumped on the ‘out train’ claiming that the business had a vitamin c deficiency, a lack of cash, credit and customers.

Next was Robert who didn’t waste any time in sharing his opinion. He didn’t believe that there was any way to make any money in this investment and quickly went out.

The only shark left was Mark. Unlike the other sharks, he was torn. He explained that on the one hand he saw the entrepreneurial vision and believed in Johnson as the right ‘attack dog’ to run the business, but on the other hand, he could not get past the fact that the company was based on a single product SKU. He couldn’t see Original Man Candle as a full company and because of that, he too was out.

Johnson, clearly crushed, thanked the sharks and left the tank without an investment. As he walked out, Kevin added in typical Mr. Wonderful fashion ‘He was missing the one flavor that would have gotten me interested, money’

Original Man Candle Now in 2018 – After the tank 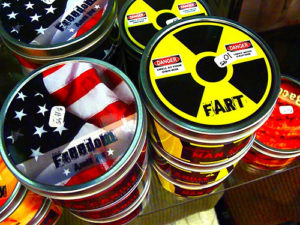 Despite Johnson not being able to secure a deal in the tank, Original Man Candle’s trip was not in vain. The company had gotten some valuable publicity and more importantly, caught the attention of investors and entrepreneurs. One of which was Nathan Thorneberry, who believed in Johnson’s vision and saw potential for Original Man Candle in the $2 billion/year candle market. According to the current OMC website, within minutes of seeing Bailey on the tank, Thorneberry contacted him ready to invest. In May 2011, true to his word, Thorneberry invested $65,000 in exchange for 35% of Original Man Candle.

Unfortunately, the partnership did not last long, with Thorneberry filing a breach of contract suit against Johnson. Thorneberry won a $71,000 judgment, but ultimately did not end up collecting as Johnson filed for chapter 7 bankruptcy.

Although Johnson was no longer a part of Original Man Candle, he gained priceless experience from his entrepreneurial endeavor and Shark Tank exploit. Johnson utilized his understanding of

online media marketing and moved onto different business pursuits. He went on to become a marketing manager and eventually director of marketing at Stupid.com, a site with a target market and product line not too far off from his original vision. Some of the Stupid.com ‘gag’ gifts include mustache straws and gnome tissue dispensers. Today, Johnson can be found utilizing his marketing expertise and technology proficiency as an Audience Marketing Manager at publishing powerhouse PennWell.

If you are in the market for a fart candle, don’t fret. Although Original Man Candle social media pages have gone dark, the company appears to be up and running with Candles for online purchase right now on their site.