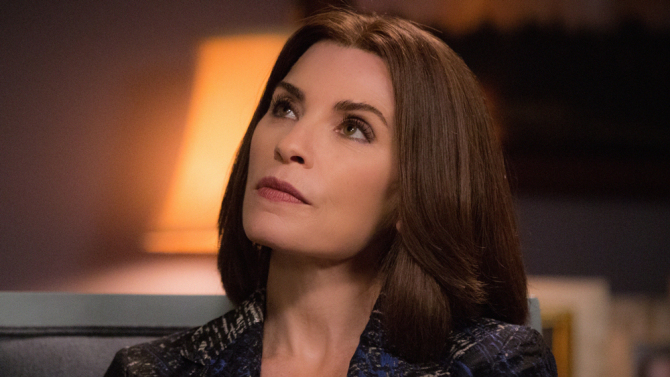 It’s that time of year again. Networks are pulling the plug on multiple different TV shows, and it’s likely that we’ll never see any of them ever again. Television cancellation is usually a good thing. It weeds out bad shows, and it gives networks the chance to give other original programs a shot. However, year after year, a few great shows end up being cut, too. Let’s take a look at some of the best television shows that we’re going to have to say goodbye to in 2016. 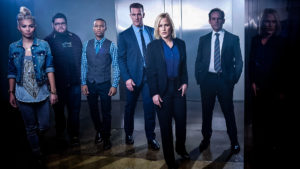 CSI: Cyber is the perfect example of a show that had a great idea, but executed it horribly. The program was a member of the CSI franchise, and it followed most of your typical police drama formulas. However, all of the cases in CSI: Cyber are centered around cyber crime, like hacking, theft, blackmail, and so on. It’s a really interesting idea, and in the digital age that we live in today, it’s strange to think that it took to 2015 for this kind of show to be produced. The program didn’t have any shortage of talent, either. It boasted the likes of Patricia Arquette and Ted Danson.

But despite the talent and concept, the show’s writing couldn’t really get it off of the ground. Reviewers criticized CSI: Cyber’s dialogue and formulaic, dull writing. People on the Internet also really enjoyed poking fun at the show’s perceived lack of technological knowledge. Admittedly, the writers did have a tendency to incorporate technobabble that they obviously didn’t understand the meaning behind. Seeing as cyber crime is such a real issue, many viewers felt like their intelligence was being insulted by how dumbed down it was being presented to them as.

9. Beauty and the Beast 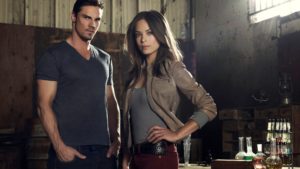 Beauty and the Beast was a drama from CW that, despite its critical acclaim, wasn’t able to deliver to the network’s expectations. Beauty and the Beast is about a female detective who is in a romantic relationship with Vincent Keller, a doctor and former soldier. The show follows the couple’s journey as they live on the run from the government organization that turned Vincent into Beast to begin with.  Viewers have liked how well the show combined romance and horror elements, putting a fun and modern twist on a well-known fairy tale.

However, it seems like the twist wasn’t good enough. To be fair, on a channel like CW, which airs massively popular drama programs like The Flash, Supernatural, The 100, and Arrow, Beauty and the Beast had a lot of competition. And although the show was critically praised, it was still just your standard CW soap opera. It will be sorely missed by CW aficionados, but unfortunately a lot of people haven’t ever really heard of it in the first place. 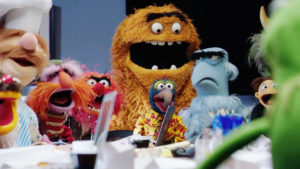 Although most people associate the Muppets with their highly successful film franchise, the puppets actually got their start on primetime television. In 2015, ABC rolled the dice and gave the ensemble another shot at their former stage. The mockumentary-style show was meant to follow The Muppets in their regular lives, usually centered around Miss Piggy’s late-night talk show. Belonging to such a beloved franchise meant that the show saw a lot of popularity early on, with its pilot pulling in over 11 million viewers. However, as The Muppets progressed, reception became more and more mixed.

Viewers thought that a lot of the humor in The Muppets was sort of hit-or-miss, and at a certain point, the big laughs weren’t worth how often you’d sit in awkward silence when a joke fell flat.  As weird as it sounds, people also criticized the show’s writing, saying that certain subplots felt forced or deliberately controversial. Knowing how popular the Muppets are as a whole, though, I highly doubt that this cancellation will cripple the franchise in any way. 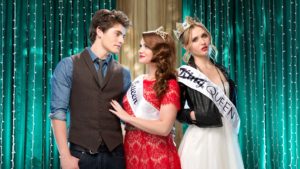 Faking It is a romantic dramedy about two high school g who, desperate to become more popular, pretend to be a lesbian couple. They keep up their pretend relationship for an extended period of time, and their actual relationship becomes more complicated because of it. The show was highly praised by critics and fans alike for its sensitive handling of different issues related to gender and sexuality.

Despite all of the love for Faking It, the show’s ratings just didn’t cut it. It’s suspected that, in the early stages of the show, it was perceived as a “gay show” that individuals who were not a part of the LGBT community could enjoy. Last month, Faking It aired its season three finale, which doubled as a series finale. Although showrunner Carter Covington had cancellation in the back of his mind when he produced the finale, there are still a few loose ends that could have stood to be tied up. Hopefully, though, Faking It will usher in other equally progressive programming in the future. 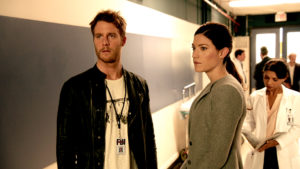 Limitless is a drama/comedy that serves as a sequel to the 2011 film Limitless. Essentially, it revolves around the life of Brian Finch, a low-life who uses a miracle drug called NZT-48. NZT-48 allows him to use every neuron in his brain, which essentially makes him the smartest person in the world. Invigorated by the drug, Brian works alongside the FBI to help solve different mysteries. Although ratings for Limitless had declined over time, it was still pretty popular. Its pilot brought in 14.26 million viewers, and its series finale brought in 7.99 million viewers.

The greatest issue that viewers took with Limitless was that, despite its charming cast and compelling performances, the narrative was shaky. The premise of NZT-48 to begin with is ridiculous, even for science fiction. The story didn’t have much depth to it, and viewers often found themselves disappointed in the show’s overall storytelling. On a channel like CBS, it’s hard to get by with being shallow. Still, I think that Jake McDorman’s performance as Brian Finch alone may have been worth a second season. 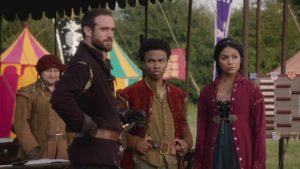 This, unfortunately, was inevitable. Galavant is about a knight (the titular Galavant) who is on a quest to save his true love from an evil king. The musical comedy is thought to have been one of ABC’s most creative and risky pursuits, and the result is a show that is fun, well-produced, and unique. However, it doesn’t seem to appeal to a broad enough audience, with lackluster numbers plaguing Galavant from the beginning.

It was a surprise to many when the show was renewed for its second season, and so it’s more than understandable that ABC would choose to drop them when ratings have failed to improve since. The show isn’t all that deep, and it’s riddled with historical inaccuracies, but it’s just a lot of fun. It’s hard not to smile when you watch, and the soundtrack is surprisingly catchy. Galavant will be sorely missed by fans of the musical genre, but season two was a gift to begin with. 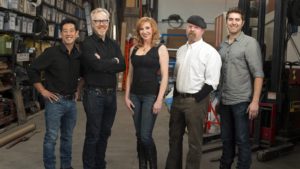 Whereas Galavant is the tale of a show running on borrowed time, MythBusters is the tale of a fallen empire. The program has been around for over ten years, and at this point, it’s almost a cornerstone of American culture. Everyone has heard of MythBusters, and everyone has cited them once or twice in an argument among friends. If for whatever reason you haven’t heard of MythBusters, it’s basically about a bunch of scientists who use their lab to prove and disprove different popular myths.

So, why did the beloved Discovery program end? To put it simply, ratings were going down. It was nothing drastic, but it still made the crew uneasy. They ultimately felt as though the show had had its run, and they wanted to give it a proper send-off as opposed to being faced with a sudden and sad cancellation. Discovery still canceled the show, but it’s nice that the MythBusters crew was able to give their fans a proper goodbye before they left. 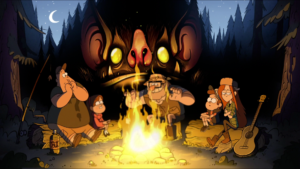 It may be a bit controversial to say that this show was canceled, but let me explain myself before you break out the pitchforks. Gravity Falls is a Disney cartoon about twin siblings who visit their great uncle in Gravity Falls over summer vacation. During their time in Gravity Falls, they start to notice strange happenings, and they uncover all sorts of mysteries along the way. The show was warmly regarded for its animation quality, compelling story, and wide appeal.

Now, creator Alex Hirsch has said that the show ended because he decided to end it, not because it was canceled. However, it is widely suspected that the frustrating scheduling and production cycles may have lead to the show ending earlier than it should have. Very early on in the show’s life, Hirsch said himself that he was looking to put out around 3 seasons. Regardless, the world is really going to miss Dipper and Mabel. 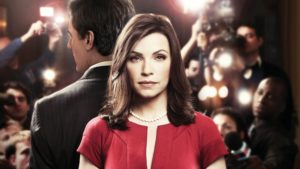 The Good Wife has been around since 2009, and the drama has developed a reputation for being high quality television. Well-written, well-produced, and well-acted, it has been one of CBS’s flagship programs for years now. The Good Wife is about Alicia, the wife of a former state’s attorney. While he is in prison over a sex and corruption scandal, Alicia goes back to work as a litigator. The show follows her different cases and her life in the public spotlight.

Although The Good Wife was amazing in its prime, it’s widely thought that the show peaked a couple of years ago. They made headlines in their fifth season when they abruptly killed off Will, one of the show’s most beloved main character. The move caught the audience entirely by surprise, which is pretty special in a world where contract negotiations pretty much give away when characters will be written off. Since then, popularity and ratings have gradually declined. It’s a shame, but the show had an excellent run. 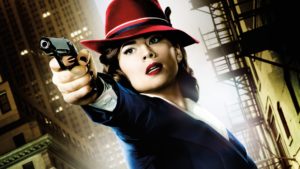 In my personal opinion (and I think many would agree with me), Agent Carter’s cancellation is a terrible injustice. Agent Carter takes place in the Marvel Cinematic Universe, after the events of Captain America: The First Avenger. The show follows secret agent Peggy Carter as she assists Howard Stark in clearing his name. It’s a show that’s packed with political intrigue, drama, humor, and action. It has been very highly praised by critics as being arguably superior to Agents of S.H.I.E.L.D., another, more popular Marvel television show.

In an all too familiar tale, though, viewership just wasn’t cutting it. Many blamed ABC for the ratings, saying that the show was poorly advertised, scheduled, and too difficult to access online. It sort of seems like the cards were stacked against them from the beginning. Agent Carter will really be missed, and I think that it still had a lot more to offer.