What Happened to Tatyana Ali? News and Updates 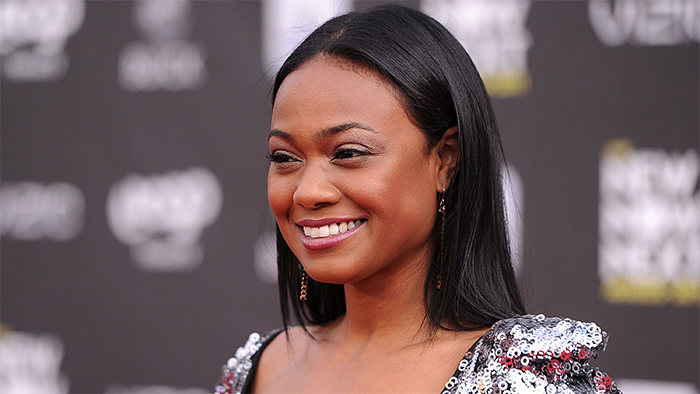 Tatyana Ali is an American actress best known for her portrayal of Ashley Banks on the sitcom series, The Fresh Prince of Bel-Air. The dark skinned beauty first debuted in the acting world as a young girl at the age of six, when she appeared on on the children’s show Sesame Street in 1985. Since then, Ali has been steadily involved in the show biz industry, and have starred in numerous films and television series. Some of her earlier child roles during the ’80s include Crocodile Dundee II (1988), Wally and the Valentines (1989), A Man Called Hawk (1989) and The Cosby Show (1989). Ali also made countless appearances as a teen during the 90’s including The Clown  at Midnight (1998), Fakin’ da Funk (1997) and Jawbreaker (1999).

However, one of her best roles to date would have to be that of Ashley Banks in the 90’s American sitcom, The Fresh Prince of Bel-Air. Featuring a fictionalized version of actor, Will Smith, the series revolved around his life after he is sent to live with his wealthy relatives at the Bel Air mansion. The Fresh Prince of Bel-Air was met with positive reviews upon its premiere on NBC on September 10, 1990 and had garnered over 13 million viewers during the first season.The sitcom was on air for a period of six years and ended on May 20, 1996 after six seasons and 148 episodes.

In the sitcom, Ali played the role of Ashley Banksーthe youngest daughter of one of the leading characters, Phili Banks (played by James Avery). For her portrayal of Ashley, the young actress was awarded several awards including the Kids’ Choice Awards for Favourite TV Actress in 1996, the Image Award for Outstanding Youth Actor/Actress in 1997, and the YoungStar Award for Best Performance by a Young Actress in a Comedy TV Series in 1997. She has also been nominated for the Young Artist Awards for Best Youth Comedienne in 1994 at the age of 15.

But what has the actress been up to since her time on The Fresh Prince of Bel-Air? What happened to the girl who portrayed the lovable little girl in the series? What is Tatyana Ali been up to recently? Where is she now in 2018? 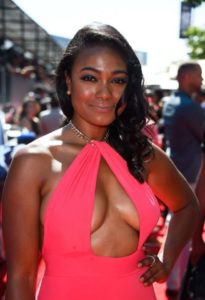 Born on January 24, 2979 in North Bellmore, New York, Tatyana Marisol Ali is the oldest daughter of Sonia, a nurse and Sheriff Ali, who was a police detective. She is of Afro-Panamanian and Indo-Trindadian descent and has two younger sisters. Even at a young age, Ali has always loved performingーboth acting and singing. She eventually got her first taste of professional acting when she was cast in the children’s show, Sesame Street in 1985, after having begged her parents to let her go to the auditions. Her appearance on the show would also bring her fame as a young, talented child actress.

Following her glimpse of fame on Sesame Street, Ali went on to perform in various acting productions during her childhood. She took part in a handful of stage performances including the Broadway show, Fences alongside actor James Earl Jones and the off-Broadway show Orfeo Del Campo, alongside Billy Dee Williams. The young actress also later starred in the game show, Star Search in 1983 at the age of seven. Eventually at the age of 11, Ali would relocate from her hometown of New York to Los Angeles in order to pursue a professional acting career.

Tatyana Ali in The Fresh Prince of Bel-Air 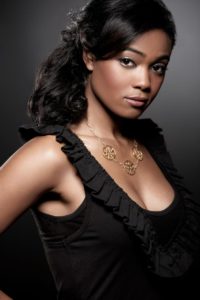 Shortly after moving to LA, Ali receieved her breakthrough role as the young girl, Ashley Banks on the NBC sitcom The Fresh Prince of Bel-Air. Featuring big name actors Will Smith, James Avery and Alfonso Ribeiro, the comedy series revolved around the life of Will Smith’s fictionalized version of himself, aka “The Fresh Prince” after he got into a fight and was forced to live with his wealthy aunt and uncle at the Bel Air mansion. Ali’s character, Ashley Banks, was the youngest daughter of the uncle and Will Smith’s cousin on the show.

The pilot episode aired on September 10, 1990 on the NBC network and was met with generally positive reviews by critics. The theme song of the sitcom was also fittingly written and performed by rapper, Will Smith himself. The Fresh Prince of Bel-Air would eventually continue for 6 seasons, over a period of 6 years; it ultimately ended on May 20, 1996 after 148 episodes.

Following it’s run, Ali garnered universal acclaim for her role as Ashley at the time. Her portrayal of the character has also earned her numerous awards and nominations including an Image Award for Outstanding Youth Actress, a Kids’ Choice Award for Favourite TV Actress and a YoungStar Award for Best Performance by a Young Actress in a Comedy TV Seriesーquite a feat for a girl who was only in her early teens at the time!

Tatyana Ali and Her Other Roles as a Young Actress 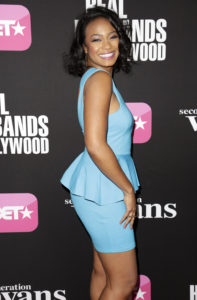 While she was filming for the award winning sitcom, Ali was also involved in a number of other acting roles on television including The Cosby Show, The All New Mickey Mouse Club, Kyno’s Storytime and Are You Afraid of the Dark?.

Even after the end of The Fresh Prince of Bel-Air in 1996, Ali continued to remain close with her acting career. She starred in a number of films throughout the late 90’s, including the comedy Fakin’ da Funk (1997), the psychological thriller Kiss the Girls (1997), the horror The Clown at Midnight (1998) and the black comedy, Jawbreaker (1999). Besides having appeared on the big screen, the young actress also returned to working for television; she appeared in the TV movie, Fall Into Darkness in 1996 and later played the role of Kai, in the drama series, 413 Hope Street in 1997.

Tatyana Ali as a Singer 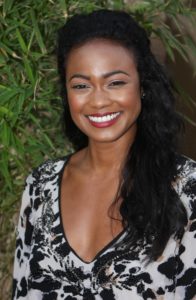 In addition to her love for acting, Ali had also loved to sing. Even while she was on The Fresh Prince of Bel-Air, the actress sang on various occasions, including a rendition of singer Aretha Franklin’s “Respect” during one of the show’s episodes. At one time, she also performed the original song “Make Up Your Mind” by Robert Jerald. Impressed at the young girl’s vocals, rapper and fellow co-star Will Smith once asked Ali whether or not she would be considering a professional musical career; however busy with filming, the actress chose to focus on acting at the time.

With more free time during the final season of the show, Ali began making preparations for her debut as a music artist. A few years after the end of the series, she released her first debut album titled Kiss The Sky in 1998 with the help of rapper, Will Smith. Released on August 25, 1998, the album peaked at the number 47 spot on the Billboard Top R&B/Hip-Hop Albums and at the number 106 spot on the Billboard 200 Chart; it was later certified gold in early 1999. However despite having had some memorable tracks such “He Loves Me”, the album ultimately did not sell as well as originally hoped. Ali was eventually dropped from the recording label later that year.

Having said that, the album did successfully spawn two hit singlesーEverytime and Boy You Knock Me Out, featuring Will Smith. The former was a huge hit and peaked at the number 3 spot on the UK charts whilst the latter peaked at number 20.

In 2005, Ali performed the theme song Sunny Valentine alongside R&B singer, Terrence Quaites, for the indie film, Rockin’ Meera. It would not be until 2014, that the singer would release her second album. In January 2014, she released her second major recordingーa new EP entitled Hello.

In 2007, Ali was cast as Roxanne, a recurring role in the American soap opera, The Young and the Restless. Set in a fictional town called Genoa City, the show focused on two familiesーthe wealthy Brooks family and the working class, Foster Family. The series was a commercial hit, having garnered eight Daytime Emmy Awards for Outstanding Drama series during its air; it also currently holds the record of being the highest rated daytime series on television in the US. 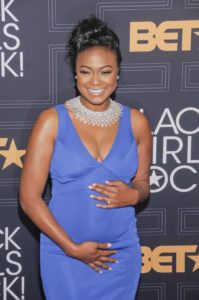 Recently in April 2016, Ali shared two big announcements with her fans; oneーthat she was getting married and twoーthat she is pregnant with her first child! According to an interview, the dark skinned beauty will be getting married to a man named Dr. Vaughn Raspberry, an English professor whom she had met online on the dating website, eHarmony. Having been together for a year and a half, Dr. Raspberry eventually popped the question while the two were out hiking through the Redwoods area in Yosemite. The couple later tied the knot in front of family and friends on July 17, 2016. Congratulations to to Ali and Dr. Raspberry!

In terms of acting, Ali starred in an original Thriller movie titled Second Sight earlier this year. In the made for television film, the actress plays the role of Clara Randallーa young teacher who has the “gift” of being able to see “visions”. As Clara’s students disappear one by one in a series of presumed kidnappings in the movie, it is eventually up to her (and her ability) to find them before it is too late. The suspenseful thriller was released on April 23, 2016; it also stars fellow actors Sharif Atkins, Texas Battle and Denise Boutte.

But that’s not all that she’s been up to in 2016ーthe actress of The Fresh Prince fame also made recent headlines this year when she sued Warner Brothers for having used her original concepts for the 2012 TV series, The Real. Back in 2012, the star came up with an idea for a showーit would revolve around a reality-based daytime talk show which featured a group of ecclectic females as hosts. Having thought of the idea, Ali eventually pitched the show concept to program execs that year but was later told that it had been rejected. However despite this, a show with a similar premise came to life in 2013 under the name, The Real. Disappointed at the turn of events, the celebrity took it upon herself to sue the company for the use of her concept in the series.

If you’d like to stay connected with Tatyana Ali, you can do so by following her on Twitter (@TatyanaAli) and Instagram (@TatyanaAli)! You can also visit her official Facebook page @OfficialTatyanAli for the latest news!