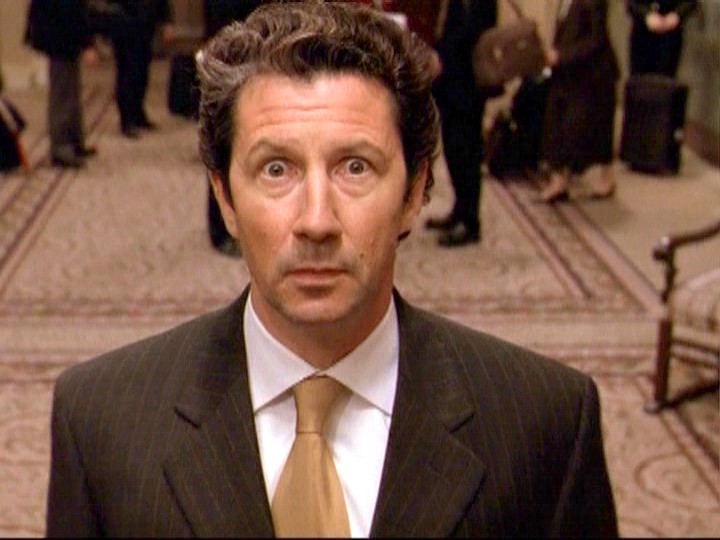 British actor, Charles Shaughnessy is most widely known for his roles in the soap opera, “Days of Our Lives,” and in the sitcom, “The Nanny” from the 80’s and 90’s. Besides being an accomplished actor on the screen, this British star has also lent his voice to various animations, games and commercialsー including old school cartoons such as Scooby Doo and Rugrats! For his achievements in voice acting, he has also won a Daytime Emmy Award for his role in the Disney cartoon, Stanley back in 2001.

Since then, Shaughnessy has taken part in various Television series and movies, including a musical in which he later won the Boston Theater Best Lead Actor Award for, in 2011! However things seemed to slow down around the end of 2014; he began taking on fewer and fewer roles on the small screenーalmost as if he had decided to take a break from acting altogether. What has Charles Shaughnessy been up to? What is he doing now in 2018?

Charles Shaughnessy’s Lifelong Love of Acting and Rise to Fame 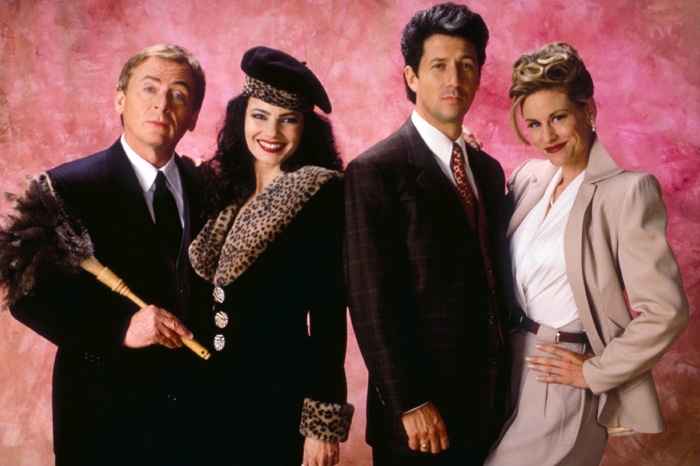 Shaughnessy was born into a show business family. Born in 1955 to television writer, Alfred Shaughnessy and actress, Jean Lodge, the British star had started to appear in plays early in elementary school. He also has a brother David, who is involved in the show biz industry as an actor, television producer and director. While Shaughnessy had always had a love for performing and acting, he had chosen to go for a degree in Law at the Magdalene College of Cambridge University after graduating from college, citing that “[…] it was about time someone in [the] family did something sensible.”

However even while studying law, he found himself unable to separate himself from his love with theatre; he eventually joined the famous “Footlights Revue” comedy club at Cambridge. Considering this, it really wasn’t all that big of a surprise in hindsight when he decided to enrol in a drama school in London after graduating from Cambridge with a BA in Lawーwhich ultimately led him to score a tour with a repertory company. After touring for a year in the repertory, Shaughnessy was cast in his first television series ever in “Partners in Crime” as Agatha Christie. 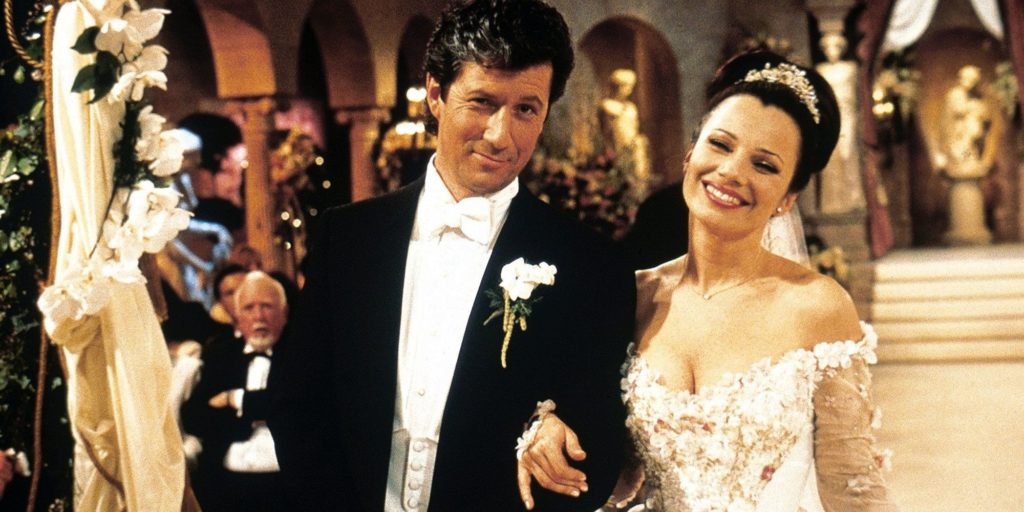 While Shaughnessy started to appear on television as early as 1983, it wasn’t until he played the ISA agent, Shane Donovan in one of the longest-running scripted soap operas, “Days of Our Lives” in 1984, that he first started to become widely known as an actor. His role as Donovan was praised by viewers and his character’s on screen romance with Patsy Pease’s character was so popular that the duo was eventually seen as a television “super couple.”

After “Days of Our Lives”, his second most well known portrayal is probably of Maxwell Sheffield in the American sitcom, “The Nanny” from 1993 to 1999; the CBS show was so well received that it had received both a Rose d’Or and an Emmy award!

Since then, the British star had taken part in numerous television series and films including “Denial” with co-stars Jason Alexander and Patrick Dempsey, “Kids in America” and “Get a Clue” with Lindsay Lohan. Shaughnessy has also worked for various animated series and cartoonsー including a role as a goldfish named Dennis in the Disney cartoon, “Stanley”, for which he had won an Emmy award for!

Did Shaughnessy Take a Break From Television?

It’s no doubt that 2014 was a busy year for Shaughnessyー with appearances in TV series left and right, it’s not too unreasonable to think that he wanted to take a small break from both the small and big screens…but did he? To answer this, lets take a quick look at the British star’s filmography!

Looking at his credits, the last role he took on in 2014 was a small one in the fantasy film, “Maidens of the Sea”. After that, it seemed as if he had made zero appearances in 2015. But wait! A closer look reveals that he had actually made a couple of guest appearances on television, including being on Tony Spatafora’s cooking show, “Dish it Out!” and on the daily talk show, “Today”. Besides being on TV, the British star also appeared as a guest on an episode of CollegeHumor’s “If Google Was A Guy” series, which is available on Youtube. 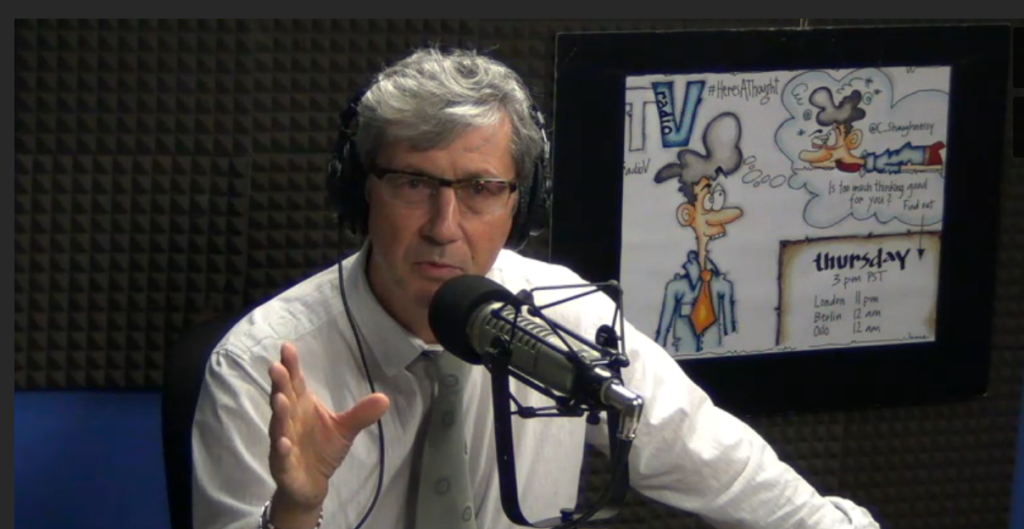 It seemed like he was also busy with managing his own talk show, “Here’s a Thought with Charles Shaughnessy”, which he had started back in 2014 (more on that later), that yearー no wonder he decided to step down a bit from television!

So What is Charles Shaughnessy Up to Now in 2018?

While it seemed like Shaughnessy had taken a possible break from television in 2015, the British actor appears to be back on the screens again in 2016. So far this year, he has been accredited for his roles in the TV series “The Magicians” and “Rush Hour”. He has also been taking part in the filming of the movie “Moontrap Target Earth,” as well as in the musical, “Buttons”ー look like his work has finally caught up with him! It has also been announced earlier in April of this year, that Shaughnessy will be joining the cast of “How to Succeed”, a musical comedy by the Connecticut Repertory Theater.

The British personality has also been busy with his ongoing talk show, “Here’s a Thought with Charles Shaughnessy,” in which he invites celebrity guests to join him in various discussions. The weekly talk show is available on TradioV and has been continuing every Thursday since its start in 2014. 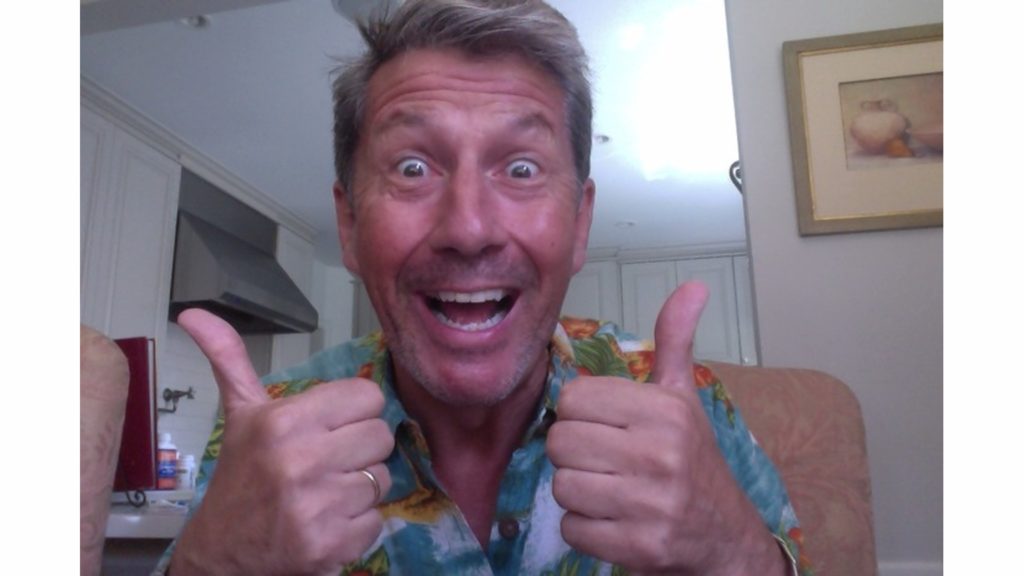 Here’s a little bit of trivia- did you know that “Here’s a Thought with Charles Shaughnessy” first started off as a Kickstarter project? Yes, Shaughnessy came up with the idea of hosting a talk show and made it happen himself with the help of Kickstarter! The project was ultimately made possible by the ~$10,000+ which was pledged through the site. The first show was held on August of 2014 and featured Martha Madison as a guest. The talk show is very much still taking place, so feel free to give Shaughessy’s TradioV page a visit if you’re interested! He also manages a blog on Blogspot which is mainly centered around the talk show.

Besides spending time on his weekly live stream, Shaughnessy has also been active with his Youtube Channel. That’s right, this British star is super internet savvy (he even has Tumblr)! Initially, his Youtube videos were blogs of him supporting Barack Obama during the 2008 US Presidential Elections however he has since started to post other videos onto his channel. If you have time, go give his Youtube page a lookー he has various uploads of his talk shows and random videos of both himself and various guests on his channel! 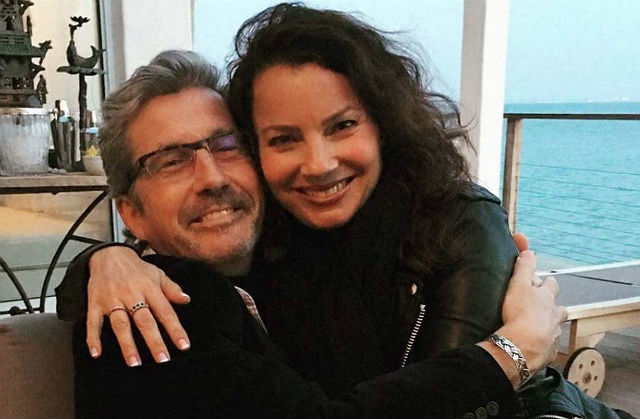 But that’s not all he’s been doing! The British celebrity has also recently attended a mini reunion party with the cast of “The Nanny” back in March of this year, to celebrate co-actress Renee Taylor’s 83th birthday. Since the sitcom ended back in 1999, the cast have had a few reunions but nothing as fun as thisー a reunion/birthday celebration! For those of us who weren’t able to take part in the reunion, Shaughnessy had shared many cute photos from the event on his social media…what can we say? The three cast members sure looked like they had a good time!

Luckily for us fans, it’s no secret hat Shaughnessy has an active presence on the internet. So if you’re looking to stay updated on his ventures, your best bet is to follow him on social media. Who knows? If you follow and comment on his pages, maybe you’ll even receive a reply from the man himself! Links to his official social media accounts can be found on his website, CharlesShaughnessy.com!

Are you a fan of Charles Shaughnessy? Let us know what you think of his works in the comments section below!