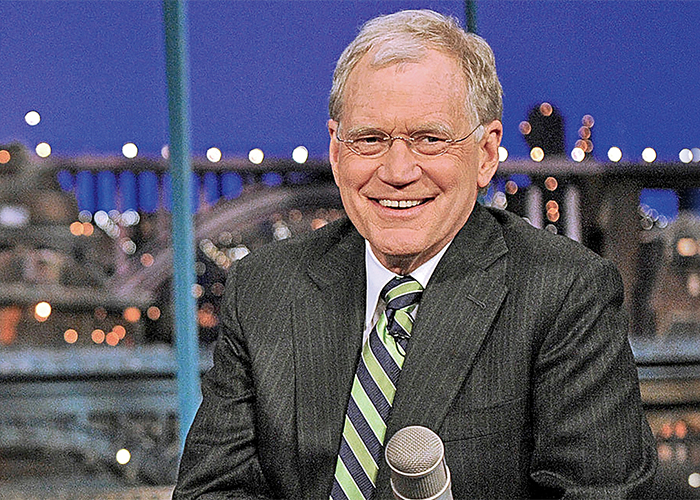 David Letterman is one of the most popular talk show hosts on television. Best known for hosting “Late Night Show with David Letterman” on CBS, he holds the title of being the longest-serving late night talk show host in American history, having hosted a total of 6028 episodes since 1982. Widely acclaimed, his late night shows have also received 67 Emmy Award nominations and have had 12 wins. Publicly acclaimed and widely successful, his talk show had reaped in a stunning ad revenue of $271 million in 2009!

However David Letterman shocked everyone in late 2014 by announcing his retirementーafter a long 33 years of hosting the “Late Night Show”, his saga was finally about to come to an end. Following 22 seasons, Letterman hosted his final episode of the “Late Night Show with David Letterman” on May 20, 2015. The talk show was later succeeded by Stephen Colbert in September of 2015.

But what has the famed television host and comedian been up to since retiring from the late night talk show?  What is he up to now? What has David Letterman been up to in 2016? 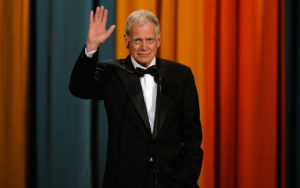 David Lettermen was born on April 12, 1947 in Indianapolis, to florist Harry Joseph Letterman and church secretary, Dorothy Marie. He is of German, English and Scots-Irish decent. Like father like son, Harry also had a quirky sense of humour and was known to bring life to the partyーsomething that Letterman had always admired growing up. As a young teen, Letterman lived in the Broad Ripple area of north Indianapolis near the Indianapolis Motor Speedway, a fact which may have influenced his hobby of collecting model cars such as racers.

When he was 4 years old, his father Harry suffered a heart attack at the age of 36; the elder Letterman survived the horrific experience but the ordeal had left the young Letterman with a fear of losing his fatherーa fear that would continue to follow him as he grew up. Unfortunately, Harry ultimately died from a second heart attack when Letterman was 25 years old.

As a teen, Letterman attended the Broad Ripple High School in his hometown and was employed at a local Atlas Supermarket as a stock boy. While he had originally wanted to attend Indiana University after graduation, he ended up going to the Ball State University in Muncie instead, due to insufficient grades. As a  member of the Sigma Chi fraternity, Letterman graduated from the Department of Radio and Television in 1969. He later endowed a scholarship that was for, what he referred to as, “C students” at the Ball State.

After graduating from University, Letterman registered and passed the physical exam for the draft to Vietnam. However to his luck, he ended up not having to be drafted for service as he received a draft lottery number of 346.

As a new college graduate, Letterman wasn’t too sure of what he wanted to do; that is, until he saw Paul Dixon on television hosting the Paul Dixon Show. The idea came to his mind thenーhe wanted to be the host of a talk show too! With that in mind, Letterman began his career as an announcer and newscaster back at the University’s student-run radio station, WBST. However, he was later fired for expressing mockery for classical music. He then started to work with another campus radio station, WAGO-AM 570. 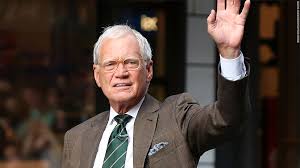 It wasn’t until he hosted the radio talk show, WNTS on the Indianapolis television station, that Letterman was first able to fulfill his wish of being a talk show host. As an anchor and weatherman, the young host soon became well known for his unpredictable behaviour on-air. For instance, he reportedly congratulated a tropical storm for being upgraded into a hurricane and described the size of hail stones as being “the size of canned hams.”

Occasionally, he would also be known to report the weather for fictitious cities. Letterman later starred in a local kiddie show and was the host of a late night television show titled “Freeze-Dried Movies”, in which he once used plastic dinosaur toys to act out a scene from the movie Godzilla. He also hosted an early Saturday morning talk show called “Clover Power”.
Encouraged by Michelle, his then-wife and many of his Sigma Chi fraternity brothers, the host eventually moved to Los Angeles with hopes of being a comedy writer. Two years later in 1977, Letterman became a writer and regular on the six week summer television series, “The Starland Vocal Band Show” which aired on the CBS network. Following that, he was involved in many other television series such as the comedy special “Peeping Times”, the game show “The Riddlers” and the variety show “Mary”.

However it wasn’t until he appeared on “The Tonight Show Starring Johnny Carson” (he referred to Johnny Carson as his mentor) that his unique sense of dry, sarcastic humour was picked up. From that, he was eventually given the opportunity to become a regular guest host on Johnny Carson’s show. His big break ultimately happened in 1980, when he was offered his very own morning comedy show by NBS, “The David Letterman Show”. Despite having only lasted for three months, the daytime talk show was a critical success and won two Emmy Awards; it was also the thing that led NBC to give the comedian his own late-night show.

His NBC late night talk show soon became widely popular am young television viewersーsomething that was probably attributed back to his irreverent and humorous nature. In “Late Night with David Letterman”, the host was known for various signature sections including “The Top Ten List”, “Stupid Pet Tricks”, “Stupid Human Tricks and “Dropping items off a give story building”. Letterman’s late night talk show debuted on February 1, 1982, with Bill Murray as the first guest.

Bill Murray would eventually become one of the show’s most recurred guests, having appeared on the 30th anniversary episode in January 31, 2012 and on the final episode on May 20, 2015. At the time, Letterman’s late night talk show aired immediately after “The Tonight Show Starring Johnny Carson”, Monday through Thursday at 12:30am. When Johnny Carson retired from his show in 1992, many people had thought that Letterman would be chosen to become his replacement as host of “The Tonight Show”, however much to the surprise of everyone, Jay Leno was instead chosen for the role.

With this, Letterman left both his show and NBC and began to work with CBS on “The Tonight Show.” The new talk show first aired on August 30, 1993 and was filmed at none other than the historic Ed Sullivan Theatre. Letterman was given a $14 million/year three-year contract for his role as host on the CBS show.

However unlike his previous NBC late night show, “The Late Show with David Letterman” was a little different in terms of style. The new show had a wider audience and carried with it a, generally more formal mood. Considering these changes, Letterman chose to replace his previously trademark blazer, khaki pants and white wrestling shoes for a more professional look with tailored suits and expensive shoes.

Letterman’s new talk show ultimately ranked second in terms of cumulative average viewers over time, out of all the major late-night programs. .The show was nominated for numerous Primetime Emmy awards, as an Outstanding Variety, Music or Comedy Series, for 16 continuous seasons. From the nominations, “The Late Show with David Letterman” won the award six different times. From 1993 to 2009, Letterman’s show had also ranked significantly higher than NBC’s competing late night show, hosted by Jay Leno, in the annual Harris Poll of “Nation’s Favourite TV Personalize” 12 times.

After hosting the talk show for over 30 years, Letterman announced his retirement during the taping on April 3, 2014. NBC later announced that comedian Stephen Colbert would be stepping up as his replacement. The last episode of “The Late Show with David Letterman” aired on May 20, 2015, and was watched by a total of 13.76 million viewers in the United Statesーthe show’s highest ratings since after the 1994 olympics; it also beat out all the other prime-time shows that night, as the highest-rated television program. Since his late night talk show career first started in 1982, Letterman had hosted 6028 episodes of late night television, earning him the title of being the longest-serving talk show host in American TV history. 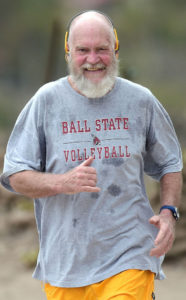 Since leaving his NBS late night show, Letterman has only had a handful of television appearancesーthe man has even grown a beard! Having said that, he did make a recent appearance at the 75th annual Peabody Awards in New York in May of this year. Not a stranger to the award, Letterman first won his Peabody Award back in 1991. In 2016, the comedian was presented with his second individual Peabody Award for enlivening television for over 30 years and reshaping the form of late night entertainment.

In June 2016, Letterman appeared in his first television interview since departing from “The Late Show” back in 2015. The former talk host chatted alongside interviewer Tom Brokaw about a variety of topics including life after “The Late Show” and his beard (We’re all curious about it, right?). When asked by Tom whether or not he misses hosting his late night show every night, Letterman didn’t seem to hesitate to say noーaccording to him, he feels like “an energy has left [him] since and that it’s not [his] problem anymore”.

The former talk show host was also seen dining at The Willistead Restaurant in Walkerville one Friday night in early June 2016. Although some had initially doubted whether or not it was Letterman himself due to his beard-ly appearance, restaurant owner Boscariol recognized him almost immediately. When asked what he was up to in Willistead, he stated that he was in Detroit for the Detriot Belle Isle Grand Prix and eventually found himself at Windsor.