What Happened to Christopher Masterson? News and Updates 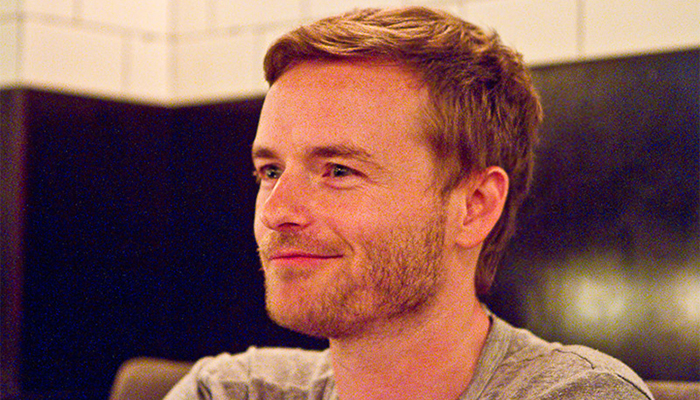 Christopher Masterson is an actor most well known for his portrayal of Francis Wilkerson in the American sitcom, Malcolm in the Middle. Hailing from the region of Long Island, Masterson first entered the acting world at the young age of 8ーin a television film called Hiroshima Maiden in 1988. Following his debut, the young actor appeared in a number of TV series and movies throughout the 90’s, including Singles (1992), The Road Home (1994), Sunchaser (1996), My Best Friend’s Wedding (1997), Touched by an Angel (1997) and The Pretender (1998); the most notable television series probably being that of the CBS drama The Road Home in which Masterson played the recurring role of Sawyer Matson. That same year, Masterson was also cast as a co-host in the magazine talk show, What’z Upーa series which discussed teen issues, alongside Bianca Lawson and Katie Barnhill.

Here’s an interesting fact about MastersonーIn 1992, the actor also starred as a cameo in the family comedy film, Beethoven’s 2nd, a movie which centred around a St. Bernard dog named Beethoven, and his puppies, in which his elder brother, Danny Masterson had played the lead role. However despite this, no one had known that the two actors were related at the time of filming; it wasn’t until the films producers viewed the film more closely later on that they noticed the resemblance of the two. Poor Chris was eventually cut out of the film!

Despite the ongoing roles given to the young teen during the 90’s, it wouldn’t be until 2000 that he would receive recognition as an actor. That year, he was cast as a series regular in the award winning sitcom, Malcolm in the Middle. Having first premiered on the Fox Network in January 2000, the show revolved around a student prodigy named Malcolm and his relationships between his friends and family. In the series, Masterson played the role of Francis WilkersonーMalcolm’s oldest brother, who was shown to be attending a military school during the beginning of the show. Malcolm in the Middle was a huge hit during its run throughout the 2000’s; it also garnered numerous awards including seven Emmy Awards and a Grammy Award.

But what has the actor been up to since his time on the sitcom? What happened to Christopher Masterson? Where is he now in 2018? 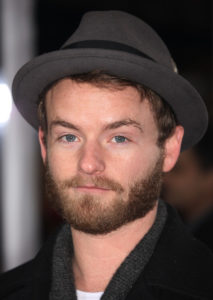 Born on January 22, 1980, Christopher Kennedy Masterson is the son of Carol, a manager and Peter Masterson, a worker at an insurance company. He has an older brother named Danny Masterson, who is also an actor; the two also have a half-brother named Jordan Masterson and a half-sister named Alanna Masterson, who are both involved in the acting industry. Having entered the world of acting at a young age (along with his brother), Masterson made his first appearance on the small screen in the Made for TV film, Hiroshima Maiden in 1988 as Timmy Bennett.

Following his small role on the film, the young actor later “appeared” in the family movie, Beethoven’s 2nd alongside his old brother, Danny Masterson, who played the leading role of Seth. While Masterson’s cameo role in the film initially went well, things soon became complicated after the movies’ producers noticed the resemblance between the two siblings and put two and two together (no one had known that they were siblings prior). Unfortunately due to the brothers looking too much alike, Masterson was eventually cut out of the final version of the film.

Later that year in 1992, Masterson landed two more small roles in the movies, Singles and Mom I Can Do It. Fast forward two years, the teen was then cast as a co-host on the talk show, What’z Upーa series which discussed issues surrounding teens; other co-hosts on the show included Katie Barnhill and Bianca Lawson. He was also cast in his very first recurring role, in the CBS drama series, The Road Home in 1994. Following his time on the two series, Masterson continued to appear in a number of television series and films including Cutthroat Island (1995), Sunchaser (1996), Touched by an Angel (1997), The Pretender (1998) and Millennium (1998).

In 2000, Masterson starred in his first leading role in the direct-to-video film, Dragonheart: A New Beginning. As the direct sequel of the 1996 film, Dragonheart, the movie followed the life of a stable boy named Geoffrey (who was played by none other than Masterson himself)ーa teen with dreams of becoming a knight, after he accidentally stumbles upon a baby dragon. The movie was later released on August 8, 2000.

Christopher Masterson in Malcolm in the Middle 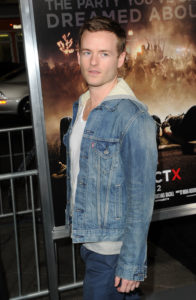 After years of playing small roles, the actor finally landed his breakthrough role that same year when he was cast in the American sitcom, Malcolm in the Middle. Featuring actors Frankie Muniz, Jane Kaczmarek, Bryan Cranston, Justin Berfield, amongst others, the series followed the life of protagonist Malcolm (played by Frankie Muniz), a student with an IQ of 165, and his relationships with his family and friends. In it, Masterson played the role of Francis WilkersonーMalcolm’s oldest brother. Malcolm in the Middle garnered positive acclaim from viewers and critics upon its release in January 2000 and had attracted over 15 million viewers during its first seasonーwith a rating of 23 million for its pilot episode. The series continued for seven seasons, spanning a total of 151 episodes; the finale eventually aired on May 14, 2006. The show currently holds a score of 88/100 on the media reviewing website, Metacritic.

With its success, Malcolm in the Middle also won a number of awards, including seven prestigious Emmy Awards, one Peabody Award and one Grammy Award; it also received a number of nominations during its run including seven for the Golden Globe Award. Along with the rest of his cast mates, Masterson was also nominated for two Young Artist Awards for “Best Ensemble in a TV Series (Drama or Comedy) in 2001 and 2002. To this day, his portrayal of Francis Wilkerson remains to be one of Masterson’s most well known roles in his acting career. 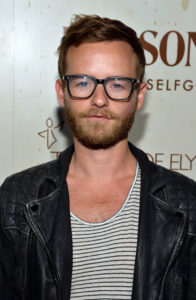 While filming for Malcolm in the Middle, Masterson also appeared in a handful of other TV series including That ’70’s Show (2002), The Dead Zone (2002), The Wild Thornberrys (2003) and MADtv (2004)ーThe Wild Thornberrys being his first voice-over project. Having first premiered on the Nickelodeon Network in September 1998, the animated series revolved around a family of nomadic filmmakers called the Thornberries, a group which was famous for their studies of wildlife. In it, Masterson provided the voice of Shane G., a pop star which joined the family through their travels in Alaska for five episodes. To this date, it is the only voice-over role which the actor has ever done.

Throughout the rest of the 2000’s, Masterson starred in various small roles across the big and small screens, including the short films The Masquerade (2007), Impulse (2010) and Electric Sheep (2012). In fact, the actor was even considered for the leading role of Will Turner in the well-known fantasy film, Pirates of the Caribbean: The Curse of the Black Pearl in 2003ーbut ultimately lost to actor, Orlando Bloom. In terms of TV series, he has also made various minor appearances in White Collar (2011), Men at Work (2012), Onion News Empire (2013), and Haven (2014).

Christopher Masterson as a DJ

In the 2010’s, the actor started to shift his focus away from acting and onto deejaying. Having been exposed to his brother’s deejaying ever since he was a teen, Masterson began to take his interest in the practice more seriously after his time on Malcolm in the Middle. In an interview, the actor later revealed that he had in fact, deejayed for two years in his bedroom prior to having tried to mix records in public. Eventually as he got better at it with practice, Masterson began to play at local restaurants and house parties as a DJ. An interesting factーin the deejaying world Masterson is known as DJ Chris Kennedy.

Since then, Chris Kennedy has performed at a variety of venues around the country, including a number of nightclubs such as the DJ-driven Studio Paris, over in Chicago. Throughout the years, he has climbed up the ranks to become one of the most highly sought after, DJs and night-life personalities in the country. If you’d like to hear some of his tunes, you can do so by heading over to the DJ’s sound cloud page (@dj-chris-kennedy).

What is Christopher Masterson Doing Now in 2016? 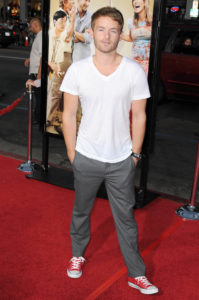 According to the actor’s IMdb profile, he has returned to the filming scene this year with the original thriller film, Beneath the Leaves. Besides Masterson, the movie also stars Mira Sorvino, Christopher Backus, Paul Sorvino, Doug Jones and Jena Sims and is directed by producer, Adam Marino. While no synopsis or release date for the film has been announced to the public as of yet, we can probably assume by its “post-production” status on IMdb that it will be released sometime later this year or early 2017.

Besides the horror film, Masterson has also been busy this year filming the comedy TV film, Mystic Cosmic Patrol. Directed by Neil Johnson, the movie stars the actor in the leading role of protagonist, Jack; other actors featured in the film include Minae Noji, Tim Russ, Gabriel Jarret, John Kassir, Chelsea Tavares, amongst others. According to actor Tim Russ, the upcoming film will be a fun take on the superhero shows in Japan, in which he will be playing an entity that has the ability to control both time and space. Currently no details about Jack’s character has been releasedーguess we will only have to wait until the movie releases in 2017 to find out!

In terms of DJ Chris Kennedy, he was recently featured as a guest on the podcast, Why’s everyone Looking At Me? (more specifically on the fifth episode). Hosted by DJ veterans Bizzy and Excel, the podcast features the two as they come together to discuss the current night-life industry and lifestyle along with other trending topics every Tuesday. The pair also invites special guests onto their show every week, including other DJ’s, celebrities, bartenders…practically anyone that has to do with the night-life! If you’re interested in listening to the episode featuring Chris Kennedy, you can do so by visiting the podcast page on GeekNation.

Looking for more news on the actor of Malcolm in the Middle fame? Then fear notーyou’ll be able to find the star over on Twitter under the handle @CKMasterson! Or if you’re interested in his deejaying endeavours, you can even visit his official DJ Facebook page over at @DJChrisKennedy!