Brian Welch, also known as “Head”, is one of the founding members of the band Korn. After spending many years with the band, Welch had a change of heart and decided to follow Christianity and utilize his talents in spreading positivity through Christian metal rock. Despite that he has not forgotten Korn and again plays for the band, but now they are exhibiting a different atmosphere unlike before.

You might be wondering what happened to Brian Welch or what he is up to this year. Before we check his current whereabouts, let’s take a look at his journey and how he had a life-changing experience.

n Phillip Welch was born on June 19, 1970, in Bakersfield, California. The young Welch was often bullied by his schoolmates who called him “Head” due to his disproportionate physical features. Also he loved listening to metal rock and idolized Ozzy Osbourne. Wanting to dive into music himself, Welsh told his father to get him a drum set. However his old man instead got him a guitar and told him that it was easier to bring around and was also a quieter instrument. It didn’t take long for Welsh to master the guitar.
In the early 90s Welch was recruited by a trio of musicians who formed the band Creep. They also took in Jonathan Davis (the vocalist of Sexart) and together the five man group renamed Creep into Korn. They worked on their music in Huntington Beach and also played at small gigs. During that time Korn had a “unique” sound that attracted crowds whenever they played at the studio. It was also during this time when Welsh had his first taste of drugs. 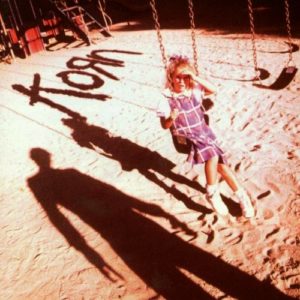 Korn received many offers from different record label and in the end they chose Immortal Records, which is an imprint of Epic Records. The band released their eponymous album in 1994 and was met with positive reviews, not to mention receiving double Platinum certification for achieving millions of copies sold. The band also amassed a large fan base who craved for a second album.

Their next album Life is Peachy was released in 1996 which did well commercially but critical reception was lukewarm. Their first two albums were regarded as among the greatest in the alt-metal genre. Two years later they released Follow the Leader which indeed followed the success of its predecessors, and the same goes for their next two albums namely Issues (1999) and Untouchables (2002).

As the band raked in millions of royalties with their wildly-successful albums, the members however were tormented by their own personal demons. Welch was plagued by his drug addiction and it also affected his life back at home with then-wife Rebekah and daughter Jennea. During the band’s tours Welch brought his supply of drugs with him by storing them in different containers ranging from capsules to deodorants. The band members reportedly stayed sober only for a few hours in a single day.

In 2003 the band released Take a Look in the Mirror which failed to appease the ears of critics, although the fans were pretty much pleased. At this point Welch felt that he was no longer enjoying the band’s touring in different faraway locations. The final nail in the coffin of his Korn days was when Welch heard his daughter sing one of their singles titled “A.D.I.D.A.S” (which actually means “All Day I Dream about Sex” and was not about the famous footwear brand). The experience made Welch seriously doubt his fatherhood and path in life, as he did not want to see his daughter grow up in such an environment of negativity.

Welch’s life took a turn in 2005 when he embraced Christianity and announced his departure from the band. Later on he went to the Jordan River in Israel to be baptized. Welch also claimed that he was finally free from the vicious grip of drugs after a “rehab” with the help of God. This decision also resulted in a brief argument between him and Davis which was eventually resolved.

Welch’s decision to this new path in life cost him millions of dollars as he left Korn while the band was on the verge of a new contract. The money he saved while he was on the band was spent on philanthropic endeavors in India and in buying a studio for his solo music career.

Welch made a comeback with the release of his 2007 autobiography Save Me from Myself and was included in the best-seller list of the New York Times, followed by his Christian metal debut album of the same name. He also founded his own record company named Driven Music Group, but split from it in 2011 due to a legal battle.

The singles Welch penned in the album contained incredibly positive lyrics coupled with sounds that are reminiscent of his Korn days. Save Me from Myself was met with positive critical reception and Welch admitted that he had to start from scratch as he no longer had a massive audience in front of him unlike in Korn.

Welch was among the celebrities who made video testimonials through the non-profit organization I Am Second. Here he talked about the effects of drugs in his life and how he pushed out of it with his faith. You can watch the video on YouTube.

In 2008 his autobiography was reprinted with a new title Washed by Blood. It was geared towards younger audiences and had its mature content slashed. Two years later he published a devotional titled Stronger which contained scriptures and Welch’s stories during those trying times in the past. 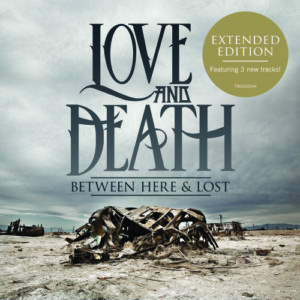 In 2012 he formed the Christian metal band Love and Death and they released an extended play titled Chemicals. Their debut album Between Here & Lost was released in 2013 and received praise despite, again, sometimes sounding too much like Korn.

Despite rocking in a different musical direction, Welch has not totally forgotten about Korn. He was introduced as a special guest during Korn’s closing act at the 2012 Carolina Rebellion, and he was part of their other performances in rock festivals throughout 2013. Welch was againin the band as he was part of their highly-successful eleventh album The Paradigm Shift. He revealed that the band had a positive change and that the members are no longer how they used to be, instead choosing to be good fathers to their children and have left behind their past vices.

Welch appeared in the 2014 documentary film Holy Ghost as among the individuals interviewed regarding their faith.

Let’s see what Welch is doing now this year. 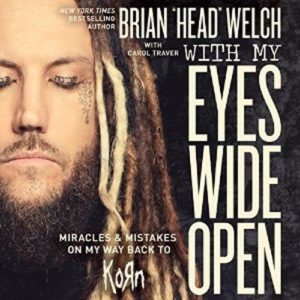 Despite his return to Korn, Welch assured his fans in the realm of Christian metal that he has not abandoned Love and Death. Last May 2016 they released a single titled “Lo Lamento”. It is a free track that comes along when you purchase Welch’s latest book With My Eyes Wide Open.

Welch is making an appearance at the Liberty University Vines Center in Lynchburg, Virginia, on September 19.

As for Korn their next album titled The Serenity of Suffering is slated for release this coming October 21.