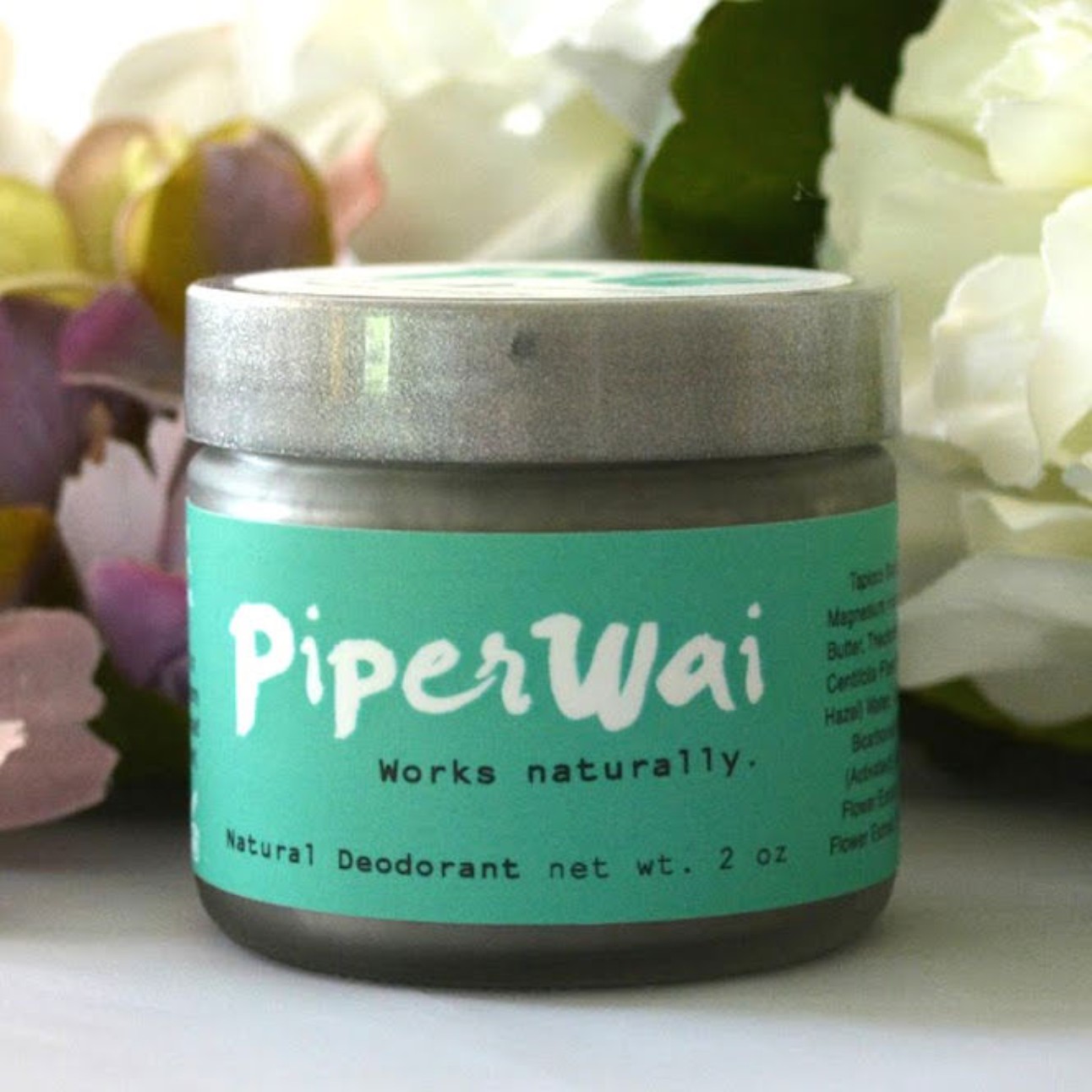 Long before they appeared on Shark Tank or even started Piperwai, Jess Edelstein and Sarah Ribner ran a lemonade stand. Later on, they were unhappy with the commercial deodorants on the market. They were filled with unnecessary chemicals and toxins. The girls wanted to live a healthier lifestyle, but they were having a difficult time finding a natural deodorant that actually, well, worked. Jess researched ingredients and recipes and came up with a homemade natural deodorant all her own. Sarah took it with her on a trip to South America, and the new deodorant passed the heat test.

The business grew quickly. After about a year, Jess and Sarah were ready to take their business to the next level. They started an Indiegogo campaign, asking for money to fund their first large scale manufacturing venture. They were wildly successful, surpassing their goal of $25,000. Next, the Shark Tank. 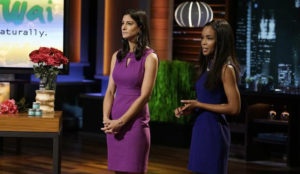 Jess and Sarah walked into the tank with a third party, a woman who was decked out in fitness gear. They introduced themselves and their company. Jess started right in, stating that the ingredients in traditional deodorants and antiperspirants were linked to terrible diseases such as Alzheimer’s and cancer. They continued as the Sharks looked on skeptically. Jess said that she was having trouble locating a natural deodorant that works to keep body odor at bay. Jes pointed to her display of Piperwai and declared that it was a natural deodorant that actually works. As she was speaking, the woman in fitness clothes started doing pushups.

The woman was introduced as a fitness guru who applied the deodorant, and then ran 5 miles and completed a strength workout. Jess stated that the sweaty woman would be the one to hand out samples, and she invited the Sharks to “smell for themselves” how well Piperwai works as an odor blocker. Jess and Sarah loudly proclaimed that Natural Deodorant doesn’t have to stink as the sweaty woman handed out samples. The Sharks all said that they did not want to smell her, but Lori took one for the team. The woman lifted her arm, and Lori took a nice whiff. She declared it to be okay.

The Sharks started to open the jars that they were handed. Lori commented on the look of the deodorant, noticing the charcoal. Robert stated that it was a very strong smell. Mark smelled it and shuddered a bit. Jess said that it was their proprietary blend of essential oils that provided the scent. She stated that they were also antimicrobial, which help eliminate odors. She went into a scientific explanation of sweat. Jess said that sweat is odorless, and it is actually the bacteria on your skin interacting with the sweat that makes it stink. Jess stated that their product neutralizes odors by affecting the Ph of the skin, making it an unpleasant place for the bacteria. She said it doesn’t stop you from sweating; it just keeps the sweat odorless.

Barbara pointed out that it was strange to see deodorant in a paste. Mark said that it also kills the men’s market. Jess said that her deodorant works better than any other natural deodorant. That had Mark Cuban rolling his eyes. He did not look impressed. Jess said that she has customers who gave up their clinical strength antiperspirant for it. She said that is healthy, and better for you than regular deodorant. She did acknowledge that most people prefer deodorant in stick form. Jess stated that they were working on a prototype of stick deodorant.

Holding the tub of cream deodorant, Barbara asked if it was already yesterday’s news if people were not responding to it. Jess denied that that was the case. She declared that her customers love the product and that they were sharing it all over social media.Robert asked how much the customers love it in terms of numbers. Sarah said that they’d gotten $110,000 in sales since their launch 18 months ago. Barbara looked impressed.

Robert asked if they had done a marketing campaign. Sarah and Jess said that it was all done through word of mouth and social media. They got the word out through bloggers and journalists, and they passed the news on. Jess again made the point that it was a natural deodorant that worked, and Mark interrupted her. He asked how much they sell it for. Sarah said that it goes for $11.99 plus shipping on their website. Barbara asked what it cost to make, and Sarah told her that is $2.74 per unit.

Robert asked how they developed the product. Sarah let him know that she had decided that she did not want to wear antiperspirant anymore, but she could not find a natural deodorant that actually worked. After months of experimenting in her kitchen, Jess came up with something that used to work for her. She explained how she gave some to Sarah to try on her service trip to South America. Sarah said that it worked, even in the Tropics. They became business partners. They did the marketing work then, conducting surveys and giving out samples to friends and family. They turned Piperwai into a brand together.

Barbara asked if anyone was turned off by the charcoal in the cream. Sarah denied that it did, saying that it was a trend in the beauty industry to use activated charcoal in products. Barbara then asked what they would spend the money on if they were to be funded. Jess said that they would begin to scale production, and introduce the stick application. Lori asked if they had done any skin sensitivity testing. Jess stated that she knew that it was important to do that, but also costly. She said that she would do that immediately upon receipt of the money from the Sharks.

Lori asked if the deodorant went on clear, which was one of my concerns as well when thinking of charcoal deodorant. I would not want it staining my clothes. Jess confirmed that it does go on clear. Lori then asked if they noticed anyone else using charcoal in deodorants. Jess said that they were the first to use the idea in cream deodorant, but there might be a messy power on the market that doesn’t work that well.

Lori asked if there was anything that would stop competitors from stealing the charcoal idea. Jess looked stumped, but Sarah said that it would not take away the market share that they’ve already gotten. Kevin interjected, saying that he doesn’t believe that they are any different from the other big companies that already do natural deodorant. He stated that they had not market share. He said that he thinks it’s good that they had a realistic estimation of their valuation, but he was not confident that he would see his 50 thousand dollars back. Sarah stated that they had been talking with big box retailers and large commercial websites, and wants to close the deals that they have started.

Kevin said that he was worried that he was going to get crushed by the big guys in the deodorant industry that already had market share and shelf space. He bowed out. The woman in the fitness gear piped up. She said that her mom is a breast cancer survivor and having natural products that she can use is imperative to her. She affirmed that she was an athlete, and insisted that the product works. Robert still went out, saying that just because it works doesn’t mean that there is a business for it.

Jess said that people email her every day saying that the deodorant is life-changing. Mark cut her off, asking if she had any number to back up her anecdotal response. Jess tried piping up about her customers’ responses, but Mark didn’t let her finish. He said that they should have 5x the sales that they do if people really liked it. They should be back to purchase more. He went out, saying that they are not self-aware.

Barbara said that she believed them. She said that they were at the right stage for where they were in their business. She offered them $50,000, but she wants to be a third partner in their business. Barbara said that she would work with them hand in hand, hence the reason for the 33% stake. Lori said that she is also a bit of a health nut, and was looking for a natural deodorant that works. Lori said she would give them the $50,000 for 35%. She stated that they would need a lot of work to get to where they want to be.

Jess countered both Lori and Barbara, asking if they would go down to 25%. Both refused, saying that they would need to put too much work into it to make it worth it. Sarah said that they could handle more of the business than the Sharks were giving them credit for. Barbara stated that she did not mistrust them. Jess again asked if she would go down to 25%, and by some miracle, Barbara consented. Robert nearly fell off of his chair. Jess and Sara said they had a deal, and they all hugged.

Piperwai Now in 2018 – The After Shark Tank Update 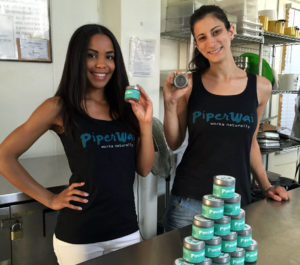 The girls have gone far since their appearance on Shark Tank. While Piperwai has experienced some growing pains, they are making it work. They recently appeared on a Shark Tank update where they met with their Shark. Jess and Shark relayed the challenges of growing faster than they could keep up. They had a backlog of 4-6 weeks. You can purchase the products from various retail stores, Amazon, and their website… But you might be waiting awhile.