The Beebo Update- What Happened After Shark Tank 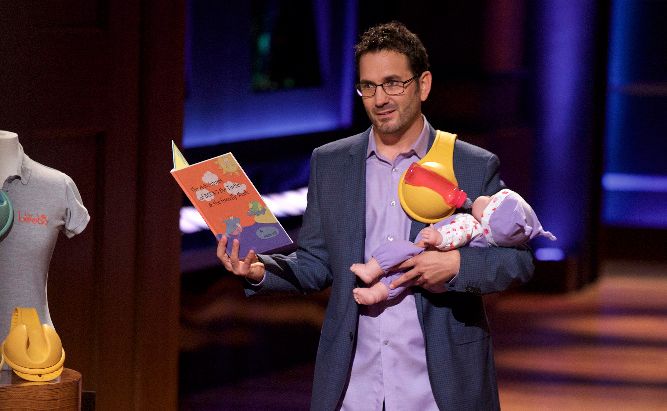 The Beebo Before Shark Tank

If you find yourself feeding a child, whether you are the parent or just babysitting, odds are you are going to have a little bit of trouble with getting the technique right. I personally know from feeding my sister’s daughter that sometimes babies just are weird and won’t suckle straight from the bottle. Fortunately, a product called the Beebo has been invented to try and remedy this situation. The Beebo is a unique solution to bottle-feeding a child, and you can find out more about what the Beebo is and the positive effects it has for children just below.

The Beebo on Shark Tank

Martin Hill, the owner and creator of the Beebo, has just stepped into the Shark Tank. Martin is looking for a $200,000 investment in exchange for a 20% equity stake in his company. What exactly is the Beebo? The Beebo is a new, innovative way to feed your child. Parents have been feeding their children the same way for thousands of years – baby in one hand, bottle in the other. Martin has created a product that enhances the way parents bottle feed their children. The Beebo is a better way to bottle feed, surely, and when Martin pushes away a divider blocking off his product from the Shark’s eyes, the breastfeeding method of the future becomes clear.

The Beebo is a pediatrician-approved alternative to feeding your child, and all it simply is is a silicone fitting that fits comfortably over a man or woman’s chest. Place the bottle into the slot, then rotate the cup in order to feed the baby. The bottle can be rotated upwards during burping or play, even. The Beebo leaves one hand free, leaving you to read to your baby, caress your baby, and even enjoy family meals together in a proper fashion. With the help of the Sharks, Martin can help to free up a hand from new parents around the world.

Ashton Kutcher, tonight’s guest shark on the season premiere of Shark Tank, is thrown under the bus by Robert who asks him if his child is on the set of filming. Ashton downplays Robert, but the camera does cut away to his wife holding his child. Martin passes out samples to each Shark, and demonstrates the most appropriate and easiest way to use the Beebo. Ashton asks Martin about the various bottles that can be used with the Beebo, since babies love Doctor Brown and others love other types of bottles. Robert is blown away that Ashton knows the difference in baby bottles, but Ashton mentions he is now on dad duty.

Martin demonstrates the product in front of the Sharks, explaining that the Beebo is made from a soft, flexible skin that is also watertight. Kevin calls for the demonstrative child to test the product, then hands it to Ashton to test it out. Ashton sets the Beebo up and reaches down to take a sip of his own beverage, which draws a laugh from the Sharks – Mark then places his own Beebo on Ashton’s free shoulder, joking that it is for when he has twins. However, Martin does mention that a lot of orders come in pairs when people have twins and order two separate Beebos.

Kevin asks Martin how he managed to come up with the idea, and Martin explains that in his past, he was an electrical engineer. When he had his own kid, his child went through a phase of really struggling with the bottle, so Martin came up with an idea. The idea came to him when he realized that his child was most relaxed when he was reading a book to him, so he prototyped with straps in the garage and his child would end up sucking the bottle dry. As a result, Beebo was founded.

Robert asks about sales of the Beebo, which Martin explains comes out to $20,000 as of last February (this episode would have been filled around August through October). Mark asks about the economy of each unit, and Martin explains that the MSRP is $39.95 and the manufacturing cost is $10.86. In February, they sold only $1,800, and in March, they doubled that. Buyers are starting to flood in now, as Martin and the Beebo has been contacted by big-box retailers who are looking to purchase numerous quantities of the product. Robert confirms that the Beebo is currently not available in retail stores.

While Robert asks for a sample of the packaging to inspect it, Lori asks if Martin designed the packaging himself. Martin had a lot of say in the package, but did not design it. Robert mentions his thoughts – the packaging is a little rough, and it is not clear what the product exactly is. With the money from the Shark Tank or other investors, Martin says, money will be spent to revamp the packaging. Packaging is crucial since it is always the first impression a buyer will get when looking at your product. A brand refresh is also in the works.

Kevin asks if there is a patent on the Beebo, and Martin says that the utility patent has been fully issued for the Beebo. Lori then asks why Martin named it the “Beebo,” and he explains that his prototyped was aptly-named “the boobie”. Since that was shut down by his wife, Martin moved on to something a little more professional; Robert likes the new name more, however. 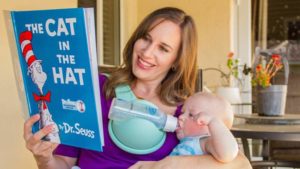 Kevin then sums up that he likes the product since it is simple, but the packaging is quite poor. The utility patent makes a lot sense, since in Kevin’s own baby-feeding days, he had a lot of trouble with the whole “ordeal” and feeding his own child with a bottle. Kevin then makes an offer of $200,000 in exchange for 33.3%, since he sees such a strong need for the product in his own life. He does like the product, but the packaging is weak and would need way more cash than a portion of the $200,000 in order for repackaging to happen, and more than the $200,000 for the brand refresh to happen.

Much like Kevin, Robert likes the business and the product, and also the fact that Martin put $180,000 of his own money into the company. It has been a long time since Robert had a baby, and he remembers not having that much trouble with feeding the child. Robert is out of the deal, unfortunately. Mark speaks up next, who also loves the product, but from his mind, it would not be appropriate for him to think that he needs an additional tool. Even if feeding the baby is messy, or the baby is fidgety, Mark does not feel like there is a problem here that can be solved with the purchase of the Beebo. Mark is also out.

Ashton Kutcher also thinks that the Beebo is cool, and as a dad, his favorite moments are to feed his daughter and hold her. However, his expertise would be more appropriate further down the road when it comes to manufacturing and marketing. Ashton primarily has knowledge in creating goods at an appropriate price-point to sell and advertising those goods effectively to consumer, so ultimately, it is just too early for him to jump on board with the Beebo. Ashton is also out, leaving just Lori left to speak and Kevin with an offer on the table.

Lori immediately makes an offer of $200,000 in exchange for 30% of the company. However, she does call for Ashton to participate, since Ashton is a new dad and since he has social marketing connections, the team of Lori and Ashton would work well together. Ashton would bring in the ability to make things at a low price while she brings the packaging, since Lori is able to make packaging for products that can send it flying off the shelves. Lori and Martin then look to Ashton to decide, who takes a moment to make up his mind.

Ashton agrees to enter the deal with Lori for an even $200,000 across a 15% equity. Without hesitation, Martin immediately agrees to the deal with Lori and Ashton, securing himself a veteran Shark and a newcomer Shark. All of the Sharks are excited for Ashton, who just made his very first deal on the first episode of this season of Shark Tank.

Beebo Now in 2018- The After Shark Tank Update

Luckily for Ashton Kutcher, the Beebo seems to have taken off as a bottle feeding aid. The Beebo now has an incredibly strong review of 4 stars across 81 customer reviews on Amazon, and has grown their business to be available at retailers like Babies ‘R Us and numerous other boutiques specializing in infant products. The Beebo has grown their product line as well, offering a total of three colors now in charcoal, raspberry and teal. The Beebo is now available for $29.99 and it is available at many locations including directly from the Beebo website.