Top 10 Most Interesting Wars That Ever Happened 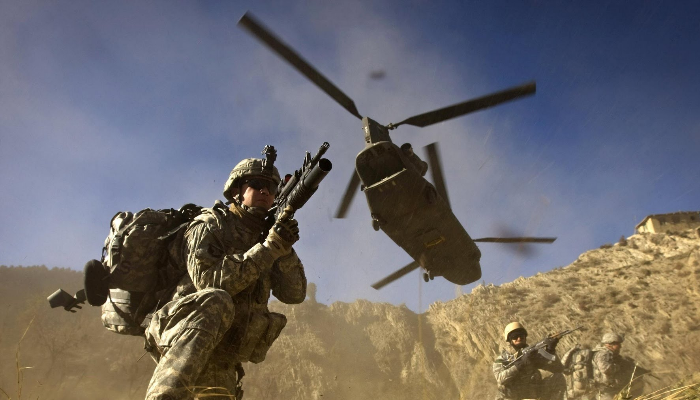 Wars are usually fought over territories, glory, honor and similar motives. Most wars have complex and large-scale causes that have made them happen. But sometimes, there are exceptions. There are wars fought over some insignificant and trivial reasons. And today, those are our topic.

Together, we’ll learn about 10 of world’s most bizarre, interesting and pointless wars that have ever been fought. Without further ado, let’s get into them. Here are the top 10 most interesting wars, ranked in no particular order. 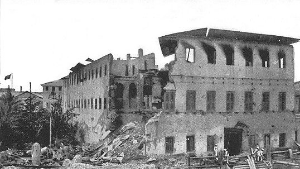 We are opening the list with a war that is actually a record holder. The Anglo-Zanzibar War was a conflict between the UK and Zanzibar in 1896, and is the shortest war in history. While most wars go on for months or years, the Anglo-Zanzibar war was the exact opposite of that. It lasted for roughly 40 minutes. Zanzibar’s army suffered roughly 500 casualties, and the attacker only had a single person injured. The British won the war in a quick manner by disabling their opponent’s defenses by bombarding them and quickly sinking their boats. The field battle that came after that wasn’t much of a challenge, and the British have won the war after 40 minutes.

As you can guess by the unusual name, this war is listed here for having a very specific cause – a human ear. That’s right, a war started because of captain Robert Jenkins losing his ear in 1731. The war didn’t start until eight years later, but the first glimpse of conflict was caused by the separation of Jenkins’ ear. Britain suffered around four times the damage and loss compared to their Spanish opponents. 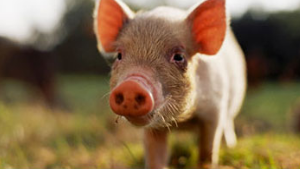 Another war caused by a very bizarre reason. A pig was shot in 1859 which caused the United States and Great Britain to start a war. Why was the pig shot? Well, it was trespassing on Lyman Cutlar’s private property, and he decided to end it right then and there. After some back and forth between him and the pig’s owner, the British threatened to arrest Cutlar. America then responded by sending soldiers to protect Cutlar, thus adding fuel to the fire. Long story short, not a single bullet was fired and no people were injured, although the war lasted for several days. Both sides have been given the same orders; not to shoot first. Soldiers listened to their commands and thus the only victim of the entire event was the pig.

A local war in Transnistria that happened between in 1992 is also known as the “Drunken War”, due to its bizarre nature. The soldiers were fighting during the day, but when the night approached they put down their weapons and went for a drink...with one another. The same people who killed each other on the battlefield during the day drank together regularly during the nights. As friendly as that may sound, the war wasn’t victim-less. Couple hundred people were killed and many more were injured during the 4 months long battle. 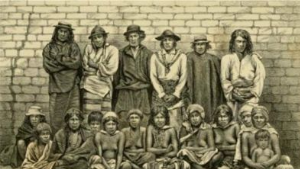 Paraguayan Great War was the deadliest war in entire Latin America’s history, with around 400,000 estimated deaths during the 6 year-long war. During one of history’s worst military movements, Francisco Solano Lopez declared a war on Brazil. Unlucky for him and his nation, Brazil was in an alliance with Columbia and Urugay, two neighbor nations. The war was absolutely devastating for Paraguay’s population – around 70% of the male population died in the battles. The weird thing that the cause of war was Lopez’s belief that regional balance of power was threatened, and he decided to address that issue by attacking three of his way more powerful neighbors.

Italy vs Ethiopia had a face off in 1935/1936, and it is one of the most one-sided wars that ever happened. Italian army was consisted of over a million soldiers, armed with several thousand machine guns, few hundred tanks, modern assault weaponry as well as motorized transportation vehicles. On the other hand, 500,000 Ethiopians were armed with century old rifles, some even with spears and bows. They used horse-drawn carts as their transportation vehicles. While Italians had several hundred tanks and aircraft, Ethiopians had precisely 4 tanks, 7 armored cars and 13 aircrafts. Obviously, they suffered a major defeat.

4) The War of the Stray Dog 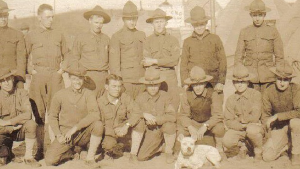 A crisis between Greece and Bulgaria that happened in 1925 is sometimes known as The War of the Stray Dog, due to its origins theory. There are two of those, and one of them is much more interesting than the other. A Greek soldier’s dog ran over the border and a soldier ran after it, attempting to catch the dog. When the Bulgarian border guards noticed what was going on, they shot the solider, and thus sparked the conflict. A total o 121 Greek soldiers were killed in the war, while Bulgarians suffered 50 victims, most of which were civilians.

An unusual war took place in 1932. During the November and December 1932, Australians battled…emus. That’s not a typo, we are referring to the animal. Several thousand emus arrived on Australian farming lands, ruining the corps and destroying the field fences. After several failed ambushes, guns that jammed and natural inconveniences (bad weather), the Australians killed only several hundred emus and fired around 2500 rounds of machine gun ammunition. The army withdrew shortly after, and the emus “attacked” again.  Yet again, the army intervened and managed to kill 986 emus with 9860 rounds, giving it a rate of exactly 10 rounds per kill.  During the following decades, farmers called for aid several times more, but were denied. A bounty system was put in place and was proven very efficient. However, technically the war vs emus was lost. 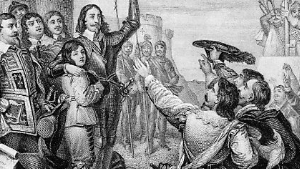 The longest war in history lasted for 355 years. During the three century war, millions of people were killed and captured…just kidding! The war between Netherlands and Sicily lasted for 355 years and didn’t have a single casualty, mainly because the war didn’t really happen. The war started in 1651 and lasted until 1986. Long story short, the war was declared due to political reasons, but nothing ever happened, and it was forgotten for centuries, until peace was officially declared in 1986.

Falkland War is one of the most bizarre wars because of what it was fought over. Two huge countries, Great Britain and Argentina battled over two South Atlantic Islands, both very small and without great importance. British defended the islands only because they didn’t want to give up their influence across seas. The 2-months long war however did have both impact in both countries and is the subject of many books, films and songs.