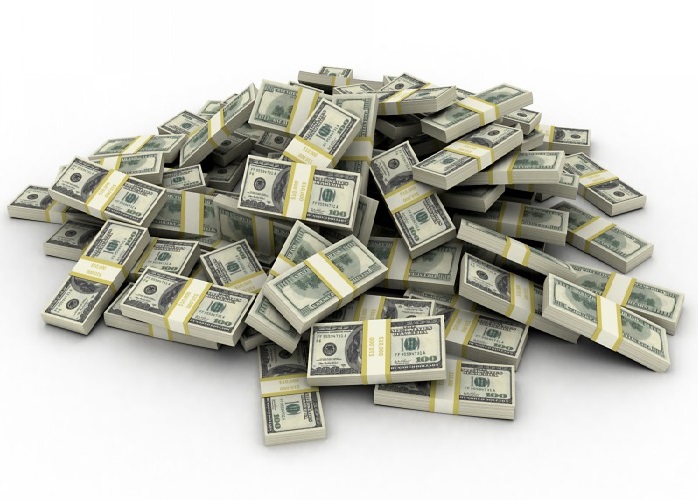 Game shows have been a regular part of television entertainment since the 1950’s, and the potentially life-changing sums of money that can be won by contestants attract a huge number of people who would love a chance to play for fortune, and even possibly fame. But the chances of actually being selected to appear on a big money show are virtually nil, millions apply every year for their own opportunity to strike it rich, but only a tiny proportion ever actually make it onto the set. So consider how lucky you would feel to be in the studio, in front of a live audience and vying for your chances to win it big. There are plenty who can’t deal with the pressure, and game show history is filled with contestants who cannot answer the simplest of questions when the spotlight is on them, but there are a few who seemed to thrive under that pressure, and in doing so they gained our respect, occasionally our envy, and usually huge sums of cash as well. At the top of the winning heap, here are the ten biggest winners in game show history. 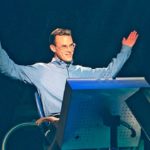 John Carpenter was an IRS agent from Northampton, Massachusetts who had a love for trivia and an incredible memory for retaining information. He discovered Who Wants to be a Millionaire during an evening with friends and was surprised to discover that the first, and apparently easiest questions were no harder, to his fact-stuffed brain at least, than the later ones. John applied for the show and breezed through the application questions, he appeared on an episode on November 19 1999 and after being booed by the crowd when he revealed his occupation, he proceeded to show his impressive mental capabilities by answering the first fourteen questions without hesitation or using any of the lifelines offered to him. No-one had won the $1 million top prize before, and the tension was palpable as John was shown the final question. After quickly reading it, John suddenly announced that his wished to use a life-line for the first time, and he asked to call his father Tom. The audience wondered if John’s impressive memory had failed him at last, but John merely wanted to tell his Dad that he knew the final answer and he was going to win a million. That surprising moment led to fame as well as fortune for John, who went on to appear on many TV programs, including Saturday Night Live, Good Morning America and The Oprah Winfrey Show. He appeared in the champions edition of Millionaire in 2000 and added another $250,000 to his total winnings. Surprisingly John still enjoys his career at the IRS and has no plans to retire just yet. 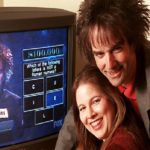 Greed has been around since humanity invented money, but the same can’t be said for the FOX networks short-lived answer to Who wants to be a Millionaire? The show aired from November 1999 until July 2000 and was a washout in the ratings. The complex format of the show, accompanied by a set of rules that occasionally seemed to contradict themselves soon left viewers bemused and confused, and the program was cancelled after just one season, but not before it awarded the highest cash prize ever won on a game show. With a potential top prize of $2 million the show promised much, but only one contestant ever walked away with a significantly large prize. Curtis Warren won $1,000,000 on the show in February 2000, and by doing so, became the biggest game show winner in history at the time, a record he held for exactly one week. 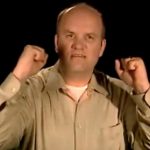 Twenty One was originally aired by NBC and ran from 1956 to 1958. Hosted by Jack Barry, the show was notorious for being rigged, and that controversy caused the entire genre a great deal of negative publicity, not helped by senate investigations into the scandal. NBC brought the show back in 2000 and hoped that it would be more successful the second time around, but unfortunately it was not to be. The revamped show, hosted by Maury Povich was not a great success, in part due to an unfavorable time-slot. NBC declined to renew the show for a second series, but not before one contestant, David Legler amassed winnings of $1,765,000 during an unbeaten run that lasted for six episodes. David won the final episode just one week after Curtis Warren’s record-breaking win and took the title of biggest game-show winner for himself. 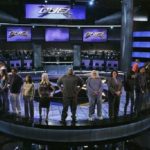 Surprisingly, and for no easily discernible reason, there is only one women in the top ten game show winners of all time. Ashlee Register was a nurse from Florida who appeared on Duel, which was billed as a cross between Millionaire and The World Series of Poker, and made it to the final in a head-to-head with a used car salesman. In her nail-biting final question, Ashlee managed to correctly identify the heaviest item amongst a gallon of water, a gallon of crude oil and a gallon of vegetable oil as being a gallon of water, and by doing so she picked up the season one jackpot of $1,720,000, which combined with her previous winnings of $75,000 left her just shy of a cool $1.8 million. 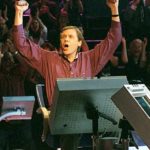 Ed Toutant from Texas appeared on Jeopardy in 1989 and won a modest $11,000. It didn’t change the IBM engineers life but it began his interest in game shows. Ed was lucky enough to be selected to appear on Millionaire in early 2001, but failed to correctly answer the question ‘Scientists in England recently genetically altered which vegetable so it glows when it needs water?’ Ed chose answer B, tomato and was disappointed when the answer turned out to be potato. When he got home Ed did some research and discovered the glowing potato was an invention of the Scottish, not the English. He was later contacted by an English professor who had published a paper on luminous tomato plants, and decided to contact Millionaire’s producers to inform them of the inaccuracy of the question he had failed to answer correctly on the show. In September 2001 he was invited back to the studio and his second appearance was far more memorable. Ed won the $1 million top prize, which at the time was being increased by a bonus of $10,000 every time a contestant failed to hit the jackpot, as a result Ed walked home with an incredible $1,860,000 from his appearance as a reward for his excellent knowledge of trivia, and his persistence in gaining a second chance on the show. 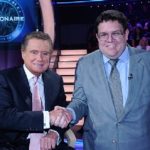 Ed Toutant’s huge winnings from Millionaire had already been surpassed when he won the top prize in September 2001, in April of that year another contestant had benefited from the $10,000 bonus added to the prize fund for each unsuccessful contestant with an even bigger win. Dr Kevin Olmstead was an environmental engineer from Ann Arbor, Michigan with a keen brain and a love of trivia, and after five months without a winner on the show the top prize was a staggering $2,180,000. Kevin appeared on the show over two successive episodes and although he stumbled on a question about conifer trees and was left without lifelines for the final five questions, he eventually triumphed and won the huge multi-million jackpot, making him the biggest game show winner in history, a title he held for the next three years. 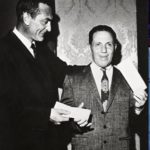 In the 1950’s game shows had a dubious reputation. Many winners of the era were given answers to questions ahead of time as the sponsors of the shows wanted attractive and interesting contestants. Producers claimed to be powerless to stop the practice and winners were often viewed with a suspicious eye. Teddy Nadler was the biggest winner in game show history for over twenty years, winning $264,000 in 1957, a huge sum that is equivalent to $2,300,000 today when adjusted for inflation. Teddy’s childhood was troubled and he spent several years at a Jewish homeless shelter where he escaped the harsh realities of his existence by reading as much as possible. Teddy also possessed an exceptional memory, he was able to memorize books, word-for-word and astounded his school teacher by being able to recite Ivanhoe entirely from memory after just one day of reading it. When questioned, under oath, about the legitimacy of his success on the show, producers confirmed that Teddy had an encyclopedic knowledge and incredible memory. Teddy’s reputation was untouched by the scandal surrounding the show and he lived peacefully at home in St Louis until his death in 1984. 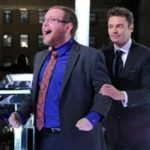 The Million Second Quiz was a one-off show that aired for ten episodes from September 9th to September 19th 2013, or one million seconds (11 days, 13 hours, 46 minutes and 40 seconds). The show was intended to be the ‘Olympics of Quiz shows’ but failed to appeal to most viewers due to its lack of dramatic moments and confusing format. Viewers switched off in droves during the run of the show but picked up again for the grand finale, in which 25-year-old Columbia law school graduate Andrew Kravis, from Farmington Hills, Michigan won an incredible $2,600,000 in total, after spending 250 hours on the show. Andrew planned to pay off his student loans and take a trip to Europe after his win, which remains the biggest single day win in game show history. 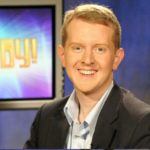 Who wants to be a millionaire has revitalized the game show genre in recent times, but there is one game show that has aired since March 1964 and has become a part of American culture as well as gaining a Worldwide following. I can only be talking about the award-winning Jeopardy, the show that has produced both of the two biggest winners in game show history. From June 2 until November 30th 2004, Ken Jennings achieved the longest winning streak ever on the show, eventually amassing a prize fund in excess of $2.5 million over 74 winning games. Ken followed that with appearances in the 2005 Ultimate Tournament of Champions, the IBM Challenge and the Battle of the Decades. He placed second in all three tournaments and won another $900,000 to bring his total Jeopardy earnings up to an amazing $3,422,700. Ken has appeared on the Late Show with David Letterman, Nightline and Sesame Street. He lives in Seattle, Washington with his wife Mindy and two children. 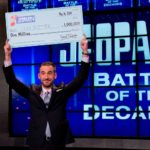 The king of the game show winners is another Jeopardy contestant, Brad Rutter from Lancaster, Pennsylvania. After dropping out of a liberal arts degree at John Hopkins University Brad began working in a local music store. On a whim he applied for Jeopardy, mainly due to his interest in quiz teams at high school and he began the process that would lead him to become the biggest game show winner of all time. His first appearance on the show was in October 2000 and he became an undefeated champion that year, a feat he was to repeat a further four times. He took the record of most successful game show contestant from Ken Jennings when he won the Battle of the Decades tournament in 2014, picking up a $1 million cheque to secure his place at the top, with total winnings from the show in excess of $4.4 million.