Top 10 Houses That Were Built Only In Spite Of Others 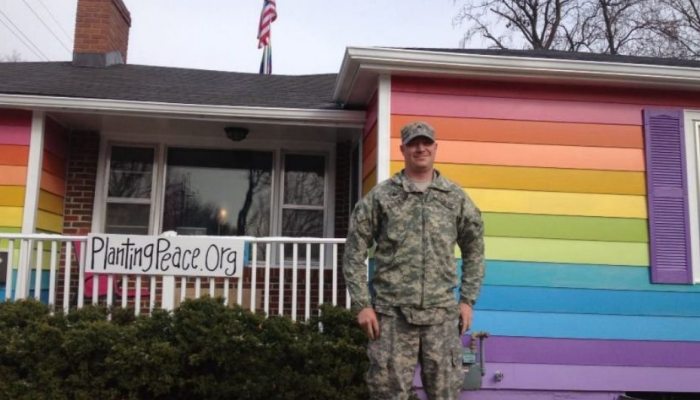 Having a disagreement with your neighbors is perfectly normal. Every now and then, they decide to mow the lawn on Saturday at 6 AM, or blast their music until early hours on a Monday. Usually, you either suck it up or confront it by talking to them. But some disputes throughout the history couldn’t be solved by discussions or even legal action.

Some people decided to build entire buildings just to spite their neighbors or government officials. Was it worth it? We don’t know, but feel free to judge for yourself after reading today’s article. Without further delay, let’s check 10 buildings built in spite of other people. 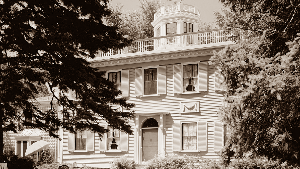 After his father died in 1806, Thomas McCobb returned home to claim his rights, only to discover that his stepbrother Mark inherited the family mansion. Like any enraged person, Mr. McCobb decided to build a huge house directly across the mansion, only to spite his stepbrother and overshadow the family mansion. The house was bought by Donald Dodge a century later, and he moved it to Rockport using a ocean-going barge. The whole process was documented and pictured by Historic American Buildings Survey because the building was well-known by then. 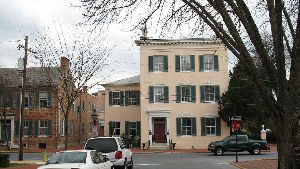 Only 8 years later after the McCobb cousins incident, Dr. John Tyler had a similar situation in Frederick, Maryland. But instead of fighting his cousin, Dr. Tyler decided to go head to head against the city itself. In 1814, the city of Frederick, Maryland wanted to connect two roads using Tyler’s land, which he didn’t approve. While researching what he could do, the doctor stumbled upon a local low that prevented road building in case there was a building site on the land that is supposed to be used for the road. Overnight, Dr. Tyler had people pour a building foundation that prevented any further attempts to create the road on his property. 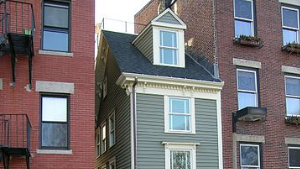 It’s nothing unusual for siblings to get into a dispute regarding inheritance, and two brothers in Boston were no different. After their father passed away, one of the brothers built a house that covered almost the entire property that their father owned. When the second brother returned from his army service and saw what happened, he used the small space that was left to build a small wooden house in order to block his brother’s view and sunlight. The house is still standing at 44. Hull St. in Boston, and is occupied until this day. 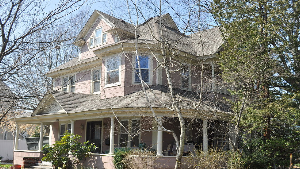 During the 19th century, the city of Freeport was being laid out, and the designers decided to make it into a grid formation. One man was against the idea, so in order to prevent them from laying out the down in a grid shape, he built a Victorian-style house on a triangular land piece at the corner of two streets. And just like that, he prevented the designers from making a perfect grid formation and managed to achieve his goal. The house can still be seen in Freeport and is also occupied. 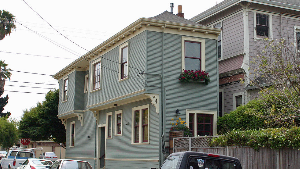 In Alameda, California, a man named Charles Froling was making plans to build his dream house. However, the idea was prevented by the city who decided to take the majority of his land so a street could be built. After all the paper work, he was left with a 54 feet long, 20 feet high and 10 feet deep property, and he decided to use every inch of that to build a house on. Mr. Froling did it in spite of the city that did him injustice. Like previous spite homes, the silly house in Alameda is occupied today. 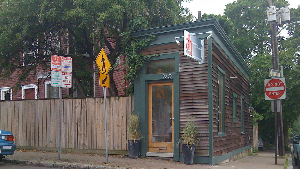 In 1908, Francis O’Reilly decided to sell his land parcel located in West Cambridge, Massachusetts. After his neighbor refused to buy the land, O’Reilly decided to have his revenge. He built a 308 square foot building (37 feet long and 8 feet wide), only to spite his neighbor and make him regret the decision of not buying the plot. As of 2009, the house is occupied by an interior decorating firm. 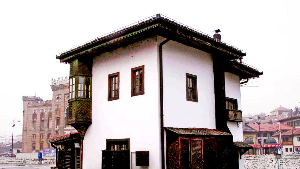 Probably the only spite building in the world that would one day become a restaurant is the “Inat kuća” (Spite house) in Sarajevo, Bosnia. During Austro-Hungarian rule of Sarajevo, it was decided to build a city hall and a library in the Old Town district of the city. However, the land that they targeted was occupied and had a home built on it. Despite offering money to the owner, he refused to sell the land or move from it. Only after he was threatened by the government officials, he decided to move his house, piece by piece, across the river, to spite the city. That house today operates as a unique restaurant that is an attraction in Sarajevo. 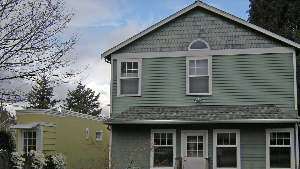 In 1925 in Montlake, Washington, a man wanted to purchase a small strip of land next to his. According to the owner, he made an insultingly low offer, so to spite him, the owner built an unusual house on his property. The house is just 55 inches wide at its thinnest end. Despite that, the house is still standing and is occupied even today.

2) House in Spite of WBC 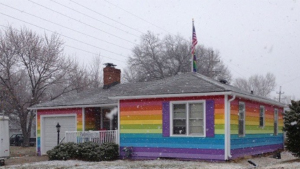 Probably the best known spite house is the one that stands across the Westboro Baptist Church. Aaron Jackson, who is a LGBT rights supporter and advocate, as well as the founder of Planting Peace, noticed that there was a home being sold right across the WBC. In case you’re not familiar with the organization, WBC is known for their anti-LGBT protests and worldviews. Jackson bought the house right away and painted it in rainbow colors, as a sign of LGBT support. The house is now a tourist attraction. 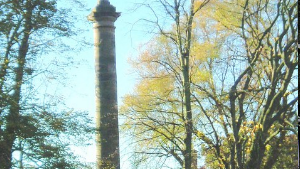 Joseph Edleston died in 1904 in Gainford, England where he served to the local church for 41 years. After his death, his family asked for a permission to make a monument in the churchyard for Mr. Edleston, and the church promptly denied it. They offered the family to give some of their land to the church, and if they did, only then they could build a monument. In spite of that, the family decided to build a huge column that was taller than the churchyard trees, as well as a house close to it. The house is still occupied.

Did your neighbor build a house in spite to you? Are you planning on building one? Let us know in the comments below!