Top 10 Largest Navies In The World 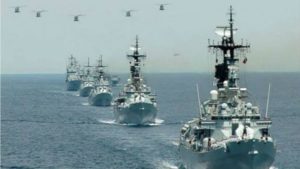 Among the most crucial defense assets for any country lies within their navy. As a result, many nations field very large ships, with payloads that can adequately defend their country, or aid others in need. Here, we take a look at the ten largest navies in the world. For the purposes of this list, each navy is rated solely on the crude size of their vessel counts, and in no way is judged by the operational capabilities of any nation. 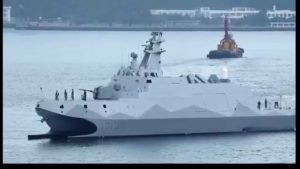 Starting off our list of largest naval powers is Taiwan. Confusingly formally known as the Republic of China’s Navy, this wing of the military remained loyal to the Republic of China instead of defecting to the People’s Liberation Movement in the 1940s. Ironically, those who defected from this unit to the PLM’s naval brigades are the ancestors to the Republic of China Navy’s largest threat and primary focus. Maritime operations of this navy include primarily patrolling the Taiwan Strait to prevent aggression from the People’s Liberation Navy. To achieve these goals, the Taiwanese Navy has 4 Destroyers, 2 Submarines, and 22 Frigates alongside multiple patrol vessels frequently deployed. 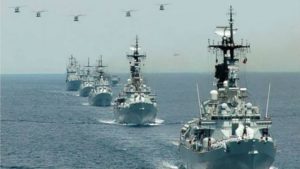 After effectively being shut down after World War Two, the Marina Militare is now one of the largest naval powers on the planet. A member of the NATO since 1951, the Italian Navy has greatly revamped their arsenal to include a total of 58 ships, including 6 Submarines and a pair of aircraft carriers. Currently, both the Italian Navy and Coast Guard have spent a significant portion of their time and resources in aiding the safe recovery of Syrian refugees from shores far south of the country. 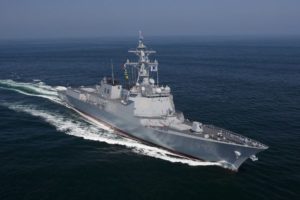 The oldest branch of the South Korean military, the Republic of Korea Navy is in many ways the first line of deterrence and defense for this country. Having made themselves tactical partners with the United States Navy since 1951, much of the Korean Navy’s training and supplies are supported by the U.S. Navy’s Seventh Fleet. With a fleet that includes 25 Corvettes and 13 Assault Submarines, the primary function is to deter aggression from North Korea, though sailors have often participated in rescue operations, training exercises alongside the international community for search and rescue, and is one of the larger forces participating in the anti-piracy operations off the coast of Somalia. 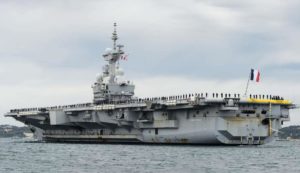 Having originated in 1624, the French Navy is among the oldest naval power with seaworthy vessels continually. Historically a military branch full of innovation, including the first Seaplane Carrier in the First World War, France has continued to revise their forces over the centuries to maintain itself as one of the foremost powers in the open ocean. Currently holding 68 vessels to their name, the French Navy contains a fairly even mix of Patrol Boats and Frigates, with 10 Submarines also present among the force.

6. The Royal Navy of the United Kingdom 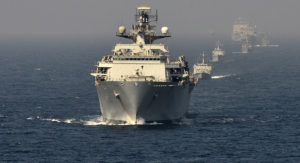 A rival for the oldest navy on this list, the forces of the United Kingdom have been setting sail since 1660. It is also the only one on this group to still have a Ship-Of-The-Line stated as being in commission. The HMS Victory sporting 104 cannons and first launched in 1765, though still technically registered under the navy as ready to sail in defense of the crown, is most likely permanently dry docked for historical purposes. Its 82 younger counterparts however, including 11 Submarines and 13 Frigates, are mostly state of the art. These ships have been used globally, from the Suez Canal to patrolling around the Falkland Islands, and in multiple NATO deployments. As a result, the sun never truly sets on the Royal Navy. 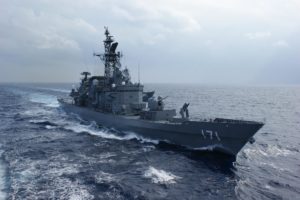 A bit of a surprise of an entry, the Japanese Maritime Force makes it to the middle spot in the largest navy countdown. After having any standing military forces disassembled after World War Two, Japan was allowed to have forces for use in self-defense. Among these is the 109 ship strong JMF, which while mostly maintaining the defense of Japan and nearby waters, has seen some foreign action as well. Primarily, the JMF has been deployed as auxiliary support in naval exercises alongside allies, or as direct protection of merchants near the Somali coast. As a result of the latter, Japan has been considering the formation of a permanent naval base in the nearby country of Djibouti as a means of deterring kidnappings and thefts. Already one of the largest naval forces on the planet, India’s navy has plans to only expand. Somewhat unique on this list, the Indian Navy’s vessels are a mixture of foreign and domestic manufacturing, including a Russian Aircraft Carrier, multiple German Submarines, American Heavy Transports, and Israeli Patrol Boats. That being said, this is likely to change in the coming decades as India has put significant funding into the research and manufacturing of new vessels, particularly those with stealth capabilities. With over 120 active ships, the Indian Navy is involved with many peacekeeping operations around the world, and is also one of the very few military branches in the world to have both voyaged to the North Pole (with the blessing and help of Greenland) as well as had an expedition to Mount Everest. 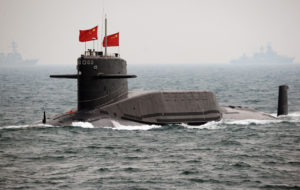 With a force nearly double that of the Indian Navy, the People’s Liberation Navy is huge by any standard. This is doubly impressive, as this navy has only within the last three years began to transition from a “green-water” navy (which carries operations primarily near domestic harbors and those ocean waters immediately surrounding it) to a “blue-water” (operational at a global level) one. Among the vessels are over 50 Assault Submarines and 51 frigates, making their underwater fleet second in the world in terms of size. 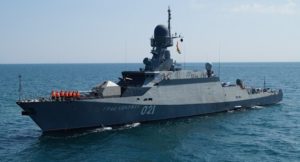 The runner up for the largest navy in the world goes to the long time superpower, Russia. Nearly half the fleet has been rearmed or improved upon, as a result of major investment since 2014, as well as an implied need due to the Ukrainian Conflict. While most of the naval forces of Russia are focused in the Baltic, performing support operations for the Syrian government, or engaging in anti-piracy in Somali waters, ships bearing the flag of the Russian Federation have been seen in support roles for the Venezuelan military. Likewise there have been multiple reports of Russian submarines skirting the Gulf of Mexico and the Eastern Seaboard of the United States. 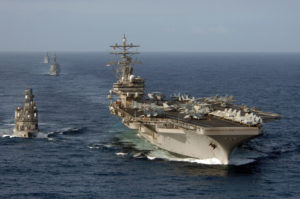 Topping the list for largest navies in the world, the United States has over 300 ships available for deployment at any point in time. With 60 Destroyers, 100 Patrol Vessels, and 53 Submarines, this navy has seen deployment around the globe, for both combat and humanitarian aid missions. Divided into 6 distinct fleets, the USN often works alongside NATO member forces and advises allied militaries when not in active combat operations, including the aforementioned Korean Navy. With a personnel count of nearly 500,000, this navy is also among the most well-staffed.