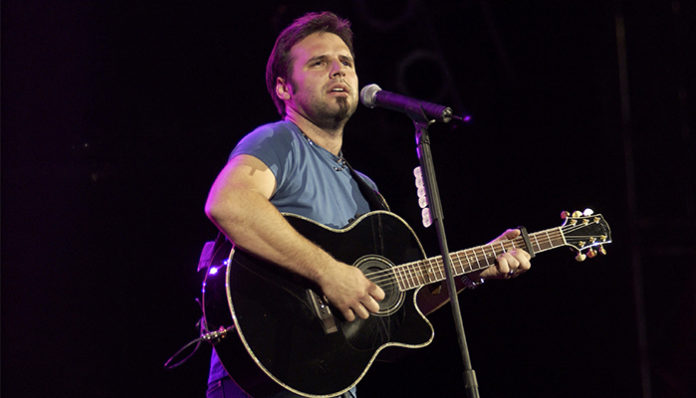 Mark Wills is an American country singer who rose to fame with the release of his second album, Wish You Were Here. Although music of the country genre wasn’t exactly his first choice of tunes growing up, he had always been into performing as he’d played in several garage bands as a teen. It wasn’t until his early adulthood that Wills began to develop an interest in country music. Finding himself gravitating towards a career in that direction, he soon took part in multiple talent shows and worked various gigs as a singer in a number of different venues around the city. However it wasn’t until he moved to the music centralーNashville, that his talents were eventually discovered by a couple of music producers. Seeing potential in the young man, they helped to kick start his career by offering Wills a recording deal with Mercury Records Nashville.

Since the release of his eponymous debut album, Mark Wills in the summer of 1996, the country singer has produced many recordsーseven studio albums and twenty four singles to be exact; he has also released fifteen different music videos over the years. Out of his works, the most commercially successful remains to be his second full-length album Wish You Were Heres; the Platinum certified album has since sold over one million copies in the US. The album eventually garnered the artist an Academy of Country Music Award for the category of “Top New Male Vocalist” later that year in 1998. The following year, the singer was nominated for two Country Music Association Awards for his single, Don’t Laugh at Me. More recently in September 2011, Wills was also presented with a Patriot Award during a performance at a cafe held in Nashville.

While he is mostly known amongst fans for his work as a country singer, Wills also dedicates much time and effort supporting the troops of his country. Throughout his career, he has visited and performed for those stationed in Afghanistan and Iraq six times, even if it meant taking time away from his own family. Most recently, he sang and performed for those in the Armed Forces during the holidays of 2015. However that’s not allーhe is also heavily involved as a board member in an organization known as the Taser Foundation, which helps to raise both awareness and funds for those who have loss family members in the line of duty.

Judging from his albums, he hasn’t recorded any new material since 2011…what has the country artist been up to since then? What happened to Mark Wills? Where is he now in 2018? 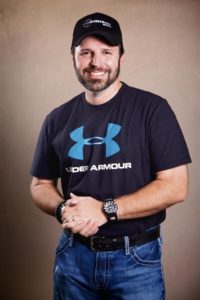 Born on August 8, 1973, in Cleveland, Tennessee, Mark Wills is the son of Shirley and Jerry Williams; he has two siblings, a sister named Amy and a brother named Teo. As a young boy, Wills spent most of his childhood in a small town community in the state of Georgiaーwhere he’d moved to with his family shortly after his birth. Although his parents were strict, they also placed high importance on enjoying the simple pleasures of life, such as music. Even when he was still in grade school, Wills loved to sing; in fact, he announced his dream of wanting to become a singer when he was four years old. Encouraged by his mother, Wills continued to sing throughout the years, never setting his eyes away from his future goal of one day becoming a performer.

During his teenage years, Wills took an interest to rock music after being introduced to the genre by a friend. He soon took part in several garage bands in the neighbourhoodーafter having drawn inspiration from the American rock band, Bon Jovi. It wasn’t until his early adulthood that Wills started to sway away  from rock and gravitate towards country music. When he was seventeen, he participated in a local talent competition held in the city of Marietta; after bringing home the winner’s trophy, he began to perform his music at several clubs and stores locally. Not long after that, Wills worked briefly as a demo singer in Atlanta before moving to Nashville, Tennessee, where he continued with his budding music career. It was there in Nashville that his singing eventually attracted the attention of music producers Keith Stegall and Carson Chamberlain, whom later offered Wills a recording contract with Mercury Records Nashville. 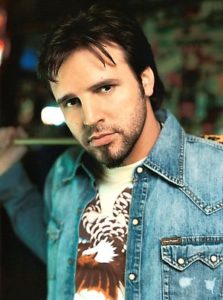 In June of 1996, Wills released his self titled debut album, Mark Willsーhis first record with the Mercury Nashville label. Generally well received upon its release that summer, the album was produced in collaboration with Chamberlain and Stegall and featured a twelve track disc. Praised for its bittersweet ballads, the track list of Mark Wills included the songs What’s Not to Love, Any Fool Can Say Goodbye and Sudden Stop, to name a few. Three eventual hits were produced from the albumーJacob’s Ladder, Places I’ve Never Been and High Low and In Between, which peaked at number six, number five and number thirty-three respectively on the Hot Country Song Charts. A strong debut album for the artist, it peaked at number thirty-eight on the US Country Albums Chart and netted a “B+” grade form Entertainment Weekly.

Two years after his initial effort, Wills released his best-performing album to dateーWish You Were Here in May 1998. Highly regarded as being responsible for the launching of Wills career, it topped the US Billboard Heatseekers chart and settled in nicely at number eight on the US Country Albums Chart; the album also climbed up to number seventy-four on the Billboard 200. A huge hit for Wills, who had still been trying to make a name for himself in the industry, Wish You Were Here was once again commended for its ballads, such as Don’t Think I Won’t, Love is Alive and The Last Memory. Soon after its release, it also spawned four hit singlesーDon’t Laugh at Me, I Do (Cherish You), She’s in Love and Wish You Were Here, all of which eventually found its way amongst the top ten. Close to a year after its release, Wish You Were Here was certified Platinum by the RIAA for exceeding over one million sales in the US. 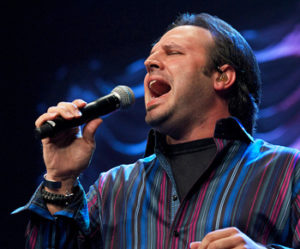 With the critical acclaim of his second album, Wills released his third entitled Permanently in January 2000. Produced by long-time collaborator and friend Carson Chamberlain, it consisted of thirteen tracks, including The Perfect Conversation, Time Machine and Forget About Love. Peaking at number three on the US Country Albums Chart, Permanently also eventually climbed up to number twenty three on the Billboard 200ーmaking it the artist’s best-performing album on the two charts. Receiving nothing but favourable reviews, it later saw the release of three singlesーI Want to know (Everything There Is To Know About You), Almost Doesn’t Count and Back at One, the second and third of which went on to rank in the top twenty. Released at the peak of his career, Permanently soon received Gold accreditation from the RIAA for selling over 500,000 copies in February 2000.

In August 2001, Wills released his fourth studio album, Loving Every Minute. In contrast to his previous works, it stood out with its incorporation of pop soundーwhich isn’t normally typical for the country artist. Rated three out of five stars by critics at Allmusic, the album was composed of twelve songs, the last of which was a duet with Australian singer, Jamie O’Neal. Although Loving Every Minute didn’t chart at number one upon its release, it was still quite successful, having peaked at number ten on the Country Albums Chart; it also later reached number ninety-three on the Billboard 200 Chart. Two eventual singles were produced from the albumーI’m Not Gonna Do Anything Without You and the title track, Loving Every Minute, which ranked in at number eighteen and number thirty-one respectively.

A couple of years after the lukewarm success of Loving Every Minute, the country music artist released And the Crowd Goes Wild in October 2003. His last record under Mercury Nashville, the album climbed up to the fifth spot on the Billboard US Country Albums Charts and to the sixty-eighth spot on the Billboard 200. Met with a favourable reception, its disc consisted of eleven country tracks including Prisoner of the Highway, which was a duet with fellow American country singer, Ronnie Milsap. Another three star album, Loving Every Minute later saw the release of two hit singles, And the Crowd Goes Wild and That’s a Woman. The album was also Wills’ last record to chart on the American charts until the 2010’s.

The next full-length album released by Wills was entitled Familiar Stranger; it was also his first and last with Tenacity Records. From there, the singer took a short three year break from recording until he returned with Looking for America in the summer of 2011. Produced via Gracie Productions, it eventually peaked at number fifty-five on the US Top Country Albums Chart. 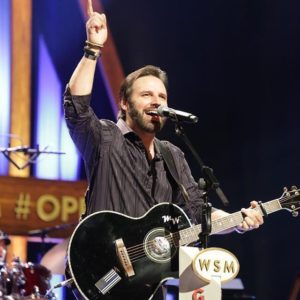 If you think that Wills has retired from country music, think again! Quite the opposite, the singer has been holding a number of concerts throughout the US this year. Just this past September, he headlined the End of Summer Country Concert which took place at the Kissimme amusement park and shopping mall called, Old Town. According to his official website, Wills also has two upcoming shows coming upーone at the Boys & Girls Club of Mason Valley in Yerington, Nevada and another at the Paragon Casino Resort in Marksville, Los Angeles. If you’re a long time fan of the star who’d like to see Wills up close on the stage, tickets are still available! Please check his official website for more details.

This month, the phenomenal country singer also took part in the Country Music Association’s “Forever Country” seriesーa video project created in celebration of the CMA’s 50th anniversary. In it, Wills can be seen performing a rendition of Kenny Roger’s, The Gambler alongside his guitar accompaniments. Country songwriting at its finest, the artist’s performance of the piece (especially the chorus) will be sure to send chills up your spineーthere’s no doubt that Wills was able to capture Roger’s original version perfectly with his vocals. Since the original cover was uploaded onto his official Youtube channel on September 26, 2016, it has been viewed over 9000 times online!

If you’d like to stay up-to-date with the country music artist, it may be a good idea to give him a follow on social mediaーdid you know that you can find him on Twitter and Instagram under the same username of @markwillsmusic? Or if you’d prefer, you can also visit Mark Wills’ official Facebook page or website (markwills.com) for more of the singer’s most updated news!