Top 10 Hoaxes That You Probably Believed 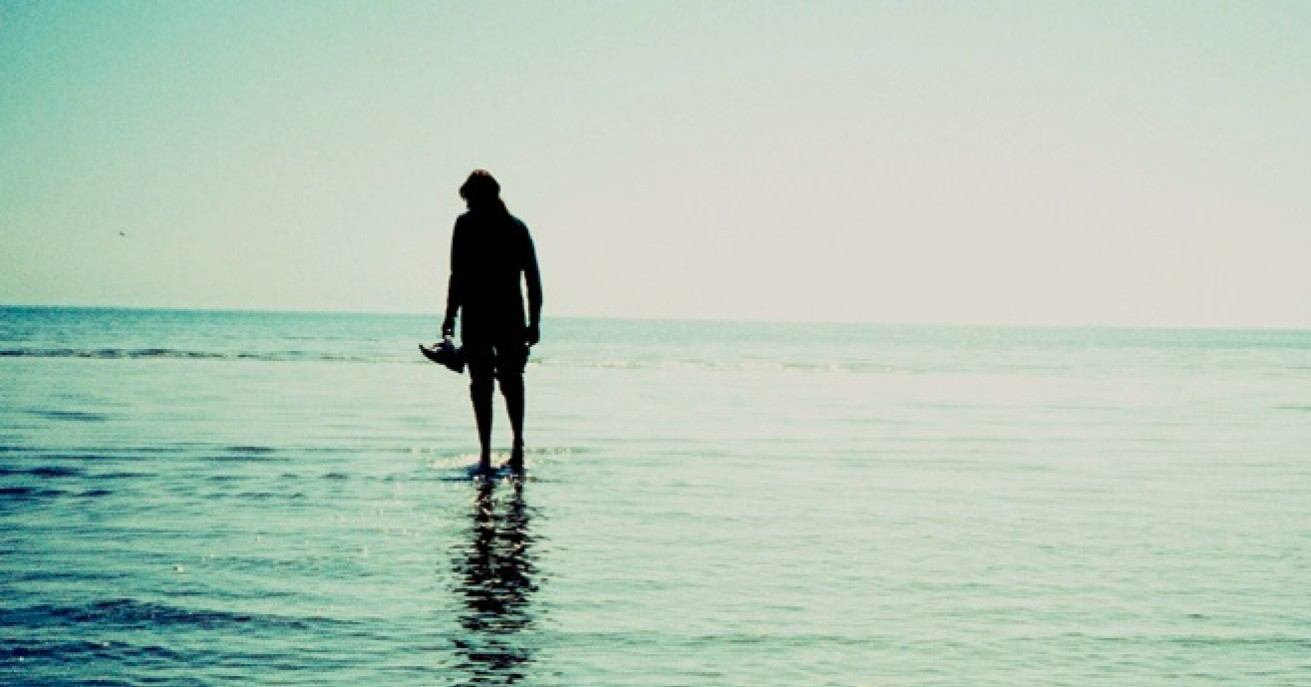 Whether you are aware of it or not, the Internet and the media are full of falsely-spread information, better known as hoaxes. And it’s very likely that you’ve believed some of them, at least once. Nothing to be ashamed of, you don’t always have the time to double check. That being said, here are some of the most wide-spread hoaxes that ever happened and took over the world. Without further ado, here top 10 hoaxes that you may have believed. 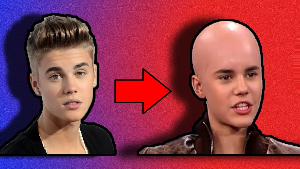 Back in 2012, a fake image appeared, showing a tweet from Entertainment Weekly that stated that Justin Bieber has cancer. The image went viral and others joined in on the prank. Soon after, the hashtag #BaldForBieber became trending, and the rest is history. The whole thing was popular for a few days, with many fans allegedly shaving their heads in support of Justin Bieber’s disease. However the rumor didn’t last too long because the facts were double checked and reported as fake. Still, it managed to fool thousands of people during its short lifespan. 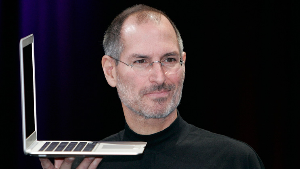 Celebrity death pranks are nothing new, but one of them was repeated too many times not to be mentioned here. Before his actual death, it was reported that Apple founder passed away at least five times over the years. The most recent news spread in 2011, shortly before the iPhone 4S was released. Some believe that he hoax was actually started by Apple in order to increase sales, others say that haters keep spreading the fake news. Whatever the case, Steve Jobs died on social media many times before his actual death in October 2011. 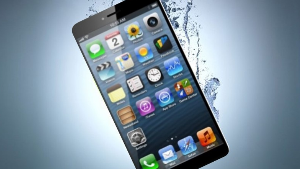 The newest iPhone actually is waterproof/resistant, but years ago a rumor spread that the iOS 7 update will make iPhones waterproof. Like many viral hoaxes, this one started at 4chan and spread like wildfire. Obviously, not all phone users know enough about them to understand that a software update can’t do hardware modifications, so there we several victims who ruined their phones thanks to this hoax. To make the hoax believable, a rumor was spread that Apple will also offer a warranty for water damages. I can only imagine the look of Apple employees when someone came to replace their water damaged phone. 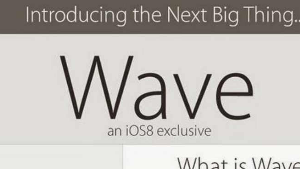 Similar to the previous entry, this hoax has to do with iPhones. Apple seems to be a very popular target for fake news spreading. Anyways, this hoax was even crazier than the previous one. According to an infographic that went viral in 2014, iOS8 brought a new feature to iPhones – charging using a microwave. The infographic had some gibberish about how the whole thing works and looked real enough to fool some people. Shortly after it going viral, people started tweeting out pictures of their burning phones, as a warning to others. Let’s make it clear, once and for all – don’t put your electronic devices into microwaves. 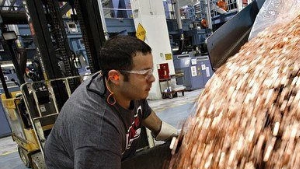 In 2012, after some back and forth in the court, Samsung had to pay Apple $1.05 billion in damages for copying some of their patented features. As you can imagine, the story was quite popular during the time, because of millions of users arguing about the court decision. Several days later, a news report quickly swept the internet. It stated that Samsung indeed did pay Apple for the damages, but they did so using 30 trucks full of five-cent coins. The hoax was interesting enough to quickly go viral and spread all over social media. While the story sounds kind of believable, after adding some math into the whole thing, it’s obvious that it’s fake. For example, Samsung would need 20 billion five-cent coins, which is roughly the total amount of them that exists. Oh and also, the weight of those would be around 110,000 tons – far more than 30 trucks can carry. 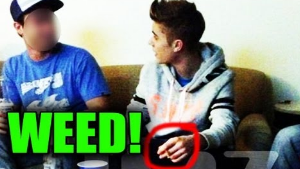 Justin Bieber makes the list again, this time with something way more harmful when compared to the previous entry. In 2013, a news blog published several images of Justin Bieber at a party, allegedly smoking marijuana. The photos were all over the internet just a few hours after the initial report. A few days after that, 4chan users decided to do another Bieber hoax. They’ve started publishing fake images of people who cut themselves and added hashtags such as #Cut4Bieber and #CuttingForBieber. The whole idea was to make everyone believe that there are people self-harming themselves, as a way to stop Bieber from doing drugs. Oh, and of course getting some people to actually do it. Very mean, but a hoax nonetheless. 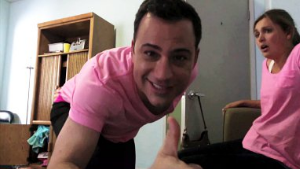 In 2013, a twerking fail video went viral, gaining millions of views on YouTube, Facebook and other social media. It showed a girl twerking, then failing over a table with candles on it, setting herself on fire and..the video stopped. Later on, Jimmy Kimmel showed the uncut footage that made it clear that it was a prank done by…Jimmy Kimmel! Right after the video is cut, Jimmy  enters and takes out the fire, revealing to millions that he fooled them. Below is a video showing the whole thing! 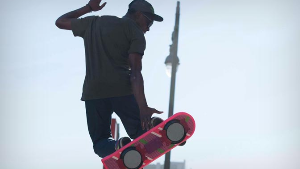 While a product named “hoverboard” exists today, it’s not really a HOVER board… When you think of a proper hoverboard, you imagine the one from Back To The Future. You know, the skateboard without the wheels. And that’s exactly what a company called HUVr Tech created in 2014. Well, not really, it was a hoax, but everyone and their mothers bought it. A fake video was produced showing a real life hoverboard being used by famous people such as Tony Hawk. But it only took the public a few days until several video flaws were found. More proof emerged later, and the whole thing was dismissed as a hoax. But before that happened, everyone was throwing money at their computers in order to get one. 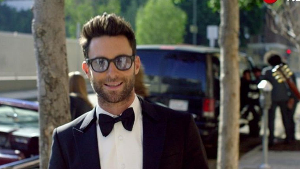 In 2014, Maroon 5 released a video for their song “Sugar”. And it was the sweetest one you can imagine. Guys from the band were crashing weddings and started playing, to everyone’s surprise. Or so they wanted you to think. As it turns out, the entire setup was one big hoax, done only to attract more attention onto the popular group. However, by the time that it was revealed to be a hoax, it did its thing. The video currently has close to 1.5 billion views on YouTube. Job well done, Maroon 5 marketing team. 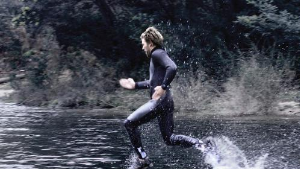 In 2010, a group of Portugese guys made a video claiming (and showing) that they discovered how to run on water. They made it look really believable with a high production value – they’ve had swimming suits on, had a whole theory on how it works, and finally, actually showed it. So far, the video has around 15 million hits just on YouTube, not to mention all the media fuss it caused. Overall, it was quite popular. But the creators themselves admitted that it was as fake as it gets. They actually had a platform just beneath the water level that they would use to run on. Thanks to camera angles and the water splashing around, it made it look like they were actually running on water.

Did you believe any of these? Did we miss any? Do you want to start a viral hoax? Let us know in the comments below!