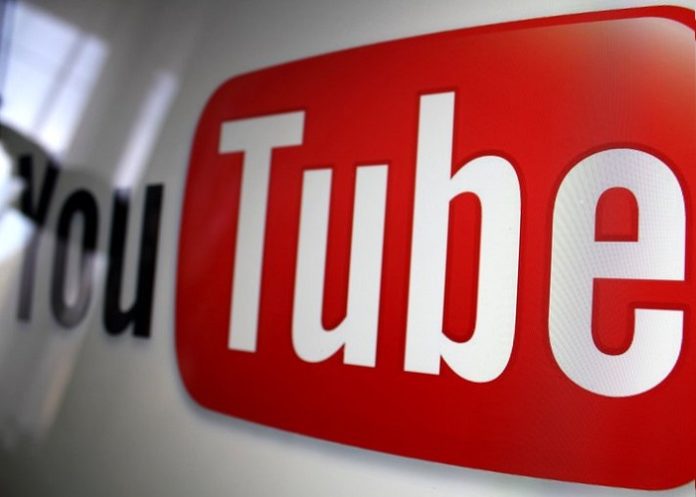 It’s hard to believe sometimes that YouTube has only existed for a little over a decade. The video-sharing service was created by three former PayPal employees in 2005 and little did they know at the time the enormous cultural impact their creation would have on society, or the immense wealth their endeavours would bring them when Google bought YouTube the following year for $1.65 billion. Since then the website has become the number one place for online video content, and it’s hard to imagine a World without it now. But amongst the cat videos, vlogs and entertainment, YouTube has always had a slightly darker side, one that most of us have experienced late at night when we suddenly find ourselves watching a video that makes us seriously question the sanity of the person who made it. But now in 2018, which channels stand out as the strangest YouTube viewing experiences of all time? Read on to find out. 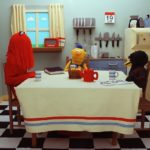 By far the best known and most popular channel on this list is ‘Don’t Hug Me I’m Scared’ (DHMIS) which is operated by British artists Becky Sloan and Joe Pelling. The channel features six episodes of DHMIS telling the story of Yellow Guy, Duck and Red Guy who receive a lesson in every episode from an inanimate object that comes to life. It doesn’t sound too creepy, more like a childrens program, and that’s exactly what it appears like to the casual observer, but the series is packed with a wealth of disturbing symbolism and a sinister subtext. Many other YouTubers have attempted to analyse the underlying messages in the series, yet the amount of mysterious hidden messages and conflicting themes generally leave no two people agreeing what that message might be. Theories about DHMIS range from mind-control and child-abuse to the in-doctrinal nature of modern education. The original episode of DHMIS has now been viewed over 40 million times and Becky and Joe announced in September 2016 that a seventh episode in the series was in the making. 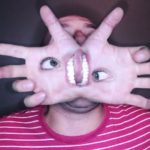 Cyriak Harris is an English animator known for his particularly disturbing and surreal animations. Unlike others Cyriak never uses gore, violence or shocks to create a disturbing impression, instead his videos use a blend of fractal animation and orders of magnitude to create truly jaw-dropping surreal effects. His work has been featured on Adult Swim, the BBC and the Cartoon Network, and he has produced advertisements for Coca-cola and the video sharing site Sumo TV. Cyriak has also directed several music videos, including Bloc Party’s ‘Ratchet’. In September 2016 Cyriak began sharing a few of his tricks with his fans by streaming weekly tutorials on Adobe after effects. His most watched video ‘Cows & cows & cows’ has been viewed over 37 million times and he has amassed over 800,000 subscribers since he joined YouTube in March 2006, but ‘Malfunction’, uploaded on August 14th 2014 is probably his most visually astounding work, encompassing not only the orders of magnitude style animation which is his trademark, but also adding a genuinely unsettling feel to the most mundane of vintage film, which was originally nothing more than an advertisement for his hometown. 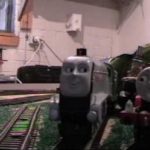 The New Storyteller channel was created in July 2008 and soon came to the attention of those who travelled in the weird part of Youtube. The channel contained videos where an un-seen man would narrate Thomas the Tank engine stories in a strangely muffled voice while showing his toys moving around. Without any background the slightly unsettling videos were keenly followed by fans keen to discern the motive behind them, but when the truth finally came out, the videos were revealed to be as innocent as the subject matter they portrayed. The man behind the channel was an Australian YouTuber named Chris Rush who was a lifelong train fanatic, and he had also suffered a stroke in the past, which explained the slightly muffled voice. Chris continues to upload at least one video a day on average, and to date he has almost 5,600 videos on his channel. 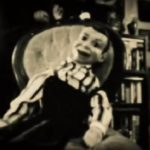 If there’s one thing that watching Stanley Kubricks masterpiece ‘The Shining’ taught me, it was don’t trust anyone called Jack Torrance, and although Jack Nicholson was definitely acting when he played Jack Torrance in the film, nobody is too sure of the story behind his YouTube namesake. Jack Torrance joined the site in December 2011 and began uploading videos from a mysterious source. He claimed to have found ten large boxes containing various items at an Austin, Texas estate sale. Within the boxes were several reels of old 33mm and Betamax film which Jack proceeded to repair, digitize and share on YouTube. The movies contain many disturbing images, such as an apparently lifeless body being dragged across a floor, freaky puppets, and a plethora of deer antlers. Although analysis by film experts has indicated that some of the videos may not have originally come from 33mm or Betamax formats, no-one has yet been able to conclusively prove that Jack Torrance’s tale of found footage is untrue. 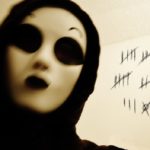 Marble Hornets is a YouTube web series, inspired by the Slenderman legend and created by artist and film-maker Troy Wagner. The first episode was uploaded in June 2009 and the series tells the story of Jay, played by Troy Wagner, who attempts to unravel the mystery of Marble Hornets, a student film project produced by his friend Alex. After watching the rough cut of Marble Hornets Jay begins to be harassed, and occasionally attacked, by an entity known as the operator. Although the story behind Marble Hornets is well known these days, early viewers of the series were unsure if the disturbing events portrayed in the series were real or fictional. A side channel ‘totheark’ appeared to be connected to the story in some way, sometimes showing events from Alex’s perspective and the internet buzzed with rumors about what it could all mean before Wagner finally admitted his involvement and the fictional nature of the series. In 2015 a film adaptation of the story ‘Always Watching : A Marble Hornets Story’ was released. 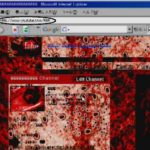 Nana825763 is a Japanese animator who joined YouTube in September 2006. His first video ‘Doll’ featured melodic Japanese pop music combined with some disturbing blood and spider filled animation, but far stranger things were to come. After a few more disturbing videos, usually featuring plenty of blood combined strangely with child-like animations, Nana uploaded ‘username:666’ in February 2008, a well-made and compelling video that purported to show what happened when a YouTube user tried to enter the page of the fictional Youtube user ‘666’. The video quickly descended into an online nightmare and ‘username:666’ became a viral hit in the dark side of Youtube, eventually gaining over 9 million views. Since then Nana has continued to make disturbing animations that often start out looking like an innocent childrens cartoon, before they too take a much darker turn, but he also regularly uploads videos featuring an ant farm and the activities of the ants within it, but there’s nearly always a sudden jump scare or dark subtext hidden within all of Nana’s videos. 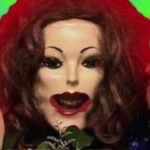 The brains behind the Elastic Spastic Plastic Fantastic YouTube channel, was an artist and former television director called Eric Fournier. The main character in all of his videos was a model named Shaye Saint John who also appeared wearing a mask, as she had supposedly been hideously disfigured in a train accident. The accident had also resulted in Shaye losing her arms and legs and she would often appear with wooden hands on sticks in place of her real ones. The bizarre videos began to be uploaded in 2006 and continued for about two years, during which the mystery surrounding the real person behind the mask continued to grow. Unfortunately the truth behind the Elastic Spastic Plastic Fantastic channel was revealed after Fournier’s untimely death in February 2010, aged just 42. A documentary about him, and his character Shaye Saint John is due to be released in November 2016. 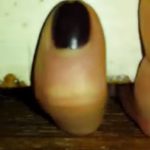 ‘Meatsleep’,also known sometimes as just ‘Meat’, joined YouTube on March 28th 2014 and uploaded a video called ‘fournine’ on the same day. The video featured harsh editing, high-pitched monotones and a series of quick clips, all bizarre in nature. One clip showed what appeared to be a lower leg, it appeared to be a prosthetic but no-one was entirely sure. Other videos followed, often with a theme of cannibalism, stalking or other disturbing elements. The internet ruminated on exactly who was responsible for the channel, with many declaring that the owner was a serial-killer or kidnapper, but the identity of the video-maker was never confirmed. Meatsleep eventually deleted all 91 videos and uploaded one entitled ‘No More’ in January 2016. It displayed a screen of scrolling text explaining that the channel was a collaboration between eleven people living in eight different countries, but now that internet users were beginning to harass people with any sort of connection to the Meatsleep channel, no other videos would be made. Fortunately the entire catalogue of Meatsleep work has been preserved by other YouTube users, most comprehensively by the channel ‘Meatsleep Archives’ 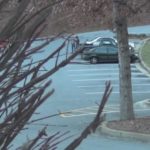 The 01A51CDO YouTube channel was opened on October 20th 2011 and the first video appeared on 11th November that year. The video’s title was ‘Waitingpatiently’, although like all of the videos uploaded to the channel afterwards, the text of the title was upside-down. ‘Waitingpatiently’ featured the moments leading up to the shocking suicide of American politician Budd Dwyer in 1987, although it ended before Dwyer actually shot himself. It was a preview of what was to come, as 01A51CDO uploaded several more strange, disturbing and perplexing videos, all with upside down titles and all with indiscernible meanings. The tenth and final video uploaded to the channel came on Boxing Day 2011 and was entitled ‘Youdidwell’. It showed someone filming two people walking across a parking lot from the hidden vantage point of a distant bush. The menacing hidden viewpoint created a buzz of interest on the internet, and many speculated that 01A51CDO could be a killer or stalker, but that was the last upload from the channel, and all attempts to unravel the mystery since have come to nothing. 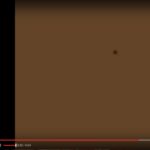 In March 2015 a user named ‘Unfavorable Semicircle’ opened a Youtube account and five days later uploaded their first video, entitled ‘♐230511’. It was a four second video with no audio and containing a static brown image that had only a tiny blurred hole to break the uniformity of the picture. From that point on Unfavorable Semicircle began uploading videos at an amazing rate, until February 2016 a new video appeared on average every ten minutes, but then things got really bizarre. The upload rate went through the roof, with a new video being uploaded on average every 20 seconds. The channel was approaching 200,000 uploads when it was suddenly suspended by YouTube due to violations of YouTube’s policy against ‘spam, misleading content or other terms of service violations. By then a number of internet detectives were on the case, seeking clues in the thousands of uploads, where a man’s voice could often be heard, speaking a single number or letter, with no apparent pattern to the clues. Comparisons were drawn to ‘Webdriver Torso’, a channel with a similar pattern of excessive uploading, but which turned out to be nothing more mysterious than a YouTube developers testing channel, but Unfavorable Semicircle was quite different, and far more disturbing to many viewers. With the channel now removed from YouTube and many of the thousands of videos lost forever, it’s unlikely that the real motive behind the channel will ever be discovered.