Tania Green decided to create her product, PMS Bites, to help herself solve a common problem for women everywhere – how do you eat healthy on your period when all you want to do is stuff your face with sweet and salty snacks? Tania decided to take to the kitchen and solve this problem herself. She created chocolatey snacks that also contain herbs that help with the pain of PMS, as well as the intense cravings and mood swings. Before appearing on the Shark Tank, PMS Bites was able to raise $8,439, almost doubling their goal of $5,000. They met that first goal in as little as 15 hours. Would the Sharks, who are mostly men, see the value in this innovative product? Let’s take a look. 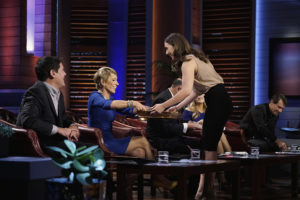 Tania Green walked out onto the stage and into the Shark Tank. She introduced herself with a sigh and asked for $50,000 in exchange for 20% of her company PMS Bites. She looked somber, and in pain. She told the Sharks that she realized that she did not look excited to be there, but she was suffering from the symptoms of PMS. To the laughter of the Sharks, she told them that she was bloated, with a splitting headache and back pain. Tania informed the Sharks that she was not alone – over 90% of women suffered the same fate for 7 -10 days around their time of the month. She asked Kevin O’Leary to imagine that he had the same fate – spending a third of his year crankier than usual. Tania insisted that PMS Bites were the solution to that pervasive problem.

Tania said that her product was gluten-free, all natural, and vegan, and they had a blend of herbs she claimed would help with the symptoms of PMS. The PMS Bites would help women cope with their chocolate cravings, as well as the bloating and irritability. Lori exclaimed that she was ready to try some samples, and Tania began to pass them out. Robert asked her what the most common PMS symptom was, and Tania told him it was irritability. Robert laughed and told Lori that she would need some of those. Each Shark received a cardboard box of 4 Bites. Robert told her that he loved the packaging. Tania told the Sharks that the main ingredients were dates, almond butter, and gluten free oats. Mark and Barbara told her that they tasted very good. Tania thanked them and told them that they were 50 Calories each.

Robert jumped into the money side and inquired how many PMS Bites Tania had sold. Tania said that she’d sold $13,400.07 in sales in the last seven months. The Sharks all laughed, and Mark asked her how she got to seven cents in sales. He was told that every penny counts. Robert asked where she sold them, and Tania said in independent retail stores. Lori wanted to know if she made each one by hand, and Tania said that she made each one in a commercial kitchen.

Robert asked her why PMS Bites were not selling. Tania stammered a bit, and Kevin cut in, calling her the queen of small numbers. Tania insisted that it was not a lack of interest, but rather a lack of funding. She was a one-woman show, and she could only do so much. She made, packaged, sold, and delivered each batch of PMS Bites. Lori asked her why she came up with the product, and Tania told her that she would often get PMS so bad that it was debilitating. Kevin questioned whether these healthy bonbons had medicinal properties. Lori mentioned that there were herbs in each one that some women take to alleviate the symptoms of PMS. Barbara asked Tania how she knew that it offsets the symptoms of PMS. Tania stated that she was just saying that it was a healthy alternative for dealing with cravings. It was better than regular chocolate or chips that women might reach for during that time.

Kevin said that there was a downside to calling it PMS Bites. As a man, he could not resonate with the name even though he liked the ingredients. Barbara informed him that he was not the Target Market for Tania.Kevin said that she was cutting the market in half. Lori asked her if she could name it something that would be appealing to everybody, and just mention on the website that it was also good for PMS. Tania insisted that if she called the business “Tania’s Vegan Cookies,” she would not have made it onto the Shark Tank. Barbara agreed, calling it a marketing ploy.

Tania told the Sharks that she’d gotten reviews from women telling her that they felt better when eating them. These women had a snack that cured their cravings while not causing a spike in their blood sugar levels. Tania asserted that sugar just aggravated the symptoms of PMS, making it the worse choice of snack for a craving. Robert wanted to know about her background. Tania informed him that she’s worked for branding and marketing firms, but was not passionate about selling someone else’s product. PMS Bites was a passion product for Tania, and she used it as well to alleviate her symptoms for her premenstrual syndrome.

Lori brought up a good point – no one had asked what the PMS Bites cost. Tania let the Sharks know that a pack of three PMS Bites wholesales for $4.50. The Sharks seemed shocked by that number, but Tania explained that her margin was 66% because the cost to her was $1.55. Kevin guessed that the retail price per pack was $7. Tania told him that he was correct. Robert wanted to know where exactly these were getting sold and was told that they retailed at “high-end juice bars” at gyms such as Equinox. Robert wanted to know if they were getting sold at Equinox, and Tania told him that they were. She sold them in their Massachusetts territories. Kevin asked if they were selling through their stock, and Tania confirmed that that was the case.

Lori wanted to know if there was a similar item on the market that would be competing with PMS Bites. Tania claimed that her main competition was junk food that women typically crave during that time, but there were no direct competitors that were adding herbs to the truffle balls. Lori said that she had three primary considerations for when she was considering investing in business. She wanted to make sure that the product appealed to a mass audience, could be made affordable, and that it was something the people wanted and needed. Lori went out, saying that Tania lost out on the mass appeal of the product when she went with the name PMS Bites.

Robert stated that he disagreed with Lori. He loved the marketing slogan because it was a niche within the healthy foods niche. It gave Tania an edge. He still went out, claiming that her numbers were too small for him to be able to scale. Tania looked shocked, but she nodded in understanding. Barbara stated that she did not see Tania selling the product herself, but that she needed someone with her to push it out there. Barbara didn’t see Tania as having the energy to make it successful. Tania respectfully disagreed. She stated that she’d been energetically selling and making the product herself for months now. Barbara went out, indicating that she could hear the words, not the music.

Kevin apologized and said that she was the Princess of Small Numbers. He went out, and Tania thanked him. Kevin asked Mark what he was planning on doing. Mark said that he wanted to hear what Tanya’s social media strategy was since social media could make or break a business.Tania said that she made a decision to focus strictly on the retail side. Mark told her that she made a strategic mistake. He called it a viral product and said that it would spread via word of mouth. Mark went out, saying that the $100,000 seemed more like tuition than an investment. Tania thanked them all and walked off stage. She recognized that she had a long road ahead of her, but she was inspired to work that much harder. Let’s see how that paid off.

PMS Bites Now in 2018- The After Shark Tank Update 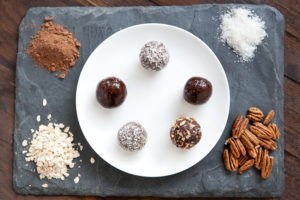 PMS Bites has been quiet on their social media sites since not getting a deal with a Shark on their taping of Shark Tank. You can still purchase the chocolates on their Facebook page, although the price is pretty steep. It is a whopping $9.99 for six bites, although the company does provide you with free shipping. The PMS Bites are also available on their website. According to an interview with Heavy.com, Tania Green says that wants to get PMS Bites out there to Whole Foods, as well as less traditional outlets such as gyms, and yoga studios. She also plans on rolling out innovations on the original PMS Bites – things like Insomnia Bites, and Diet Bites. Hopefully, Tania will succeed despite the lack of a deal on Shark Tank.