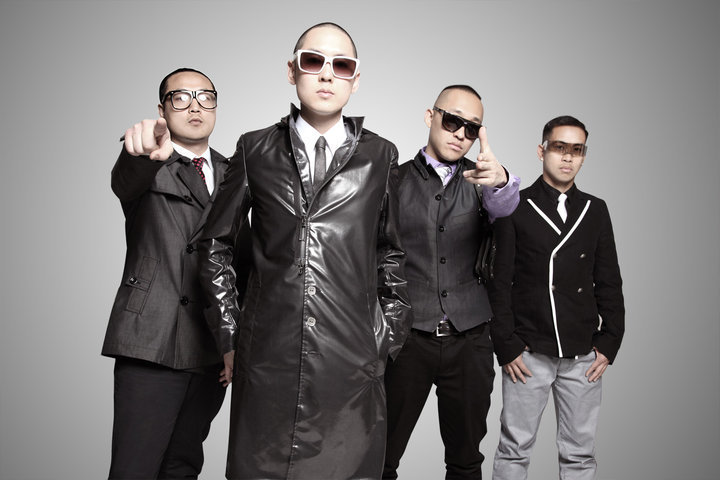 During the early 2010’s, Far East Movement was one of the most popular musical groups in the world. With hits like “Like a G6” and “Rocketeer”, they dominated all of the biggest charts. They came onto the scene fast, and it seems like they left it just as quickly as they came. They’ve been featured on a couple of major tracks since their initial success, but from the perspective of some, it seems like they’ve fizzled out. What happened to Far East Movement after this period of dominance? In this article, I’ll talk about what the musical group did to climb to the top, and then I’ll provide you with a brief update as to what they’re doing today. Without further delay, let’s take a closer look at what Far East Movement has been doing in 2016.

The Formation of Far East Movement 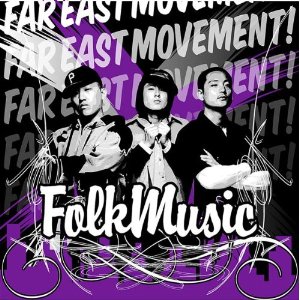 Far East Movement as we know it began with three high school friends. Kevin Nishimura, James Roh, and Jae Choung attended high school together in the Los Angeles area. The three young men were very passionate about music, and during the early 2000’s, they tried to promote the music that they made together online and in local clubs. During this time, they went by “Emcees Anonymous”. In the years to follow, they would rebrand themselves as the more familiar Far East Movement, which was the name of a song that they had produced. The group organized and performed in a variety of different local shows and events, but they hadn’t really attained any level of mainstream success. They caught they first “big break” in 2005, with the release of the Audio-Bio mixtape. In early 2006, they released their first ever album, Folk Music. One of the singles to come from this album, “Round Round” served as a mini-break out hit. The song went on to be featured in the blockbuster film The Fast and the Furious: Tokyo Drift.

This was the group’s first taste of “making it big”, and it helped them decide to continue to pursue a career in music in a very serious way. Their newfound success and popularity allowed them to go on a couple of international tours, which took them to the United States, Japan, Canada, and South America. Despite this success, the group had yet to fully break out into the mainstream music industry. In 2008, the group welcomed a new member, DJ Virman. In that same year, Far East Movement released their second studio album, Animal. Animal featured collaborations with several other up-and-coming artists, including  Bruno Mars and Wiz Khalifa. (Like Far East Movement, neither of these now-famous artists had really achieved massive mainstream attention by this point.) The album contained several singles (You’ve Got A Friend, Girls On The Dance Floor, and Lowridin) which received significant airplay. “Girls On The Dance Floor” was the most popular single to come from this album, reaching #27 on Billboard’s Latin Rhythm Airplay chart. This would be the first time that Far East Movement would hit the Billboard charts, but it would not be the last. 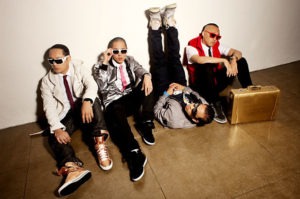 Far East Movement’s climb to success continued into 2010, when they signed a record deal with Cherrytree Records. They continued to build connections in the mainstream music world by working alongside the likes of Robyn, Mike Posner, and Lady Gaga on each of their respective tours. The group had become popular among certain niche groups, but they were still in a place where the average person had probably never heard of them. That would all change very soon. In October of 2010, Far East Movement released their debut album with Cherrytree, Free Wired. The album was full of original work, but it also featured collaborations with Snoop Dogg, Ryan Tedder of OneRepublic, Natalia Kills, and Keri Hilson. With such a star-studded list of collaborators, it really seemed like this release would be the one. As it turns out, it absolutely was.

Reaching their peak in 2010

Just a couple of weeks after Free Wired dropped, their song “Like a G6” rocketed in the Billboard rankings. It debuted at number one on the Billboard Hot 100, and it was also topping charts on iTunes. Not wanting to let all of this newfound attention to go to waste, Far East Movement went on tour alongside La Roux in November of 2010. “Like a G6” became something of a smash hit, and it had peaked at number one on the U.S. Hot 100 for three nonconsecutive weeks. It also saw a lot of airplay in New Zealand, South Korea, Sweden, Canada, Thailand, and the United Kingdom, among others. The song was actually the first single produced by Asian-American artists to top the Billboard Hot 100, and it was the first song produced by someone of Asian descent to top the chart since 1963. The song was heavily covered, remixed, and parodied, and I think that you would be hard-pressed to find someone who listened to music on the radio in 2010 and has never heard it. Less than a month after the single topped the charts, it had reached double platinum status, eclipsing two million units sold. 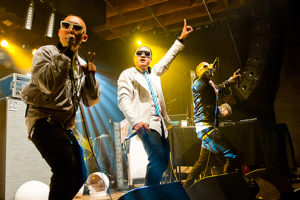 “Like a G6” wasn’t the only golden track that Free Wired had to offer. “Rocketeer” was another very popular track off of the album, featuring the vocal talents of Ryan Tedder, the lead vocalist of OneRepublic. The song was released as a single just as “Like a G6” was really taking off, and it ended up peaking at number 7 on the Billboard Hot 100 chart. Although it wasn’t quite as popular as Like a G6, it still attracted a lot of attention, and a lot of people saw it as a sign that Far East Movement wasn’t going to be a one-hit wonder. During the spring of 2011, the group continued their grind and went on tour with Rihanna and Calvin Harris, as part of Rihanna’s Last Girl on Earth tour. They were well-received, and once they finished with that tour, they embarked on their own. The Free Wired World Tour visited Hong Kong, Bangkok, Taipei, and Manila, among other cities. (They intended to perform a few shows in the United Kingdom, but they ultimately cancelled due to scheduling conflicts.) Shortly after that tour, they went on another tour with Lil Wayne on his I Am Still Music tour.

After all of that, they were able to release their next album, Dirty Bass, in May of 2012. Although the singles “Live My Life” and “Turn Up the Love” achieved modest success as top-40 hits, the success of this album was honestly dwarfed by the success of Free Wired. The group’s largest victory during this bleak time period was when they were featured on the Bingo Players’ track “Get Up (Rattle)”, which hit #1 on the UK Singles chart. It wasn’t much, but being featured on an international hit like this one did a little bit to boost their popularity again. Despite their best efforts, it seemed like Far East Movement just wasn’t able to get themselves out of this sophomore slump. In the years to follow, they were never able to obtain the same level of popularity that they saw in 2010. Most people haven’t even heard of the group since then. So, did Far East Movement quit music entirely? Did the group break up? What are they doing now in 2018?

If it’s any consolation to fans of the musical group, it seems as though Far East Movement is still thoroughly intent on continuing a career in the music business. In recent years, the group has created their own record label alongside Trap City called Brednbutter Records. According to their Facebook page, they’re looking to release a new Far East Movement album, as well as an EP, in the near future. They’re also still performing live on occassion, and they are currently slated to perform alongside DJay Mando in Madison, Wisconsin in December of this year. Although they’ve been away from it all for quite a long time, it doesn’t look like these artists are interested in fully stepping away just yet. Far East Movement is currently only really known for their handful of hits, but they hope to be known for a lot more within a few years.