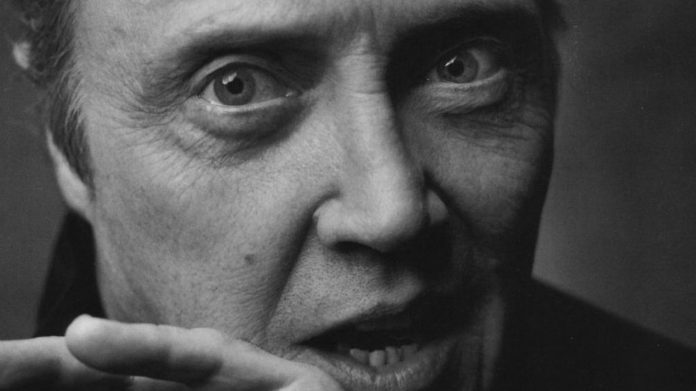 Christopher Walken is known for being one of the greatest American actors to have ever lived. At the ripe old age of 73, Walken has appeared and starred in countless different television and film productions. He has become an iconic entertainer, and his persona has been parodied on a fairly regular basis. Christopher has appeared in over one hundred different movies, but what has he been doing with his career more recently? He’s pretty old. Is Christopher Walken going to retire from acting all together? In this article, I’m going to be working to answer that question, among some others. I’ll be talking about how Walken was able to become such a successful entertainer, while also discussing his more recent projects.

Christopher Walken was born as Ronald Walken in March of 1943 in New York City. Although his mother was primarily a homemaker, she always had dreams of becoming a Hollywood star. Growing up, Walken found that he had that same dream. Beginning in the 1950’s, Christopher along with his brothers worked as child actors. He was a child actor on television during the so-called Golden Age of Television, which stretched from 1947 to 1960. He appeared on several different variety shows during that time, including The Wonderful John Acton, The Guiding Light, and The Motorola Television Hour. During this time, Walken was also working a lot in theater. He would appear in productions of The Climate of Eden, The Visit, and J.B.. Upon graduating high school, he originally went to school at Hofstra University, before he dropped out after a single year of attendance. 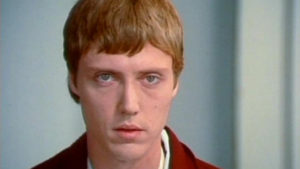 Unlike most aspiring actors, who tend to drop out of college over a “gut feeling”, Christopher actually had a role lined up for himself. He was going to have a major role in an Off-Broadway revival of the show Best Foot Forward. This happened in 1963. During the remainder of the 1960’s, Walken had small roles in films like The Three Musketeers and Barefoot in Athens, while also having small roles in television shows like Naked City and Hawaii Five-O. He wouldn’t see his major film debut until the 1971 film The Anderson Tapes, which starred Sean Connery. In the next year, he would appear in his first starring role in the movie The Happiness Cage. Also known as The Mind Snatchers, this movie was directed by Bernard Girard.

Walken had another major film role in Next Stop, Greenwich Village, a movie that received positive reviews by critics. (One of the more notable aspects of this film is that it features a very, very minuscule appearance by Bill Murray in his film debut.)  One of his more notable roles came in 1977, when Walken appeared in the classic Woody Allen movie Annie Hall, where he played Duane Hall. Walken co-starred alongside Margot Kidder in the western Shoot the Sun Down. Perhaps his first major “breakout role” occurred in 1978, when he had a large role in the movie The Deer Hunter, where he worked alongside the likes of Robert De Niro and Meryl Streep. He depicted Corporal Nick Chevotarevich, and his outstanding performance ended up winning him an Academy Award for Best Supporting Actor. 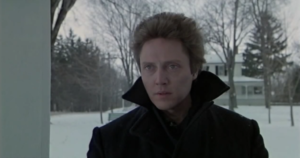 This would definitely not be Christopher Walken’s last critically acclaimed role. In the decades to come, he would eventually see himself reach an almost unfathomable level of success. Walken starred in the 1980 war film The Dogs of War, which was a modest box office success. He showed off his versatility as an actor by appearing in the musical Pennies from Heaven. He held a starring role in the hit Stephen King adaptation The Dead Zone, a movie that made over $20 million at box office over a $10 million budget. That same year, he starred in the science fiction movie Brainstorm, which is famous for being a movie that the actress Natalie Wood died while producing. In an iconic role, Christopher would play the role of a Bond villain in the movie A View to a Kill, which released in 1985. This was a significant role, because it would help to establish Walken’s ability to play an excellent villain at an early stage of his career.

In 1986, Walken starred in the crime drama At Close Range, a movie that was critically acclaimed despite not making very much money at the box office. In 1988, he had a large role in the Matthew Broderick comedy Biloxi Blues, which went on to receive positive reviews and commercial success. During the 1990’s, Christopher just saw his fame grow. He would have a role in movies like Kings of New York, Sarah, Plain and Tall, Batman Returns, and Wayne’s World 2. Walken would see another one of his most iconic roles in True Romance, where he played the part of Dennis Hopper. Today, True Romance is thought of as one of the greatest movies of all time, and Walken’s portrayal is considered one of the best of his career. In the year after True Romance, Walken had a small role in the cult film Pulp Fiction, where he was considered a scene stealer. 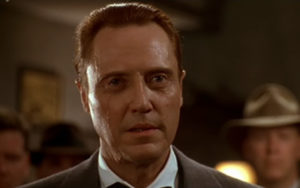 Walken continued to expand his already-impressive filmography by appearing in 90’s movies like A Business Affair, The Addiction, Nick of Time, Last Man Standing, and The Funeral. Notably, during this decade, Walken also tried his hand at voice acing. He voiced Colonel Cutter in the animated movie Antz, and he voiced a detective in the video game Ripper. Basically, by this point in his career, he was already so famous that he was able to find success in almost everything that he tried. During the 2000’s, he ended up returning to the stage when he appeared in the Broadway musical The Dead. Christopher Walken’s 2000’s filmography includes roles in movies like Poolhall Junkies, Catch Me If You Can, Kangaroo Jack, Man on Fire, Wedding Crashers, Click, Hairspray, Balls of Fury, and Five Dollars a Day. To put it simply, he had become one of the biggest, most busiest names in Hollywood.

As Walken aged, however, his production started to wind down a little bit into the 2010’s. For reference, Christopher appeared in around 30 films between 2000 and 2010. Many of those movies, like Hairspray, Balls of Fury, and Wedding Crashers, would go on to become major hits. If you look at his more recent filmography, a lot of the movies that he has appeared in recently are less known. For instance, in 2011, he appeared in the movies Dark Horse and Kill the Irishman. Neither of these films became particularly popular among mainstream moviegoers. It isn’t uncommon for actors and actresses to turn to more independent productions as their careers begin to slow down, but it’s always disappointing to see a popular star step out of the spotlight. What has Christopher Walken been up to more recently?

Although I would argue that 2010 to 2015 were down years for Christopher Walken, he definitely recovered in 2016. He appeared in two major critically-acclaimed films: Eddie the Eagle and The Jungle Book. He also had a large role in the movie Nine Lives, which was mostly financially successful despite negative reviews. Although he does not currently have anything queued up for 2018, considering how many movies he tends to make within a single decade, I have a strong feeling that Walken’s presence will be gracing at least a couple of different film sets during this next year.