What Happened to Rachel Zoe – 2018 Update 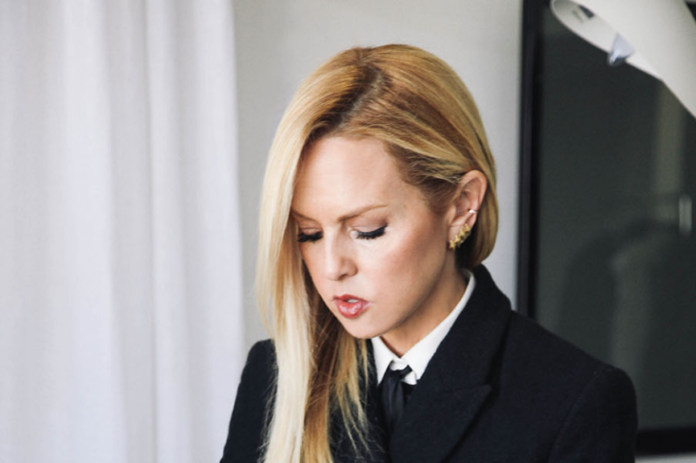 When you read about red carpet events like the Grammys or Emmys, you’ve probably seen Rachel Zoe’s name. She’s been a fashion designer for over two decades and in that time has worked with some of the biggest names in Hollywood and even had her own Bravo reality TV series. After that show ended in 2013, she went on to host a talk show. It’s been a few years since Rachel has made headlines in her own right leaving many to wonder: what is Rachel Zoe doing now?

Rachel Zoe was born in New York City in 1971 as Rachel Zoe Rosenzweig. She grew up In New Jersey and later studied at George Washington University. There, she met Rodger Berman, who was studying to be an investment banker. After graduation she move back to New York to pursue a career in fashion. She and Rodger got married shortly after the move. She started working as an editor and quickly rose to become a fashion designer herself, working at the Magnet agency.

After that she moved on to the Todd Shemarya Agency and gone on worked with some of the biggest names in Hollywood including Brenda Song, Lindsay Lohan, and Kiera Knightley. These days her clients include Cameron Diaz, Debra Messing, Eva Mendes, Jennifer Lawrence, and Miley Cyrus.

In 2008, Bravo created The Rachel Zoe Project, which followed the fashion designer as her career was near its peak. The show dealt with her professional life as well as her personal life.

The two weren’t always easy to separate, since her husband, Rodger Berman, is also her business partner. The fourth season made this separation even harder, because in 2010, Rachel was pregnant with her first son, Skyler Morrison, who was born in March 2011.

The Rachel Zoe Project ran for five seasons before Bravo pulled the plug. Through the show’s run, they had a huge number of celebrities make an appearance – all wanting Rachel Zoe to make something for them.

After her show on Bravo was canceled, Lifetime created Fashionably Late with Rachel Zoe, which aired immediately after Project Runway. The show only lasted one season, but that isn’t unusually for Lifetime shows.

Just after securing a reality show on Bravo in 2008, Rachel Zoe launched her own newspaper. The Zoe Report, more of a blog than a traditional newspaper, was exceedingly popular, and became her outlet for projects that didn’t fit with her work as a fashion designer.

In 2011, she launched Zoe Beautiful, a supplementary newsletter that covered beauty products. She also solidified the boho-chic look she’d been famously cultivating with Nicole Richie. The collection was sold in many prominent department stores, including Nordstrom and Neiman Marcus.

Shortly before Christmas in 2013, Zoe gave birth to her second son, Kaius Jagger, who she calls Kai.

She expanded her brand’s footprint even more in 2014, when she launched the “Box of Style”, a subscription box which sends out products Zoe likes four times a year. Rachel Zoe also drew attention that year when she opted to not participate in New York Fashion Week, which has seen recent criticism.

After leaving TV last year after Fashionably Late with Rachel Zoe was canceled, Zoe also left the East Coast. She moved to Los Angeles, which is where she had been working for over a decade. And this year, she’s deciding to participate in Fashion Week – Los Angeles Fashion Week.

In contrast to the recent move to LA, Zoe has left her bohemian-chic days behind her. For this year’s Los Angeles Fashion Week, she’s indulged several new fashion trends. Namely, she’s presenting a capsule collection – a line of clothing that can be a complete wardrobe, by mixing the pieces.

She’s also trying out the latest Fashion Week trend: “see-now, buy-now”. Normally, the items displayed at Fashion Week are prototypes of designs, and will be heavily altered before being sold. Zoe’s collection, however, will be an accurate representation of what she’s selling, and you can buy her outfits within hours of them being shown on the runway.

If you want to keep up with Rachel Zoe’s latest designs, you can find her on Twitter and Instagram at @RachelZoe.