LA Dogworks Update 2018 – What Happened After The Profit

LA Dogworks Before The Profit

LA Dogworks is a dog boarding business in California that has been quickly losing money. It caters to upscale customers and their precious pooches. It was founded by Andrew Rosenthal in 2004.LA Dogworks stays open 24 hours a day, and it offers grooming and training services. They generated $1.3 million a year, but their sales have been taking a hit due to terrible management and poor business practices. The dog boarding business is $150,000 in the hole. Marcus Lemonis stated that the pet industry is recession proof since 50 million households have pets. He wanted to get in on that money.

LA Dogworks on The Profit 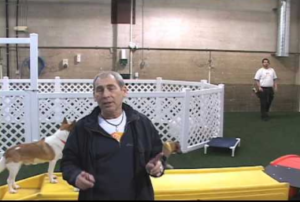 Marcus greeted the owner and got a tour of the facility. He noted that there were no signs on the outside of the building that detailed what went on inside. Marcus spoke with one of the groomers and asked how she priced how much a grooming session would cost. Alyssa let him know that it depends on the size of the dog and the condition of the coat. Marcus was then shown the indoor dog park and interacted with the animals. Andrew then showed Marcus the “dog haven,” where he had dog bunk beds that he claimed to have invented. Marcus asked where the suites were, and Andrew explained that they didn’t do suites. He brought Marcus back to an area that looked like a dog shelter, with a grungy atmosphere and chain link kennels. Marcus told Andrew that it was a bad aesthetic, and Andrew said that the dogs did not care. Marcus looked pained, then patiently explained that the marketing was for the customer, not the dog. Andrew ultimately dismissed that idea, telling Marcus that “we do it our way, and it works well.”

The next stop on tour was the dog training area. Andrew said that the training aspect of LA Dogworks fell off, which Andrew attributed to it “not being for everybody.” The dog trainer explained that they’d gotten lots of negative reviews on a rating site, which the owner responds to in an aggressive manner that cause Marcus to tell him to stay off the internet. IN an aside to the camera, Marcus admitted that he was getting a bad vibe from Andrew.

Marcus spoke with the operations manager, who told him that boarding is their leading performer. The slack in the other two areas causes them only to make $78 last quarter. Marcus asked Andrew what their occupancy was, and he did not know what Marcus was referring to. After Marcus had explained it regarding a hotel, neither Andrew or the Operations Manager could answer what the occupancy rate was, which Marcus informed them was 27%. He asked Andrew what the most difficult part of the business was, and Andrew admitted that it was dealing with him since he was very particular, and not great with his employees.

Marcus said that he saw the LA Dogworks brand producing products that could be sold at other locations, and opening up new areas. He stated that it would only happen when the original site was functional, and the morale needed to go up. Marcus offered $1,000,000 in exchange for 50% of the business. Andrew would control the brand, and Marcus would oversee everything else. Andrew protested, stating that he had built the business up from nothing. Marcus wrote the check and slid it across the table. Andrew paused to consider. Marcus told him that he would not have to worry about money, but he would fire Andrew if he messed with any of the employees. Andrew decided to shake on the deal.

Marcus had a meeting with the rest of the employees to advise them of the management change. He told them that the days of them being unhappy and demoralized were over since the business relied on happy employees for its survival. Marcus’ plan included increasing occupancy in the kennels by rewarding customers for using LA Dogworks. He wanted to open new locations once he could get the current location to peak performance.

Marcus walked out with Andrew to see the “Fetch-mobile”, which was the delivery vehicle for LA Dogworks. Andrew started getting mad about a scratch on the bumper. Marcus asked if Andrew if he had enough patience and tolerance to educate his employees. Andrew insisted that his employees’ stupidity has led to the business going down the tubes. He said that the problems began when he started hiring people. He called himself the alpha dog and told Marcus that he would happily fire the entire staff and start from scratch. He started to rant and rave, and the employee that he was complaining about came in. Andrew called the employee worthless to his face.

Marcus called an emergency meeting with all the employees and Andrew to let the employees vent. Marcus told Andrew that he could not dismiss his employees anymore, and Andrew insisted that he did not do that. His operations manager said that he makes people feel worthless by concentrating only on what was not getting done. Andrew yelled that he has tried to communicate, and Neil told him that the employees were afraid to approach him. Andrew excused himself by stating that he was a reactionary, and he needs to yell for his health. His employees told him that their health was suffering due to the stress. Marcus told Andrew that he was not listening. One of the employees started crying, and Marcus informed him that the current employees no longer wanted to deal with him.

Marcus said that he was excited about the changes for LA Dogworks, but he was worried because he got a voicemail from Neil asking to be hired on at one of his other businesses. Marcus brought in a workplace psychiatrist and introduced her to Andrew. Andrew told her that employees had been the bane of his existence. Dr. Rivera said that employees should be the backbone of the business. Marcus brought Neil into the discussion. When asked what qualities he saw in Neil, Andrew stated that he didn’t see anything in Neil because Neil did not exist. Neil explained the incident with the dog bite. Dr. Rivera said that Andrew did not show compassion. Andrew started screaming at Neil again, and when the doctor pointed it out, Andrew stated that he did not care.

Dr. Rivera asked why Neil was still here. Andrew said that he was not planning on firing him and finally admitted that Neil added value to the business as an employee. Marcus apologized to Neil and asked Andrew to do the same, but Marcus refused. Marcus took Neil aside and requested that he apologize to Andrew first to teach him how compassion works. Neil and Andrew ended up shaking hands and making amends under the direction of Dr. Rivera.

Andrew had a reflective moment with Marcus and said that he felt like everyone had once been striving towards a common goal, but it had fallen apart at some point. Marcus told him that he had to work to get it back to that point, and it would not be solved by anger. It looked like Andrew took that to heart. He started to pitch in with helping with the dogs. Marcus showed the employees the physical changes he made to the store, by renovating the front of the business, repainting the store section and showing private label pet products.

Marcus started to introduce a new idea for getting customers to come in, but Andrew immediately shot it down. He claimed that his employees would not be able to implement any new ideas consistently. He insulted Marcus’s other businesses and insisted that he had changed in his demeanor towards people. The operations manager finally spoke up and said that there had been many great employees that started and then left because they could not handle Andrew. As Andrew yelled at her, she walked away. Marcus looked fed up. He said that it was too unpredictable, and he called off the deal. 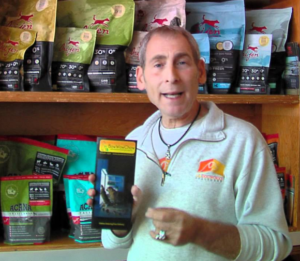 Even though LA Dogworks did not secure a deal with The Profit’s Marcus Lemonis, they appear to be still going strong. They have 3-star reviews on Facebook, but the most recent ones compliment the professionalism and friendliness of the staff and even Andrew, the angry owner. It’s possible that Andrew has changed his view on people, or perhaps his aggression was played up for television.