Lavish P (AKA ItsLavishBitch, Param Sharma) Net Worth- How Rich is Lavish P 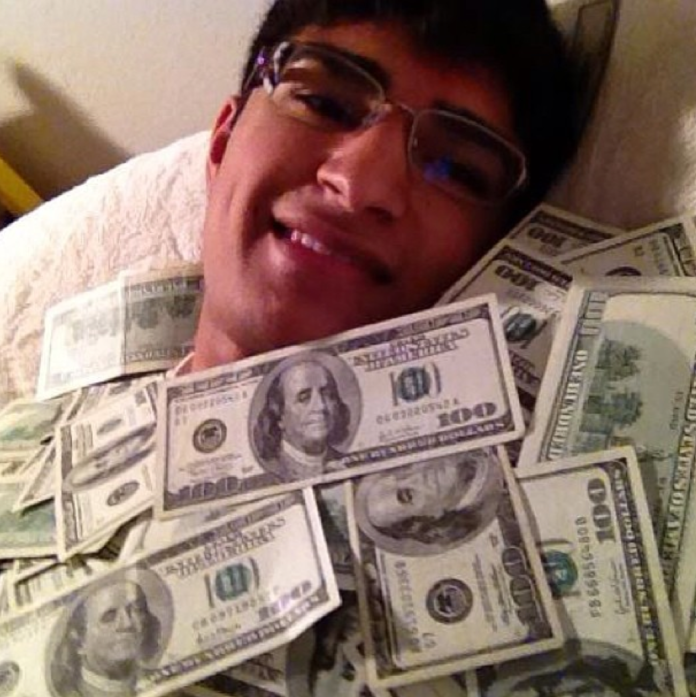 Whether he truly hails from a billionaire family or he’s one of the internet’s biggest trolls, Instagram star Lavish P’s spoiled brat antics have nonetheless caused more protest and outrage than Occupy Wall Street. Lavish P, also known as “It’s Lavish Bitch”, become the subject of internet and media attention after a series of Instagram posts documenting obscene luxury purchases whilst berating “peasants” who could never afford such a lifestyle. The already sensitive subject matter of one person possessing great wealth, combined with blatant harassment of the poor was more than enough to prompt the internet hivemind to embark on a witch hunt.

After throwing general insults to the “serfs and peasants”, Lavish P moved on to big game. He began tagging celebrities in his Instagram posts. He targeted big names such as Kim Kardashian, Rihanna, and Soulja Boy, insulting everything about them from their looks to their “puny” net worths of 100 million and more. While most of his targets had the sense to ignore him, some lashed out which only gave his patronizing antics more publicity.

There still remains very little information confirmed about Lavish P. His social media accounts are either largely inactive have either been deleted. His last Youtube upload, a poorly-produced song featuring a picture of him filling a toilet with sparkling water, was over 3 years ago. 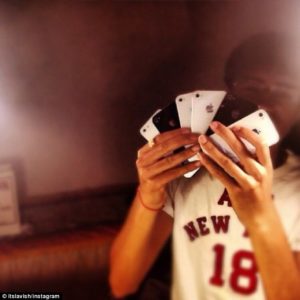 Despite using the some of the most idiotic and blatant methods to flaunt his supposed wealth, Lavish P is unexpectedly methodical about covering his tracks. His websites have all been registered through anonymous proxies. His photos all give off the impression of being staged for maximum effect, and tend to obscure his face as well as his surroundings. Media reports and personal anecdotes provide conflicting information on his origins. Lavish himself of course claims to be genuinely rich, however to this day none of his claims have been verified. 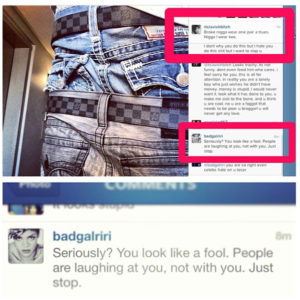 If Lavish P is truly rich, he likely did not earn his money himself. It has been confirmed that he is an Indian American who resides in San Francisco. Since San Francisco is one of the most expensive places to live in the United States, his family is fairly well off at the very least. A now inactive Twitter account named LavishLeaks posted a picture of the teenager existing a modest 2-story home. However, he does live in San Francisco after all, so that house probably cost a pretty penny.

Lavish P doesn’t always blatantly waste money, he has supposedly given away over $100,000 to his Instagram followers. He claims to randomly choose, yet the past few winners have all been from his high school. Attempts to contact any of the winners from the media have garnered no responses. In fact, he has supposedly faced legal trouble on several occasions for not paying out these prizes.

In an interview with Vice, Lavish P claimed to have social media accounts separate from his persona. Like any person with good sense, he stated he did not want to subject his girlfriend and friend circle to the negative attention he received on a daily basis. However, he still maintained that he was actually rich and not just a troll, and that he was simply using his “wealth for comedy”. He plans to pass down the Lavish P persona to his future son.

Lavish P vanished off the internet after reportedly being jailed for 90 days for selling a stolen iPhone 5 on Craigslist. Although he was placed under a $30,000 bail, he was not instantly released. His lawyers claimed that he was selling the phone for a friend who was not able to do so themselves.

If one thing is certain about Lavish P, he sure knows how to get people riled up. He’s rustled the jimmies of middle class plebians all the way to some of the richest celebrities in the world.