What Happened to Danity Kane – The Group Members Now in 2018 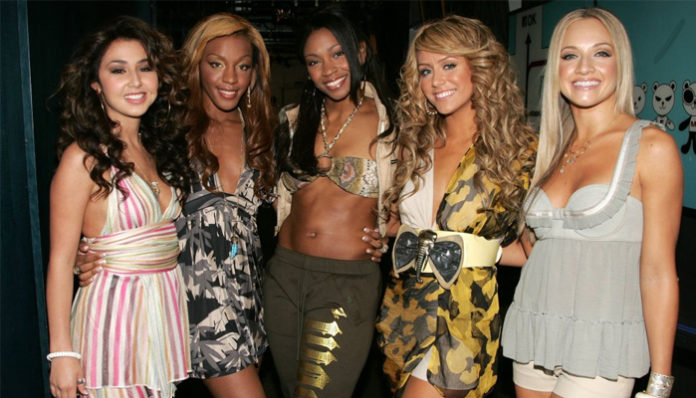 The all-girl hip hop crew, Danity Kane broke into the music realm with their self-titled 2006 debut album, Danity Kane. Founded in 2005, the original lineup consisted of Shannon Bex, Aubrey O’Day, Aundrea Fimbres, Dawn Richard, and D. Woods. At the time, record producer Sean Combs had been searching for the next female super group through the reality series, Making the Band 3. After setting out on a multi-city search, he invited twenty young women to compete for a spot; eventually, only the above-mentioned names were left. Following that, their journey to become professional singers was chronicled in the MTV show. Towards the mid to late 2000’s, the girls began heading off to the studio to work on their debut album. Finally in the summer of 2006, Danity Kane came out with their eponymous album, after signing with Sony Music Entertainment. A huge hit, the title garnered the group widespread recognition across the world.

Two years after the release of their initial endeavor, Danity Kane dropped their second studio album entitled, Welcome to the Dollhouse in the spring of 2008. Another chart topper, it further increased their popularity in the hip hop world; it eventually became their second platinum-certified album in the United States. Following that, it wasn’t until six years later that they came together as a group again (with the exception of Fimbres and Woods) for their third and final full length album, DK3. Although it didn’t obtain RIAA certification like their previous works, it still managed to reach the record charts. Besides their three studio albums, Danity Kane has also come forth with five music videos, and seven singles throughout their music career. Some of their most popular songs include Show Stopper (Feat. Yung Joc), Ride for You, Damaged, Rhythm of Love, and Bad Girl (Feat. Missy Elliott).

One of the most popular female R&B groups of the 2000’s, they’ve won numerous accolades including an Urban Music Award (e.g. Best Female Group), and three Online Hip Hop Awards (e.g. Breakout Girl Group of the Year, Album of the Year), among countless nominations. In 2009, Danity Kane also made it onto the Guinness World Records for being the first all-girl group in Billboard history to have their initial two albums debut at number one on the record charts. Throughout the years, the girls have also performed on stage on numerous occasions; for instance, they’ve headlined the Jingle Ball Tour, the Making the Band 4 Tour, and the #NoFilterTour.

Although they reunited in 2013 after a four-year-long hiatus, it was announced that Danity Kane had part ways once again in the summer of 2014.

What has the girls been busy with since the mid 2010’s? Have they gone off to work on their solo careers? Can we expect to see any of them under the limelight again anytime soon? What happened to Danity Kane? Where are they in 2017?

The Formation and History of Danity Kane 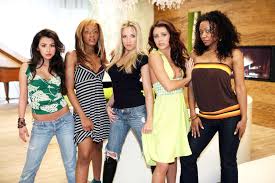 In 2004, record producer P. Diddy set off in search for a new all-girls super group as the premise of the MTV reality series, Making the Band 3. Enlisting the help of choreographer Laurie Ann Gibson, he traveled to numerous cities in search of idol-material who could both dance and sing. Among 10,000 young women who gathered to audition for a position in New York City, he ended up inviting twenty of them to compete on the show. The competitors at the time included Tyra, Celeste, Paschan, Michelle, Roxanne, Shantee, Francesca, among several others.

With each episode, at least one contestant was sent home. Before long, only seven women were left in the show. Despite this, P. Diddy felt that only a few of them deserved a chance to be in a band- including Aundrea Fimbres and Aubrey O’Day; these three were later invited to take part in the second season of Making the Band 3. With season three, he once again set off to invite new talents to audition for the group. Eventually, twenty women were chosen, much like the first season; during this time, O’Day and Fimbres’ friendship only grew stronger.

After many challenges, including singing in front of thousands of people at a Backstreet Boys concert, eleven band hopefuls were left. From there, the season finale aired in November of 2005, which garnered millions of audience members. Ultimately from the eleven contestants that were left, five women were chosen to be members of the band- Shannon Bex, Wanita Woodgett, Dawn Richard, Aundrea Fimbres, and Aubrey O’Day.

The Original Lineup of Danity Kane

Aubrey O’ Day: Born on February 11, 1984, the blonde has been singing and performing ever since she was five years old. By the time she was a teen, O’Day had taken part in numerous theater productions including Grease, The Wizard of Oz, The Sound of Music, Rent, and Fiddler on the Roof.

Wanita Woodgett “D. Woods”: Born on July 6, 1983, she developed a keen interest in performing at the tender age of three. After graduating from a performing arts school in Georgia, she studied dance at the Alvin Ailey American Dance Theater.

Shannon Bex: Born on March 22, 1980, he spent the majority of her youth dancing. Initially trained in ballet, she later incorporated other dance styles such as jazz, hip hop, and modern. Not only was she a talented dancer, but she also enjoyed singing ever since she was a young teen.

Dawn Richard: Born on August 5, 1983, she spent her childhood immersed in both singing and choreography as her mother owned a dancing school. By the time she was a teen, she was a member of a local music group known as the Realiti. From there, Richard was eventually signed as a solo artist with Yeah! Brother Records.

Aundrea Fimbres: Born on June 29, 1983, she is most well known for having the highest vocal range of the entire group. Having sang ever since she was in grade school, she joined a pop group called Intrigue during high school 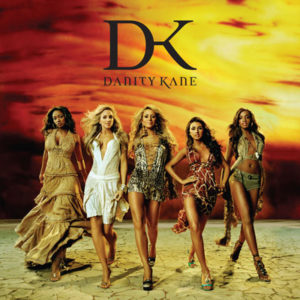 On August 22, 2006, the all-girl group came out with their eponymous debut album, Danity Kane. Released through Atlantic Records in the UK and Bad Boy Records in the US, its production was handled by several individuals including Timbaland, Mario Winans, Arnthor Birgisson, Bryan Michael Box, Rodney Jerkins, and Jim Jonsin, Recorded at The Hit Factory in Miami, Florida, it featured fifteen pop tracks including Touching My Body, Stay With Me, Ain’t True, Right Now, One Shop, Sleep On It, Come Over, Press Pause, and Ooh Ahh.

A commercial success, it sold more than 109,000 copies on the day of its release; by the end of the first week, over 230,000 units had been sold- which put it at the top of the US Billboard 200 record chart. Not only was it a chart topper on the Billboard 200, but Danity Kane eventually also reached number one on the US Top Hip Hop Albums record chart; outside of the US, the studio album also found its way onto the charts in Switzerland and Germany. Danity Kane’s most successful album, it later spawned two singles, Ride For You and Show Stopper; as of 2007, the title has received platinum accreditation from the RIAA for selling more than one million copies.

Two years later, Danity Kane dropped their second studio album entitled, Welcome to the Dollhouse. Unlike their first release, it was written and produced partly by all of the members of the group. The last album to include D. Woods and Aundrea Fimbres, it featured the production of Bryan Michael Cox, The Clutch, Fridolin Nordsoe, Donnie Scantz, and Flex & Hated, among a few others. Under an hour in length, it boasted a sixteen-song track list that included the titles Sucka for Love, Pictures This, Is Anybody Listening…, Strip Tease, Ecstasy, Secret Place, 2 of You, Lights Out, and Ain’t Going. A few guest artists also made appearances in the album such as Rick Ross, Missy Elliott, P. Diddy, Donnie Klang and Day26.

Another chart topper, Welcome to the Dollhouse ended up selling more than 236,000 copies during the first week. Number one on both the US Billboard Top 200 and the US Top Hip Hop Albums charts, the feat later earned them a spot on the Guinness World Awards (e.g. first female group to have their first two albums debut at number one). According to statistics provided by Niel Soundscan, more than 545,000 copies had been sold as of 2008. Despite its chart success, reviews were generally mixed. Regardless, the album eventually spawned two singles- Bad Girl and Damaged, the second of which has since gone platinum. The album itself has also since sold more than 1,000,000 copies within the country.

Despite the popularity of their music, the band eventually declined by the late 2000’s. In fact, there were constant rumors of a breakup during the airing of Making the Band 4, which continued to chronicle the group’s activities. As many had suspected, Danity Kane later parted ways in early 2009, with many of its members departing to embark on a solo career. From there, it wasn’t until six years later in 2014 that they reunited once again, with the exception of Aundrea Fimbres and D. Woods. 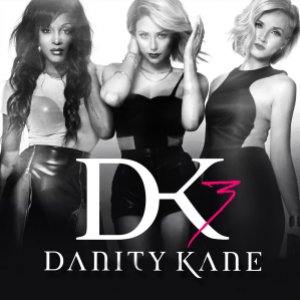 On October 27, 2014, Danity Kane released their third studio album entitled, DK3. Their first effort together in many years, it was produced jointly by Dem Jointz and The Stereotypes. Released through BMG and Stereotypes music, it included ten pop tracks including Rhythm of Love, All in a Day’s Work, Two Sides, Secret Lover, Bye Baby, Roulette, and Tell Me.

In spite of the gap between DK3 and their previous release, the album was met with many positive reviews upon its release. Praised for its high production values and pulsing beats, it peaked at number forty four on the Billboard Top 200, number six on the Independent Albums chart and number seven on the Top R&B and Hip Hop Albums chart; in the United Kingdom, it also reached number three on the record chart. Although it didn’t attain the same level of commercial success as their earlier albums, it still spawned two singles, Rhythm of Love and Lemonade, the first of which charted in Australia.

Unfortunately for fans, their reunion in 2014 was short lived; not long after the release of DK3, the girls announced their second disbandment allegedly due to a fight in the recording studio. Since then, Danity Kane has not done any work together as a group.

Unsurprisingly, all of the girls have been busy with their own respective careers; for instance Dawn Richard has gone on to released three solo albums while Aubrey O’Day has starred in several reality TV shows such as Fashion News Live, Dance Moms, Marriage Bootcamp Reality Stars 3, Famously Single, and Celebrity Big Brother 18.

Will they be reuniting for a second time sometime in the future? Only time can tell- we wouldn’t hold our breathe for it though!

If you’d like to stay on top of what the individual girls have been up to, you can visit them on social media- many of the members are fairly active on Instagram and Twitter!