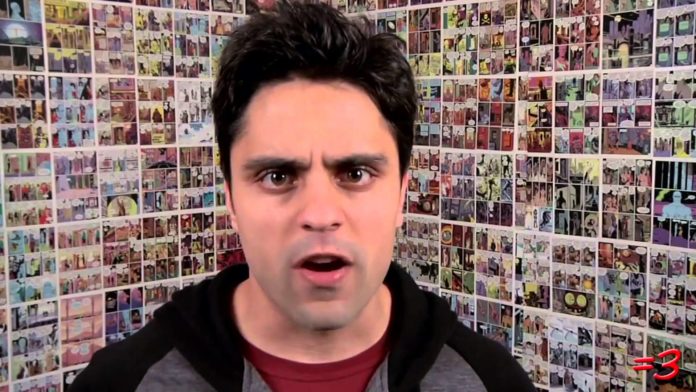 Net Worth articles about YouTube Stars like Ray William Johnson are so much easier than with other professions. The figures are freely available, and a quick look through subscriber numbers, cross referenced with views and we can get a fairly clear look at how much they make in a month. When you add in extra revenue streams, and some extrapolation, we can see that Ray William Johnson is doing very well for himself. His most popular show, =3, was such a clever idea. Make a video about viral videos. Most folk hear about these videos via the grapevine, and while they are often seen by millions without Ray Williams’ help, it is clear that qite a few of them made it to a much larger audience due to the added exposure generated from being featured on Johnson’s show.

So let’s see if we can find anything surprising about Ray William Johnson, see his revenue streams, and see where he is going next.

How Did Ray William Johnson Make His Money & Wealth?

Ray William Johnson was one of YouTube’s earliest success stories. he was born in Oklahoma City, Oklahoma, and attended Columbia University, studying History. He has said hat his intentions were to get a degree in Law following his undergrad work, but the success of his YouTube channel caused him to reconsider education.

In 2007 Johnson started his first channel, a Vlog that did not garner many viewers. It wasn’t until 2009, and the launch of =3, that Johnson began his meteoric rise to internet stardom. The format and editing on the show are excellent. I wasn’t much of a fan, but watching a few of them in preparation for writing this article at least showed me why he was as popular as he was. The fast edits, gag after gag delivery, all over the top of an already rising viral video is such a clever way of gaining a following. So popular was the series that by 2011 Ray William Johnson became the first You Tuber to gain over 5 million followers. That added up to over a billion views across his videos.

When we look at ad sense, the auto ad adding service used by google and you tube, and how it generates income, we find out that it is better to have lots of medium watched videos over a few very popular videos. On average popular channels can get between $2-$6 per 1000 views. It take into account ad blocking programs, and the fact that not all the people watching get an ad in the first place. Ray Johnson’s videos, both on the main =3 channel and his Your Favorite Martian channel, all routinely generated over a million views per. It all adds up, and allows us to make sense of the $5 million newt worth figure. Honestly, that’s a very conservative estimate, and the actual figure could be much higher than that.

There are other sources of income for internet celebrities, when a famous person opens a social media account they tend to have a large following. Ray Johnson is no exception. His Instagram and Twitter accounts both have millions of followers, and if he is smart he will be leveraging that audience into cold hard cash. obviously you need to be careful about doing that, but when done right it is very lucrative, and not very damaging to your audience.

These days Ray William Johnson has taken a step back form his internet fame in favor of more conventional avenues. the fox affiliate channel FX is in the process of scripting a TV show based on his life. In addition, Johnson has branched out into acting, appearing in the indie flick Who’s Driving Doug. The film, by and large, was not well received, but Johnson’s performance was looked upon favorably by many in the critical press. It will be interesting to see where his career goes from here.

No. Ray William Johnson is not married. I have taken a brief look into his romantic history and found that he is not currently dating anyone. He was in a relationship with fellow You tuber Anna Akana, but the pair broke up in 2014.

Where is Ray William Johnson from?

Ray William Johnson is from Oklahoma City, OK, but grew up in the nearby town of Norman. Which might be the most boring name for a town I have ever heard. Norman is famous for it’s Chocolate Festival and Jousting. Seriously, actual Horse mounted Jousting. I may have judged this town too harshly, seems pretty cool to me.