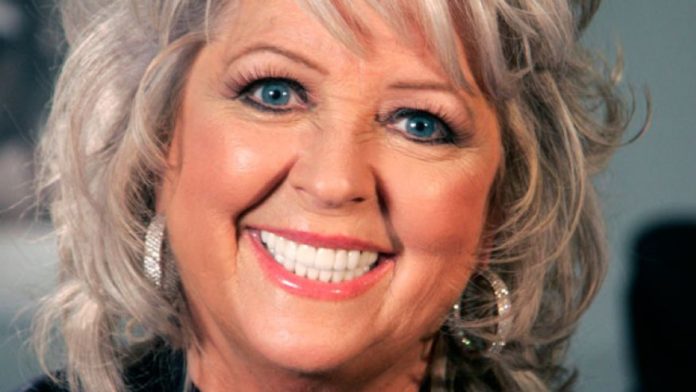 Paula Deen is probably one of the more famous celebrity cooks of all time. Although she isn’t technically a professional chef, for many years people have been inspired by her recipes and television shows, which are all about Southern comfort food. Deen has also been at the center of some controversy, however, regarding her use of racial slurs in the workplace. Needless to say, she’s a pretty significant figure in food television and in American culture overall. Has she been able to make any kind of money off of her success? In this article, I’m going to be talking all about how Paula Deen was able to become successful, while also making sure to discuss what kind of money she is able to make in her line of work. Let’s get right to it.

How did Paula Deen make her money and wealth?

Paula Deen was born in Albany, Georgia in January of 1947 as Paula Hiers. She was a deeply religious woman growing up, but her early adulthood was marked with some pretty terrible trauma. Both of her parents had died before she turned 23, and she also went through a divorce at a very young age. Perhaps as a result of this trauma, Paula suffered from terrible agoraphobia during her young adulthood. If you’re unfamiliar with this anxiety disorder, agoraphobia is basically a disorder where someone feels extreme anxiety and suffers from panic attacks due to being an unsafe place. Although someone can experience agoraphobia in nearly any place, it’s most often used to refer to describe panic attacks that occur just by going outside. It’s a highly debilitating disorder, and it’s common for it to manifest after a stressful event. 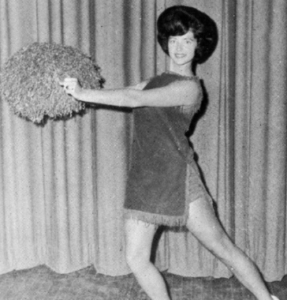 As a means of coping with her agoraphobia, Paula turned to cooking. It was something that she was good at, and she didn’t have to leave the house to do it. Eventually, it reached the point where she felt truly safe standing over a stove and cooking for her family. She learned a lot about Southern cooking from her grandmother, but Paula was also able to learn a lot on her own. In 1989, Paula divorced from her husband (Jimmy Deen), who she had been married to since 1965. Paula and Jimmy had two children together, who Paula took with her when she moved to Savannah. As a single mother, Deen suffered with a lot of financial hardship. It was hard for her to make ends meet, and she resorted to various part-time jobs, like hanging wallpaper, selling real estate, selling insurance, and so on. Eventually, Paula decided to try and make money off of one of her greatest talents.

She started a catering service, where she would make food at home that her sons would go out and deliver. The food that she made became a massive hit, and it became apparent that she had a real future in food. In 1991, she started up her first restaurant, The Lady, in a Best Western located on Abercorn Street in Savannah. In 1996, she opened a restaurant called Lady & Sons in downtown Savannah. Over the years, Lady & Sons acquired a great deal of positive attention, particularly in the press. It became a staple in Savannah, and it was a common eatery for tourists who were visiting the city. Due to all of this success, Paula was able to self-publish two cookbooks in 1997: The Lady & Sons Savannah Country Cooking and The Lady & Sons Savannah Country Cooking 2. In 1999, Paula Deen’s life took a turn for the better when she was contacted by Food Network. 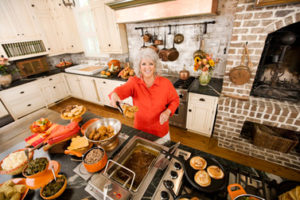 Back in 1999, Food Network wasn’t exactly as well-developed as it is today. Although the channel was established in 1993, it didn’t have a very clearly defined identity. Paula made a couple of “cameo appearances” in pre-existing shows on the network, and she was eventually given a television pilot in 2001 called Afternoon Tea. The pilot went over pretty well, and so in 2002 she was given her own cooking show called Paula’s Home Cooking. This show fit the standard cooking show format that we’re familiar with today. Paula guides her viewers through various Southern recipes, and cuts are implemented to fit more elaborate meals into the thirty minute format. As a result of this show, Paula was able to basically become a pop culture icon. More and more people were becoming familiar with her cooking, and more and more people were becoming familiar with her as a person.

In 2005, Paula Deen launched her own lifestyle magazine called Cooking with Paula Deen, which was apparently very well circulated. In that same year, she made her film debut in Elizabethtown, a romantic comedy starring Orlando Bloom and Kirsten Dunst. Like many other popular stars on Food Network, Deen was eventually given a couple of other shows, including Paula’s Party and Paula’s Best Dishes, which were pretty similar to her first show. These shows began airing in 2006 and 2008, respectively. In 2007, Deen released her memoir, entitled It Ain’t All About the Cookin‘. In 2009, she was selling a dessert line through Walmart, which included various pies, cakes, and cake bars. Needless to say, Paula Deen had sort of conquered the world as far as food went. Although there have been many “food entertainment stars”, I don’t think that there are many whose success spanned quite as wide. 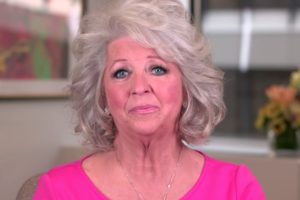 However, controversy in 2013 caused all of this success to come to a screaming halt. A lawsuit was filed by Lisa Jackson, who alleged that Deen made many racially insensitive comments in the workplace. When the case was dismissed, Deen admitted in a deposition that she had used racial slurs on occasion, sometimes more recently. As a result of this confession, Paula saw a lot of networks cutting ties with her. Places like Food Network, Walmart, and Target–who had embraced her brand before–cancelled deals. However, even though these endorsements were cancelled, Deen actually saw increased sales of her cookbooks. Although most of the criticism poised towards Paula in the past had had to do with her food, more recently she has become the butt of the joke due to her perceived racial insensitivity.

Paula Deen has had a more tumultuous personal life, but in 2004 she married Michael Groover, who was working as a tugboat captain when they first met. The two have been together ever since.

Is Paula Deen still on TV?

With all of the controversy surrounding Paula Deen, it isn’t strange to wonder if she’s still on television. Her shows on Food Network were cancelled. In 2015, she was a contestant on Dancing with the Stars. In terms of cooking shows, she has two programs, Positively Paula and Paula Deen’s Sweet Home Savannah.

Since so much of her professional life has been up in the air lately, it’s a little hard to estimate how much Paula Deen may make in a year. However, it can be roughly estimated that she’s currently making about $750,000 per year.

How much does Paula Deen make per day?

If you use her previously estimated salary as a starting point, then you can just use some basic math to calculate Paula Deen’s daily income. In a year consisting of 365 days, Deen makes about $2,050 per day.

Paula Deen has pretty much always been a more charitable spirit. Over the years, she has provided support for charitable organizations like Blessings in a Backpack, Habitat for Humanity, and the Robert F Kennedy Memorial. She also has her own charity which is dedicated to women’s rights called The Bag Lady Foundation.