Nicky Jam Net Worth 2018 – How Wealthy is the Puerto Rican Superstar? 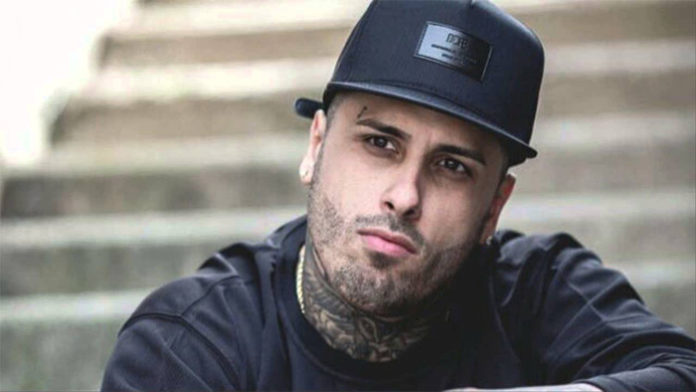 Nick Caminero- better known as Nicky Jam, is perhaps best known for his hit singles, Hasta el Amanecer and El Perdon. Growing up, his parents were not the wealthiest; in fact, to support his family, he had to work illegally at a grocery market. Having said that, music was always something that he could fall back on. As it happened, his skills were one day discovered by a music executive who had happened to witness his talents. Recognizing his potential, he signed him onto his recording label. Before long, Nicky Jam had released his first studio album, …Distinto A Los Demas in 1994, at the age of fourteen.

Since then, he has successfully made a name for himself in the music scene- with over half a dozen albums to his name; his days of bagging groceries are now nothing but the past. Nowadays, it’s estimated that his net worth is well in the hundreds of thousands.

Let’s take a closer look to see how he has accumulated his wealth over the years.

How did Nicky Jam Make His Money and Wealth? 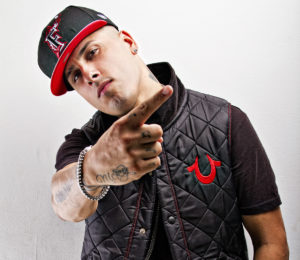 Born on March 17, 1981, Nicky Jam (Birth Name: Nick Rivera Caminero) has been interested in music ever since his youth; he was especially fond of Reggaeton. Growing up in Barrio Obrero, Puerto Rico, his family did not have a lot of money. To help put food on the table, he started to work illegally as a minor in his early teens, bagging groceries at a local store. Despite the financial difficulties that they faced, he never dropped his passion for music.

Before long, he started to record his own mix tapes in the early 90’s. As one thing led to another, his talents were eventually discovered by an A&R; noticing the potential talent in his work, he subsequently signed the teen onto the label. Thus, at the age of fourteen, Nicky Jam released his first studio album.

After another album release in 2001, the singer-songwriter dropped his third album, Salon de La Fama in the summer of 2003. His most successful record at the time, it peaked at number sixty nine on the US Top Latin Albums Chart shortly after its release. Following that, Nicky Jam came out with his fourth full length album entitled, Vida Escante in 2004. A considerable hit compared to his earlier endeavors, it peaked at number twenty three on the Top Latins Albums Chart, number four on the Tropical Albums Chart and at number forty one on the US Heatseekers Chart.

In December of 2007, Nicky Jam released his next piece of work, The Black Carpet. Featuring fourteen new songs, it peaked at number two on the Latin Rhythm Albums Chart and at number twenty four on the Top Latins Albums Chart. Additionally, it also spawned the single, Gas Pela, which reached number forty five on the US Hot Latin Songs Chart.

Despite all of the progress that he has made up to this point, it wasn’t until the 2010’s that his fortune started to exponentially increase. In 2015, Nicky Jam collaborated with fellow artist Enrique Iglesias in the hit single, El Perdon. One of his most well recognized piece of works to this date, it topped multiple record charts including the US Hot Latins Song Chart, and those in France, Spain and Italy. To add to that, it also became his first song to chart on the US Billboard Hot 100, where it settled at number sixty five. Since then, the single has been certified Gold and Multi-Platinum in several different countries. According to various sources, it is said that the single had yielded him close to $30,000 in royalties.

The following year, Nicky Jam hit it big again with the single, Hasta el Amanecer. His best-selling solo effort to date, it peaked at number seventy three on the Billboard 200. Additionally, it also reached the top of the US Hot Latin Songs Chart, and number four on the US Tropical Albums Chart. Outside of the United States, it also charted in Columbia, France, Italy and Spain. Since its release, Hasta el Amanecer has been certified double platinum in Spain. As far as earnings go, the title had reportedly yielded him $39,000 in sales alone.

Most recently in January of 2017, he came out with his best-selling album to date, Fenix. Overseas, the album also sold thousands of copies in various other countries such as Canada, Belgium, Spain, France, and Switzerland. Considering that, it wouldn’t be surprising if it added another tens of thousands to Nicky Jam’s growing net worth. 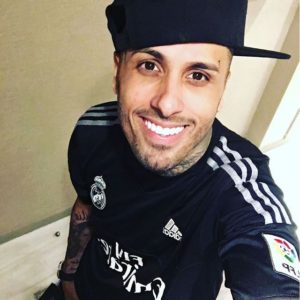 Of course, Nicky Jam has also earned thousands upon thousands through the many concert tours that he’s embarked on throughout his career. For example in 2015, he hit the roads for an European Tour that brought him on the stages of various venues in Barcelona, Paris, Rome and Milan. Speaking of which, the singer-songwriter also has several tour dates coming up in May which will take place in several cities in Mexico.

Like most artists, he has worked alongside many other musicians such as Hector & Tito, Enrique Iglesias, Daddy Yankee, K.M. & Ken-Y., Magnate & Valentino, and Lito & Polaco.

Speaking of television and film, Nicky Jam’s music has also been featured in a handful of shows such as Tu cara me suena – Argentina (2015), Tu cara me suena (2015), and Pasapalabra (2017). These appearances would have also undoubtedly yielded him a fair amount of change.

Like many celebrities, he has also worked with various companies in several endorsement deals over the years. So far, it’s said that approximately $53k of his net worth has come from his earnings from sponsors.

The artist has always been a relatively private person, therefore it’s unknown who he was in a relationship with previously.

Does Nicky Jam Have Any Children?

Yes, Nicky Jam has four children- although the mother has never been revealed. Likewise, details about his children are also unknown, although they often make guest appearances on his Instagram. Having said that, it’s known that his daughter has been taught how to sing and has sung one of his songs in the past.

Where Did Nicky Jam Go to College?

Nicky Jam did not go to college. After high school, he presumably delve head first into his music career.

According to sources, his current stage name “Nicky Jam” was given to him jokingly by a homeless man- “Nicky” presumably being a nickname to his given name, “Nick”. It’s obvious that the moniker has stuck with him all these years as he’s chosen to use it as his professional name.

Where Does Nicky Jam Live? Pictures of Nicky Jam’s House

As previously mentioned, Nicky Jam is a relatively private person. As such, his current residence has never been released to the public. Having said that, it’s probably fair to say that he lives comfortably in a sizable home. Unfortunately, we do not have any pictures of his home to share at this time.

What Kind of Car Does Nicky Jam Drive?

It’s said that he has a white Lamborghini (he has been seen driving one), although this has never been 100% confirmed.

One of the most popular reggae artists in the 2010’s, he has accumulated a considerable amount of industry awards including three Latin American Music Awards (e.g. Favorite Streaming Song, Favorite Collaboration, Song of the Year), a Premios Tu Mundo Award (e.g. Party Starting Song), a Latin Grammy (e.g. Best Urban Performance), two Lo Nuestro Awarads (e.g. Urban Song of the Year, Collaboration of the year), and an iHeartRadio Music Award (e.g. Latin Artist of the Year).

The music video for his best known song, Hasta el Amanecer had been viewed more than a billion times within three weeks of its original upload.

Overcoming his Past Drug Habits

At one point, Nicky Jam heavily used drugs. According to the star himself, “[he] had too much money and didn’t know how to deal”. Shortly after he picked up his new habit, he was criticized by Daddy Yankee; this led Nicky to write a diss song about his former mentor. Luckily, he was able to overcome his drug habits after moving to Columbia for work in the late 2007.

From there, he eventually made a big comeback in the 2010’s, as we have all witnessed.