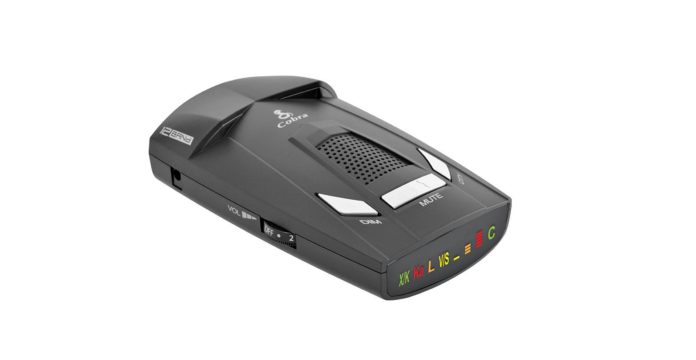 I have been having a great time with this series of reviews. Radar detectors may have been around for a few decades, but they are fresh for me. The research and testing is fulfilling, and I am learning a lot about this whole section of the industry. For example, the core tech behind these things has remained unchanged for the last 25 years. It’s why the likes of the V1 have remained as is for so long. The key thing you are buying is software. So I come to the Cobra ESR 800, and I can tell you, you’d be hard pressed to find a radar detector on the market at the moment that embodies the importance of good software on top of the hardware. Not to say that it is a bad product, for the right kind of person it is perfect, especially when we look at the price, but in general you might find yourself wanting to spend a little more simply to do away with the annoyance that comes with owning the Cobra ESR 800.

The ESR 800 is a bargain basement model of radar detector. The hardware is near as good as any other on the market, able to pick up the right set of frequencies over a similar range, but it has zero bells and whistles attached to it. Cobra sell a nice range of models right now, and most of them come with the feature set that i call essential, but not this one. Hell, a look through their site will not yield much information on the ESR 800, you have to get it on Amazon or eBay.

I hate these opening paragraphs to be honest. I have to hint at issues instead of flat out saying what they are, so let’s move onto the review proper.

I have a tendency to start with what i consider the least important aspect of the product. The look of the build. The aesthetics can tell us a lot about the people who make the product. The ESR800 is sleek looking, I have to give it props in the design department, but the LED display is a little old hat, and once you get the thing in your hands you will be a touch disappointed by it. It’s a little on the light side, and I prefer a nice amount of heft to my electronics. The Mute button is large, which is nice, but there is no auxiliary mute switch on the charger cable, like what you might see on the Escort builds, so hitting the button can be a little cumbersome, if not outright dangerous.

This may sound like an overestimation, but I consider what sound the detector makes to be extremely important. I have heard some ear grinding sounds come out of a few of these detectors, and while the ESR 800 is one of the more annoying ones, it is not the most annoying one, which is a touch on the surprising side, when looking at the price.  The mounting bracket is not the most advanced on the market either, but it does the job, and I don’t think you need to worry about it coming loose. It’s just a basic suction cup too, so over rougher terrain you might need to be wary.

Now we come to the point in the review where I get the downsides out of the way. With the ESR 800 there are a a fair few, when you compare it to what else is out there. There is no phone integration, I personally see this as the biggest black mark. Even the V1 has phone integration these days, though it might be through a third party app and a separately bought cable, it is still there. Being able to augment the features of the ESR 800 with a smart phone app would increase the versatility of the build immensely. The range is far from amazing. On average you are looking at half a mile of warning. This might sound fine, but it will be less so when you get one, so bear it in mind.This is a single sensor build too, so it cannot detect rear signals, except through radar bouncing, and that is a bit of a stretch. There is little in the way of smart filtering as well. So if you drive past a shop with automatic doors, or get too close to the that nice new car in front of you that has parking detection it will go off. A better algorithm, or phone integration, would do away with these issues, but as it stands we are stuck with them.

Now, the good features. It works. I wish there was more I could put here, but what can you do. It can detect laser and radar signals, and for most folk at a range that is useful. When you look at the price of the build that really is enough.

The ESR 800 is as legacy as it gets. So out of date these days that Cobra don’t even list the thing on their own site. I found that a bit strange, but I can sort of see why. It isn’t perfectly compatible with heir iRadar app, no real integration to speak of. But I would be remiss if I did not recommend you get it anyway. The iRadar app is near on par with the Escort app, and when you add the feature list found in said app to the core features here you can get some fairly decent coverage no matter where you are driving. It would be nice to see Bluetooth here, and real time ESR 800 updates, but even without that the iRadar still updates you with information from all the other Cobra drivers on the road, letting you know about trouble spots and false positives miles ahead of time. It grants you an extra layer of peace of mind, so when you hit mute, you know it’s safe to ignore.

So to recap. The look of the build is wonderful, there are a number of more expensive builds out there that look less than stellar. The feel of the build leaves me wanting, the case is sturdy, but the relative lightness makes me fear breakages. The mute button could be better placed, but that is true of the vast majority of radar detectors out there. The alert sound is fine, far from the most ear splitting. There is a bit of a dearth of features, but the features it does work quite well.

I have been dancing around this point a little. There are a number of things you can’t just come out and say when you are talking about radar detectors. I mean, we all know what they are used for. Knowing the law is the best defense in my opinion, so I went ahead and looked up all the necessary things for you, so you don’t have to. If you are an international reader, know that these things are pretty much illegal every where else in the world. You can’t even drive into Canada with one, they have laws against them too, so be careful around the borders. Within the US there are a number of interesting restrictions in place. If you live in DC or Virginia you cannot own one, at all. The same is true on US Military bases. Minnesota and California have laws against putting anything on your windshield, but do not outlaw detector use in general. For the rest of us you are covered by the 1934 Communications Act. So long as you are not in a commercial vehicle you can detect away. Remember that no matter the jurisdiction Radar jammers are illegal, though laser jammers are not for some reason. Know he law folks, and please be careful out there.

Now we come to the price, and it is here that the Cobra series as a whole shines. The ESR 800 might be a little lacking in the feature department, the fact that you can pick one up for a little over $40 more than makes up for the incessant false positives.

Update: Amazon.com currently has the unit on sale. You can click here to get the lowest discounted price at Amazon.com

It must be noted here that you cannot find this on the Cobra site., it seems to me that the model has been discontinued by them,. so we are looking at a reduction in support. Look on eBay or Amazon if you want to see prices in the range I specified. you can shop around if you like, but I have not found any other site that matches that price, though you may end up with  a retail warranty, which might be well worth the added expense.

As I mentioned before, I cannot find this model on the official Cobra site, and that does not bode well for those of use who care about long term warranties. It seems to me thee days that so few products come with a warranty that is worth anything. Well, mattresses come with great warranties, but the Cobra core warranty is fairly robust. it covers the first owner for any and all manufacturer defects, and as far as I am concerned a sensor breaking within a year of normal use falls into that category. Whether or not an Amazon bought ESR 800 counts with their warranty is beyond me, but I would er on the side of no.

This was never going to live up to the competition in the traditional areas. It is a little too feature light, a little too short ranged, and a little too noisy. It is far from my favorite build, but I can see use here. The price alone makes it worth considering. You know the downsides, and if they are not too off putting you should consider buying the ESR 800. If you are looking to dip a toe in the world of radar detectors then this is an excellent first purchase. Just know what you are buying, and you will not be disappointed.

To take advantage of the current discounts available at Amazon.com automatically click here.