Skullduggery Update – What Happened After The Profit

Skullduggery Before The Profit

Skullduggery is a toy manufacturer based out of Anaheim, California. It was a fossil replica maker until it was bought out by Pete Koehl the third in 1987.  His sons, named Steve and Peter, run the business while their father owns it. Steve and Peter had a larger concept for the company and expanded it into making toys such as race cars, helicopters, and Paint kits. They lost $50,000 last year even though they hit a sales number of $1.5 million. Instead of testing new products out like a normal toy company, they just launch new products without knowing if they would sell. Marcus was ready to help them get to profitability.

Skullduggery on The Profit 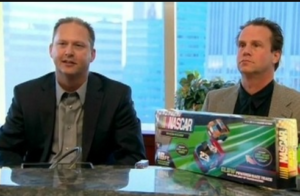 Marcus believed that Skullduggery was capable of making millions of dollars in profit for him. He walked into the warehouse where he saw people making toys and fossil replicas lining the walls. He walked up to Peter Koehl, who is the vice president of the company. He was also in charge of operations and logistics. Peter’s brother, Steven, was the president of Skullduggery. He introduced himself to Marcus as the boss. Steven told Marcus that he was the designer of the toys, and he also ran the day-to-day activities of the business. Marcus asked what percent of the company was the fossil replica section. Steven told him that it was less than 10% of their sales.

Next, Peter showed Marcus their racing cars which had two LED lights in them and left traces of the path on the glow-in-the-dark track. Marcus asked what their favorite toy was, and Steven cited a game called Aero Flix which did poorly in the market. Marcus attempted to play it but said that it wasn’t fun at all. Steven admitted that they didn’t do any market testing or focus group with kids. He thought that he didn’t need to focus group since he had 20 years of experience with toys.

Marcus was then shown the assembly line. Marcus picked up one of the toy cars, and asked who manufactured it and how much it costs to make. Steven told him that they had a manufacturer in Tuscan and each car costs $1.19 to make. He admitted that their margin was only $.12. Marcus thought that they could take 10% off the cost if their manufacturing was more efficient.

The brothers told Marcus that their sales had dropped 10% from the last year. Steven explains that they would lose $50,000 that year. He continued, saying that they had $800,000 in debt. The debt was accrued on failed toy concepts. Peter explained that they overbought on their game Aero Flixx when they got into Toys “R” Us since they thought it would fly out the door. Marcus asked what kept the brothers up at night, and Steven replied that he loved his job. Marcus was concerned since it was a $1.5 million business that had no profit. Peter was a little bit more worried.

Marcus looked at the books. He discovered that they had $1.1 million in debt, not the $800,000 that he was originally cited. They also had $200,000 in payables. Marcus asked why he should invest in Skullduggery instead of another toy business. Steven insisted that they were organized and efficient with what they do. They are ready to take the next step to being successful. Marcus offered to give them $2.1 million to pay off debt and for working capital in exchange for 50% of the business. Steven told him no. He was insulted, saying that he didn’t want to give up his name on the business. Steven told him that he would rather be in more debt than have Marcus running his company. Both of them walked away from the table.

Marcus offered to give them $2.1 million to pay off debt and for working capital in exchange for 50% of the business. Steven told him no. He was insulted, saying that he didn’t want to give up his name on the business. Steven told him that he would rather be in more debt than have Marcus running his company. Both of them walked away from the table.

Marcus thought that the brothers were not acting professionally. He got them to come back to the table. Steven offered Marcus 20% for the $2.2 million. Marcus said no, looking incredulous. Steven tries to say that the company was worth more than Marcus was giving it credit for, but Marcus pointed out all of the recent losses and the amount of debt that the company was in. Marcus said that a good compromise would be for him to pay off all the existing debt in exchange for 30% of the business. In that case, he would not give them the working capital.

Steven and Peter agreed that it was a good idea. Marcus asked if they need to check with their father, but Steven said it wasn’t necessary. Marcus wrote out a $1.1 million check. Marcus called a meeting with all of the employees and told them that he was investing in the business and becoming a co-owner. He continued, explaining that they would be narrowing the products that they put out based on the ones that sell. Marcus said that he also wanted to get Skullduggery into the big box stores. He went to get as toy lab where they could bounce ideas off each other and come up with more car-oriented products. He also wanted to get feedback from people via focus groups and research.

The first thing they did was have a focus group with Skullduggery’s current toys. Marcus asked a group of girls about the Aero Flixx. One of the girls said that it was kind of confusing, and Peter rudely interrupted asking her if she knew how to read. Other kids said that they liked the Tracer Racers. Marcus asked the parents what they thought. The parents gave feedback like they wish it was already put together, and that they’d seen all the toys in other areas already. Steve interrupted one of the parents and said that they had a patent on the Tracer Racers. Marcus stared at him, and in an aside told the camera that his behavior was unacceptable.

Marcus looked frustrated. He told Steven that since they didn’t have the money to get on TV or do print ads, he was trying to do the next best thing. In the next scene, Marcus was attempting to get rid of all of the Aero Flixx boxes that were taking up space in the warehouse. Steven caught him doing it, and try to tell him that he just got an order for all of it. Marcus wasn’t buying it. Marcus informed him that he already sold it to the dollar store, as well as the casting molds.

They went to meet Steve Phelps who was the CMO of NASCAR. Steve Phelps asked them what Skullduggery could bring that would enhance the NASCAR brand. Steven, the president of Skullduggery, laughed in his face and asked how NASCAR would be good for Skullduggery. Marcus did not look amused. Steve Phelps explained that they were trying to market to a younger audience especially in the S.T.E.M. fields. Steven brought up the fact that he’d gone to Toys “R” Us and Walgreens who expressed a disinterest in NASCAR products. To the camera, Marcus said that he was mortified. Marcus stepped in and told Steve that Skullduggery produced educational products, and they just need a shot to produce a product that would meet his expectations.

Once they get out of the business meeting, Marcus exploded. He told them that he didn’t operate by asking businesses why they should do business with them, and explained that their behavior was a reflection of him. Next, Marcus bought a high-end 3-D printer from purple platypus. The toy lab that Marcus wanted to build was over hundred thousand dollars, but he thought that it would help him build revenue. Marcus is very pleased with the final results of the toy lab. He met with Steven and Peter to see if they had come up with any ideas for the NASCAR toys, but they hadn’t even drawn out a sketch.

Steven refused to admit that he dropped the ball on making the NASCAR toy. Marcus walked out the room. Steven called Marcus to try and set up a meeting to find out exactly where they stand. They set up a meeting to have Marcus meet their father, who was the owner of Skullduggery. Their father said that he would’ve done the deal differently so that Skullduggery could still be in charge of its own destiny. Marcus went on to explain why he wanted to control the financials. He wanted to make sure that he didn’t lose any more money on the business. The family said that the ultimate veto power was too hard to take. Marcus informed them that if the deal points weren’t agreed to, then the deal was off. Marcus decided that he was going to walk away having spent $100,000 instead of doing a deal with them.

Skullduggery Now in 2018 – The After ‘The Profit’ Update 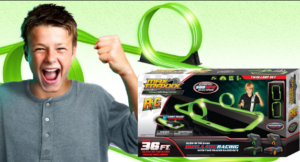 Steven and Peter’s pride ended up costing them the deal with Marcus Lemonis. Marcus had lost over $100,000 on the business, but he was able to return the 3-D printer he bought skulduggery which ran him $240,000. It looks like skulduggery is still in operation. They won the platinum toy award at the Oppenheimer awards the past four years. They are still selling the tracer racers as well as the fossil replicas, and the cast molding kits. If you wanted to look at the toys yourself, you can do so by clicking here