Vitaly Zdorovetskiy Net Worth – How Rich is the Star of VitalyzdTv Now? 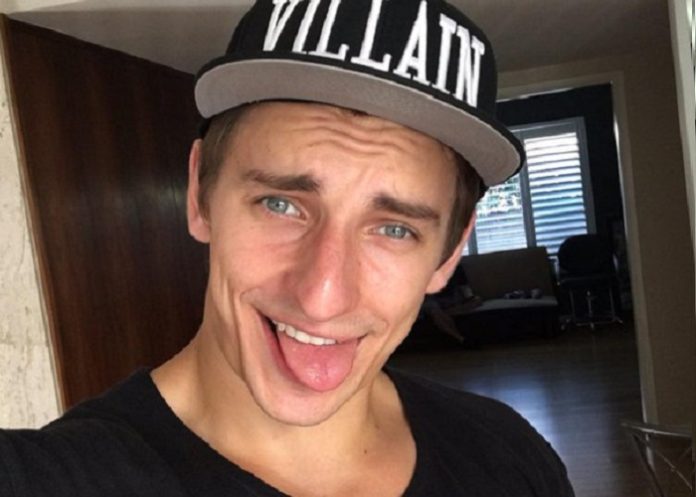 Vitaly Zdorovetskiy, or VitalyzdTv as he’s known to his millions of fans is a successful internet star who rose to fame through his crazy pranks and outrageous stunts. Prank channels are common on Youtube now in 2018, and whether you love them or hate them, it’s due to Vitaly’s early success with the genre that is at least partly responsible for the huge number of pranksters that are around these days. VitalyzdTv was the biggest and most successful channel centered around pranks that first became popular with millions on Youtube His success, and the riches he gained from his popularity have inspired countless others to attempt to do the same thing, by essentially annoying people to entertain others. But how much has the Natural Born Prankster earned from his exploits? How much of that has he had to spend on legal costs and fines? And how does the king of pranks spend his time when he’s not entertaining his fans with his latest crazy stunt? Read on to find out.

How Did Vitaly Zdorovetskiy Make His Money & Wealth?

You either love prank channels, or you don’t, there’s not really any middle ground, and the same goes for Vitaly. He has had run-ins with the police several times as a result of his pranks, but no-one can deny that he’s committed to his work, and to being as entertaining as possible for his fans. His popularity proves that even though there are plenty of people ready to criticize him and other pranksters, there are also millions who just love what he does.

Vitaly was born in Murmansk, Russia on March 8th 1992 and was raised in Odessa, in Ukraine until his family emigrated to Lake Worth, Florida when he was aged 7. Vitaly was interested in becoming a professional skateboarder initially, and he practised his skills during most of his free time, but unfortunately he never managed to attract any sponsors and picked up several injuries, which was what led him to turn to Youtube. Vitaly had always been a joker and was known as a class clown at Park Vista Community High School in Lake Worth, so his grandmother bought him a camera so he could film some of his antics, which naturally led to him opening a Youtube channel in August 2011.

Vitaly uploaded his first video, ‘Disturbing the peace’ a few days later and even though his budget was nothing in those days, his sense of humor and interactions with others were essentially the same as they are now. Vitaly has an ‘In your face’ style of humor, but he’s never malicious with it, and generally he raises a smile from those he plays pranks on. Of course there are always those who fail to see the funny side, and Vitaly loves to push things as far as he can, even though he sometimes pushes the wrong people just a little too far. But his fans will tell you, that’s exactly what his appeal is all about, and that’s what has made him so successful.

Vitaly continued with several more episodes of ‘Disturbing the peace’, and a few other pranks, such as portraying a Russian Hitman, pretending to fight his boyfriend in a fast-food restaurant and a ‘How to pick up girls’ series, which I don’t recommend if you actually want advice on picking up girls, although Vitaly’s confidence and charm actually seemed to work occasionally, no matter how strangely he acted. His first big success on Youtube came in May 2012 with his ‘Miami Zombie Attack Prank’ video, where he chased terrified victims dressed as a Zombie, just a few days after a homeless man had been the victim of a ‘cannibal’ attack in the city. The video quickly went viral and received several million views. A month later Vitaly uploaded another Russian Hitman video, but this time things got seriously out of hand.

Vitaly approached a resident of Boca Raton and told him he had one minute to get away from a briefcase he had put on the side walk, the man chased Vitaly down the street and, even after being told the whole thing was a prank he still attacked Vitaly and cameraman Jonathan Venegas. Eventually the police were called and Vitaly was arrested for threatening to detonate an explosive device. Despite the legal problems he faced the publicity was great for his Youtube channel. Still in the public’s mind for being the prankster behind the Zombie stunt Vitaly’s channel grew from 100,000 to 4 million subscribers within a year, and he quickly became the most popular prankster on Youtube.

One year later Vitaly proved that his success wasn’t just about pranking people with his ‘Extreme Homeless Man Makeover’ video, where he provided a homeless man called Martin with new clothes and hotel accommodation, and helped him to successfully get a job. Martin eventually got back together with his wife and the publicity from Vitaly saw him get offers to fix his broken teeth from several dental surgeons. Fox featured the whole feel-good story on their Good Day LA program, which helped Vitaly grow even more popular.

In 2014 Vitaly took his pranks onto the World stage, and hit headlines Worldwide by staging a one-man pitch invasion at the soccer World Cup final in Brazil. Ironically, before Vitaly was released from a Brazilian jail and could upload footage of his exploits to his Youtube channel he was slightly upstaged by NBA star LeBron James, who had been at the match and uploaded footage of the incident to his Instagram account. Vitaly pulled his shirt over his head to reveal ‘Natural Born Pranksters’ written on his chest and attempted to kiss a German player, who wasn’t that amused. Vitaly soon got the intimate attention that the German had refused him however, as four security guards tackled him roughly to the floor and carried him off the field. LeBron James seemed to think that Vitaly would be roughly treated by security at the event, but Vitaly seemed in good spirits and good health when he released a selfie taken from the cell he had spent a night in.

Vitaly has made $3 million from his success on Youtube, and now in 2018 he has amassed over 9 million viewers on his channel and over 1.3 billion total views, but he also runs a second channel where he features not only his trademark pranks, but also includes far more vlogs and behind the scenes footage of his videos. These days he uploads to VitalyzdTvSecond far more often and has gained almost two million subscribers to the channel, with another 250 million total views. He features good friends and fellow pranksters Dennis Roady and Roman Atwood occasionally, and also collaborates with other Youtubers such as Logan Paul and other poplar vloggers. His success is not limited to Youtube alone either, Vitaly has over 2.4 million followers on Facebook and another 1.6 million on Instagram. His Twitter account, which is followed by over 600,000 fans features a more serious side of a character, and he frequently uses it to support other rising Youtube stars and to keep his fans aware of what he is getting up to next.

Vitaly has never married and currently lives with his mother in Los Angeles, California. He has been reported to have been dating several women in the past, but with Vitaly you can never be too sure if he’s being serious or whether it’s just a prank. Just two weeks ago he uploaded a video to his second channel called ‘I slept with Amanda Cerny’, which featured Vitaly with Amanda, another successful Youtube vlogger with 1.5 million subscribers, but it was clearly just another prank. Vitaly’s confidence and charm leaves him constantly bombarded with various types of proposals from female fans on his social media sites, but exactly who he is dating right now is something he’s obviously not too keen to reveal.

How Many Times Has Vitaly Been Arrested?

Vitaly’s pranks have led to him being arrested at least five times, firstly during the Russian Hitman prank that went so wrong in 2012, again at the soccer World in Brazil in 2014, and again in May 2016 when he climbed the Hollywood sign. One month after the Hollywood stunt he streaked during the fourth game of the NBA finals between the Golden State Warriors and Cleveland Cavaliers, but somehow Vitaly never seems to get into too much trouble for his pranks. He received a small fine in Brazil and slightly larger ones for his 2016 arrests, but his stunts are essentially harmless and Vitaly never fights back when the authorities come swooping in to put an end to his antics, and as a result he has so far avoided any serious charges.

Vitaly has at times been confused by the media with Ukrainian prankster Vitalii Sediuk, who likewise performs extreme stunts, but without any of the good humor and charm that Vitaly Zdorovetskiy possesses in abundance. The other Vitalii has made a habit of basically assaulting celebrities such as Madonna, Will Smith, Adele and Brad Pitt, who felt the need to get a restraining order against him. As a result Vitalii Sediuk has enjoyed none of VitalyzdTv’s success, instead receiving several suspended sentences, medial evaluations and much negative attention in the press, which proves that Vitaly may be just a prankster, but it takes a lot of work and a good knowledge of exactly how far you can push people, to be successful in the pranking game without getting into serious trouble with the law

Vitaly still uploads frequently to Youtube and all of his other successful social media accounts, which earns him additional income from occasional endorsements, and he has also begun to expand into full-length films featuring his outrageous stunts. He starred in ‘Pain & Gain’ in 2013, ‘Hard Right’ in 2014 and in 2016 he released ‘Natural Born Pranksters’, which featured the usual Vitaly pranks and also co-starred fellow Youtube pranksters Roman Atwood and Dennis Roady. The joint appeal of the three, and their undeniable on-screen chemistry has seen the film meet generally favorable reviews, with several critics describing it as the ‘next generation of Jackass’. The film can be streamed online for just a few dollars and Vitaly’s share of the profits is believed to be several hundred thousand from that project alone. In total Vitaly’s annual income in 2017 is likely to be in the region of $700,000.

Vitaly’s ‘Extreme Homeless Man Makeover’ video was an enormous success, and many of his former critics saw Vitaly in a fresh light after the media attention that the video received. The positive results of the video for Martin, the benefactor of the video was widely praised by homeless charities, and helped bring more more media attention to the problem of homelessness, a cause that Vitaly has been only too happy to promote on his social media accounts. He has also promoted several other charitable causes to his millions of fans, including the The Teddy Ball charity Event held in San Diego that helps raise funds for sick and needy children. Vitaly may be a prankster, but at heart he’s also a pretty good guy, as any of his millions of fans will be only to happy to tell you.