The Arena Update- What Happened After Bar Rescue 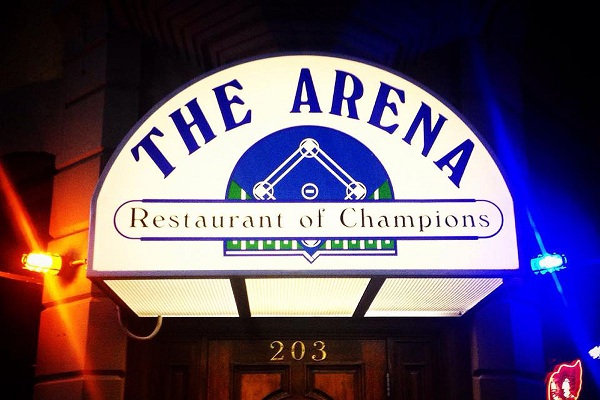 The Arena before Bar Rescue

In 2001, Mike Flore purchased a failing restaurant in downtown Ann Arbor with the intention to turn it around and use it to start his own bar. He’s always wanted to be in the restaurant and bar business, and he was a general manager of a chain restaurant for almost 10 years. The building opened up and 3 weeks later, they were renovating. Mike says that his lips are chapped from the years of corporate behind-kissing, but now he doesn’t have to kiss anyone’s butt but his own. Business quickly flourished as The Arena began to attract the young hip Ann Arbor college crowd, and The Arena was making more than $150,000 a month.

After nine years of continued success, new bars emerged all over downtown Ann Arbor, poaching many of The Arena’s frequent customers. There are new, shiny places out there, and Mike failed to adapt the bar scene. He continued to lose customers, and one of the servers say that he failed to keep up with the repairs and renovations. The Arena definitely feels outdated and stale, and the food menu does not represent the city of Ann Arbor well. Business declined and Mike took out his frustrations on his staff and restaurant.

One of the managers of The Arena admits that Mike is abrasive and even scary at times. Not only does he own the bar, but sometimes the employees feel like they own him, and that’s not a good feeling. Mike is probably the most difficult person to work with, another server says, and in a video clip, Mike admits he is willing to choke one person out a shift. Now losing $10,000, Mike has agreed to call in Jon Taffer to help fix his rundown bar and his million dollar debt.

The Arena on Bar Rescue

Jon and his car of two experts pull up to the front of The Arena, and Jon reveals the stats; Ann Arbor is one of the most important college towns in the United States. With over a half million alumni, more than 73,000 people come to the university campus of the University of Michigan every day, making the connection with the college population that much more important. For the bar, Jon brings in veteran mixologist Andrew Venjohn, who has vast experience operating bars for 12 years across the United States. All the college and rental homes surround the car on their way in, and expert chef Ryan Scott agrees.

The Arena sits sad and lonely on a prime corner location – the other bars in the middle of the block are packed busy, but The Arena is nearly empty. It looks very dated, old, and even appears closed. The awning says ‘The Arena; Restaurant of Champions.” Jon says that his eyes move to the left, where an awning also says “& Pub.” Two people enter into The Arena, where Jon and his experts watch from the car. Mike has owned the bar for 14 years and is $1 million in debt and losing $10,000 a month.

Jen, Mike’s wife and a bartender, is seen praising herself as “the best bartender ever.” One of the bartenders, Brittany, then says that they do not have a menu of shots, and her pouring is very rough. Mike jokingly says to the crowd that the fruit is where the hangover comes from. Brittany then offers to light alcohol on fire for the tiny crowd, who beg her not to. Brittany actually spilled some of the drink on the countertop, and the flaming drink is told to be served out by the customer. Brittany creates more and more pyrotechnics, displeasing the crowd and making them very uncomfortable. Jon then sends in his three spies, who are University of Michigan students.

The spies enter the 4,600 square foot sports bar grossing $19 per square foot, $31 less per square foot than the required break-even point. Lauren immediately perks up when the three enter the bar, and the bar is very run-down and ragged; furniture is cracking and clearly worn. The three men order appetizers and a rum punch drink, which cannot be made due to a lack of simple syrup, a key ingredient. The bartenders also do not know what the ingredients are of a Rum Runner, so they Google the recipe. This shows that there is not a lot of training on what they know for drinks.

The alcohol drinks are all very sour and disgusting, and the table is told that they need to pick a different drink than the Rum Runner. The kitchen is piled up, and Vinny, the actual manager, stands in the kitchen until being scared out by Mike. Mike presents himself as intimidating and scary, and Jon’s experts agree that he is not the guy they would look to for help. Chef Jimmy works on preparing the appetizers for the group, and their steak tips are undercooked and too rare. Mike approaches the table and asks how the steak bites were, and the group is hesitant to answer. Mike simply walks away without giving a response, and one of the men says that he felt like Mike gave him the glare of death.

The kitchen is visibly frustrated and Mike is upset. Mike takes the plate out to the group of men and simply says, “Here.” Every time he walks away from a table or a person, he has something to say that degrades the customer or the employee. Mike, in Jon’s terms, is just a dick. The new steak bites are horrible, and Mike is frustrated by the table complaining about the steak bites being undercooked. Jon storms into the restaurant to set Mike in place, and immediately gets in a yelling match and reveals that Mike is the reason that his bar is failing.

The bar is eventually renovated and temporarily closed down, so the staff is taken to other locations to train. Chef Jimmy trains to become more gourmet and refine his culinary expertise, and the drink menu is refined with drinks like “The Big House,” which is a reference to the stadium of the University of Michigan, and “The Wolverine,” which is also a reference to the mascot of the University of Michigan teams. The bar menu is refined to include a signature meal that consists of some pasta, crunchy ravioli, and big meatballs.

The Arena is still named “The Arena,” but rather than being “the bar for champions,” it is now just “The Arena sports bar.” The inside has been totally revamped to be a more comfortable sports bar – the brand was not the issue, but rather the attitude and energy. The icon consists of the iconic maize and blue team colors. The inside features numerous televisions and fixtures that amplify The Arena branding, and televisions have been installed into every booth. A projector even shows numerous Michigan games, and Michigan paraphernalia is strewn throughout the sports bar.

The future of The Arena is currently in question, as Mike was sentenced for up to five years in prison on Wednesday, July 13 of 2016. Since their appearance on the 2015 episode of Bar Rescue, The Arena has been rebranded to open as “The Curtain Call,” which happened in late 2015. The Curtain Call is still open with a solid 4.9 star review across 52 reviews on facebook, and a 4 star rating across 20 reviews on Yelp. Most reviewers rate The Curtain Call as a 2-star cost out of 4 star cost, meaning it is a little pricer.