Silento Net Worth 2018 – How Wealthy is the Rapper Now? 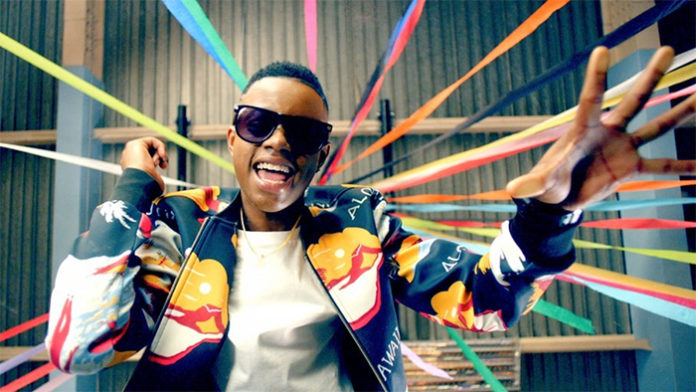 American rapper Silento broke into the hip hop world with his debut single, Watch Me (Whip/Nae Nae) in 2015. Born and raised in Atlanta, Georgia, the teen got involved in music after joining a group in eighth grade. From there, he eventually began performing at school events and birthday parties.

Devoting his time to music, he spent endless hours at the studio- and his hard work eventually paid off. In early 2015, Silento received a breakthrough with the hit song, which ended up garnering over 2.5 million hits within just a week. Shortly afterwards, the aspiring artist was offered a record deal with Capitol Records; the label later re-released the song as his debut single.

Since then, Silento has continued to impress fans with his beats. A multi-platinum selling artist, he eventually dropped his second single, Get Em in 2016. Aside from his solo works, the rapper has also collaborated with many other names in the rap world including Dawn Sophia Grace, and Marcus & Martinus, to name a few.

Currently it is estimated that the 19-year-old has a net worth of $1 million. Where did the bulk of this amount come from? Aside from what he makes from record sales, does he have any other money-making endeavours that we should know about? Let’s try to answer these questions below.

How did Silento Make His Money & Wealth? 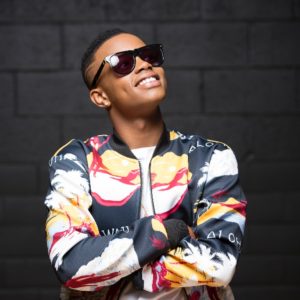 Born on January 22, 1998 in Atlanta, Georgia, Silento (Real Name; Ricky Lamar Hawk) grew up listening to music; some of his greatest inspirations include Future, Ciara, User, and Mariah Carey. As a teen, he had another passion- basketball. For many years, he spent what seemed like endless hours at the court. It wasn’t until he was transitioning to high school in the early 2010’s, that he began placing a greater emphasis on music.

According to one interview, that was when he started to feel reluctant about heading to basketball practice. Ultimately by the time he was in tenth grade, he’d quit the sport. Instead, Silento had gotten involved with a music group at the time. From there, he started to pen his own lyrics, and beats. Before long, he was performing at school events, and birthday parties in the neighbourhood.

In early 2015, he independently released a song that he had recorded earlier titled, Watch Me. Inspired by the wave of dance videos in reference to the nae nae, whip dance, and stank leg, the single was nothing short of a smash hit. Produced by Bola de Producer, it quickly gained more than 2.5 million streams online, within a week of being uploaded onto Youtube. As of July 2017, it has been viewed over 78.4 million times on his channel.

Before long, millions of people around the world were dancing to his song on social media. More successful than he had ever imagined, Watch Me later peaked at number 19 on the Billboard Hot R&B Songs chart and at number 86 on the US Hot 100 chart. With his rise to fame, Silento was eventually offered a music deal with the Los Angles-based recording label, Capitol Records.

Soon afterward it was re-released through the imprint, along with an accompanying music video. Supported by its initial popularity, the single reached number three on the Billboard Hot 100, where it ultimately stayed for six non-consecutive weeks; in total, it had remained within the top ten for eighteen weeks.

A massive hit, it eventually peaked at number two on the Billboard Hot R&B and Hip Hop Songs chart, and number three on the Billboard Rhythmic chart; it later also landed a spot on the US Dance/Mix Show Airplay, US Latin Airplay, Mainstream Top 40, and Latin Pop Song charts. Outside of the United States, Watch Me also found success in several other countries including Canada, New Zealand, the Netherlands, Italy, Germany, Australia, and Belgium, to name a few.

To date, its music video has surpassed 1.34 billion views on Silento’s VEVO page, making it the 33rd most-watched video on Youtube.

Following his breakthrough success, Silento dropped his second single titled, Get Em in March 18 2016. Another collaboration with Bolo Da Producer, the track was uploaded onto his Youtube Channel on January 22, 2016. While it didn’t receive the same level of attention per se, it still garnered many praises from fans; so far, the song has been played over 100K times on Youtube.

Besides his solo efforts, the Atlanta rapper has been featured in several works over the past couple of years. In 2015, he teamed up with Sunny for the song, Lightning in a Bottle, after which he worked with Dawn on the hit dance track, Dessert. Technically his first record (as Watch Me wasn’t released until later that year), the single ended up reaching number 68 on the US Hot 100 and number 5 on the Top Dance/Electronic record charts. Outside of the US, it also charted in Denmark, New Zealand, and Australia.

Since then, Silento has also made guest appearances in Sophia Grace’s Girl in the Mirror, PUNCH’s Spotlight, ELS’ Slide, and Marcus & Martinus’ Like It Like It.

A rising artist with millions of fans worldwide, the 19-year-old has performed on stage numerous times since his debut in 2015. As it is with performers, he’d receive a decent pay for each time that he hits the stage. Just last year, he went on a concert tour during which he entertained crowds at numerous cities across the globe, from Washington D.C., to Zurich, Switzerland. Back in 2015- the year of his debut, he had also performed over a dozen dates in the United States.

As far as recent shows go, Silento performed three dates so far in 2017- in Florida, South Carolina, and Georgia. At the moment, it doesn’t look like he has any upcoming concerts planned for later this year- but of course, that’s always subject to change.

Obviously, most of his income comes from his rap career. But does he have any other streams of revenue? The answer is- yes. On Youtube, Silento has amassed over 254K subscribers on his channel, since it was first created in January 2015; in total, he has received more than 88 million lifetime views. As you probably already know, Youtubers are able to earn money from their videos through the site’s partnership program. By displaying ads on their content, users are able to earn upwards of $5 per 1,000 monetized views.

How much has Silento earned from his Youtube Channel? Let’s take a look. Assuming that he receives at least $2/1,000 views and that 40% of his total view count is monetized, then he would have made roughly $70,000 from his channel so far. Not too shabby for some passive income on the side.

Speaking of Youtube, he’d also earn a cut from his official VEVO account on the site. According to sources, Vevo has a fairly stable advertising rate of $25 to $35 per 1,000 views- way higher than what the average user is able to make on Youtube. As of July 2017, the rapper’s VEVO channel has over 3.2 million subscribers and more than 1.4 billion views.

So, let’s sum it all up again. Currently, Silento has an estimated net worth of $1 million. Drawing from what we’ve said above, one thing is clear- most of this fortune was made from his records, more specifically from the breakthrough success of Watch Me (Whip/Nae Nad). Besides that however, he has a few other things going for him that help to supplement his income; these include his Youtube accounts, and concert shows.

At the rate that his popularity is soaring, it wouldn’t be surprising for his net worth to increase even further in the future.

No, the 19-year-old rapper is not married- at least not from what we know. Considering the fact that he’s never mentioned having a girlfriend, it’s presumed that he’s currently single.

It’s unknown whether or not Silento has dated anyone in the past.

Does Silento have Any Children?

No, the Watch Me star does not have any children that we know of.

Did Silento Go to College?

No, from what we can gather, Silento did not go to college- he has poured everything that he has onto his rapping career (which he first started as a teen).

Assuming that he hasn’t moved, the rapper currently resides in his hometown of Atlanta, Georgia. Unfortunately, we do not have any other information on his location, as he’s never been one to talk about his personal life. With the income that he has however, he’d presumably be able to afford a nice apartment for himself in the city.

We do not have any pictures of Silento’s house to share at this time.

What Kind of Car Does Silento Have?

At just nineteen years old, Silento is responsible for one of the greatest dance phenomenons of all time. In 2015, he dropped his debut single, Watch Me (Whip/Nae Nae), a hit that got people all over the world dancing to the song on social media. Not only did it peak at number three on the US Billboard Top 100, but it has since gone platinum five times!

Since then, the rapper has come forth with several other titles including Get Em, Dessert, Girl in the Mirror, Like It Like It, Slide, and Spotlight, most of which feature him as a guest artist. Over the last few years, his work has also been featured in several TV series and films including South Park (2015), Norm of the North (2016), and The Emoji Movie (2017).

How Much Did Silento Make Last Year?

Unfortunately, we do not have information on Silento’s 2016 income at this time.

So far this year, Silento has released two promotional singles- All About You and Young Love.