Sonny Digital Net Worth in 2018 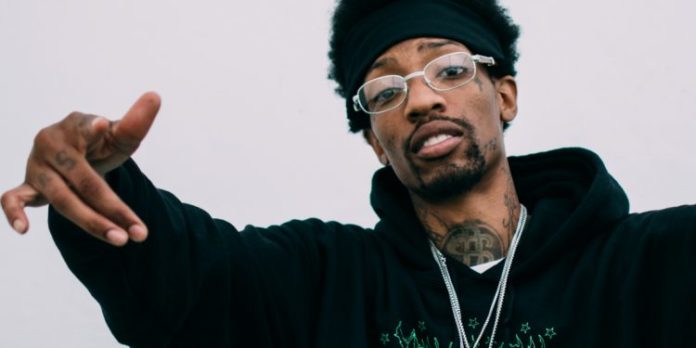 When people think about making it big in the music industry they’re usually thinking as a singer, songwriter, or musician but one of the most crucial part of the industry are the producers. Hip-hop as a genre has done the most to shine light on and popularise the role of the producer in track success and everyone agrees that one of the hottest and most talented new producer in the business is Sonny Digital. This rising star has worked the top names in the industry and is much sought-after to spin tracks into gold. Who is this mystery man and does he live up to his legend?

How Did Sonny Digital Make His Money & Wealth? 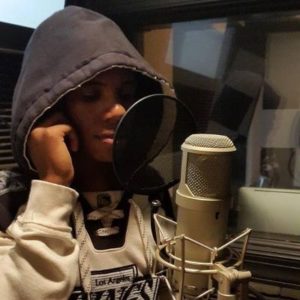 Born Sonny Corey Uwaezuoke on March 5, 1991 in Saginaw, Michigan, he was raised in Atlanta, Georgia where his affinity for music was soon apparent. Writing his own rhymes at home and rapping them at school, Sonny couldn’t get enough and by age 13, with the help of an older cousin, he was making his own beats. Music was the heart and soul of his childhood, something to focus on and inspire him, at first heavily influenced by the famous producers he idolised until he’d arrived at his own unique style. By age 16 Sonny was a member of a hip-hop group producing music for them and other local Atlanta artists, building a name and impressive resume. In 2011, his big break finally came when the rapper YC used his beats in the track ‘Racks’ which hit No. 42 on the Billboard Hot 100 and was certified gold, bringing attention back to Atlanta’s heavy tap and dance roots. Critics attributed the track’s success to Sonny’s impressive beats, bringing him industry attention as well as a long-running collaborative relationship with the rapper Future, who featured on the track. Sonny Digital had been discovered.

Sensing that the time was right, Sonny dropped his first mixtape, Digital History, in May 2011. Representative of his new production style, it featured local and rising artists he’d worked with as well as heavy-hitting names like 2 Chainz and Future. Sonny’s sound was now in demand and he produced tracks for Gorilla Zoe, dropping his second mixtape, Behind the Muzik, in late 2011 while collaborating with Future on several new tracks. Big names were becoming interested and over the next few years, he worked with industry legends Diddy, Ludacris, DJ Khaled, B.o.B., Wiz Khalifa, and Drumma Boy. Artists looking to put out a hot mixtape seemed to have him on speed dial and in 2012 he released his own rap debut track, ‘Business Man’. Sonny collaborated with 2 Chainz on the track ‘Birthday Song’ which cracked the Billboard Hot 100 at No. 49 and charted in the Top 10 in R&B and Rap charts. He went on to release his third and fourth mixtape (Forbes Atlanta, 2013 and TBA, 2016) to super-hot digital download numbers and rave critical reviews.

The past several years have seen a whirlwind of activity from Sonny, working with household industry names like Beyonce (‘TBA’, 2013), Drake (‘Tuesday’, 2014), 50 Cent (‘I’m the Man’, 2015), and Jeezy (‘Pot Life’, 2015), but it’s not all about the music. Recently, Sonny’s been quoted advocating for a producer’s union to ensure that these pivotal, talented members of the music industry are properly compensated and credited for their work, just like the singers, songwriters, and musicians. Down-playing the rappers-versus-producers angle, he argues that producers are vital and should receive the same award nominations, pay, and most importantly, respect afforded to others in the business, a view that has won him some major support. Sonny has also decried the lack of female producers in the industry and called for greater respect and gender equality in the studio. 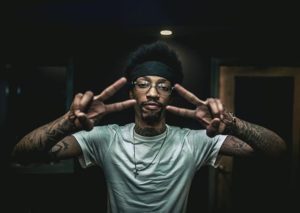 Sonny Digital is not married and not currently in a relationship (at least publicly). He’s joked about “renting a girlfriend” but has said that his lack of a relationship means that he can focus on his music 24/7. Certainly, a lot of people are curious and the question comes up a lot in interviews but Sonny plays it cool and prefers to keep his private life to himself. At 26, he’s certainly got time before settling down but that also means he’s available, so take your chances, ladies.

Some people work best in a high-energy space with a lot of people around to bounce ideas off of and provide input but not Sonny. When mixing a track for a rapper or adding his own distinct production magic, he doesn’t want the artist looking over his shoulder or bothering him. He confided to TheBoomBox.com that “making a beat with the artist in your face makes you kinda nervous, like having them on your back,” and that he maintains a rule of sobriety in the studio. An artist that comes in “too drugged-up to function” isn’t bringing their A-game to his studio and that shows a real lack of respect for both Sonny as a producer and the music they want to create together.

What are Sonny’s musical influences? 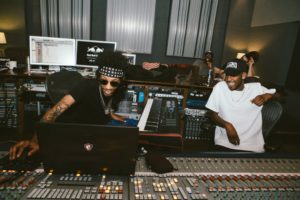 As a child, Sonny was influenced by famous producers such as Shawty Redd and Drumma Boy, crediting Shawty with creating an entirely different sound that soon became a beat mainstay. Fond of diversity, he’s always favoured sounds that weren’t mainstream, such as Andre 3000 and other experimental artists. He also maintains that there’s no specific ‘Sonny Digital sound’, that the tracks he creates have their own special creativity behind them as no one would want to boast a catalogue where every song was exactly the same. Calling for nuance in production, Sonny has criticised those who say they want a different experience and then complain when they get it, stressing that an individualistic approach to vocals, beat, and instrumentals is what builds into a truly amazing track.

What does Sonny do with his wealth? 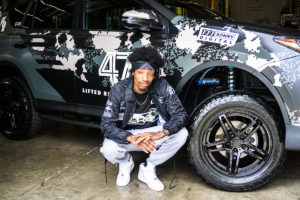 $1 million is a lot of money but wealth and success doesn’t seem to faze Sonny in the slightest. The music industry is obsessed with displays of wealth, no matter the genre, but as a producer, Sonny is more about his work and creativity than the appearance of of wealth and influence. He maintains a home studio, a room crammed with all the best cutting-edge production equipment, and has happily taken interviews there and even shown the place off on YouTube. A lover of cars, Sonny became involved with Toyota in creating a custom RAV4 in 2015, with the reveal event in Atlanta featuring his own hot set and he’s said to be still searching for his dream car. Well, even musical geniuses can enjoy a sweet ride.

The future is looking pretty fantastic for Sonny Digital. With over 326 thousand Twitter followers, 492 thousand Instagram followers, and hundreds of thousands of views and digital downloads of his music, he’s a producer riding high and rising to the occasion. In a personality-focused industry with a tendency to forget and discount the actual music-makers, Sonny is creating amazing tracks and working for the rights of producers. A long way from the kid who once sent his beats around to local rappers, he’s now a sought-after artist himself with the artistic freedom to soar.