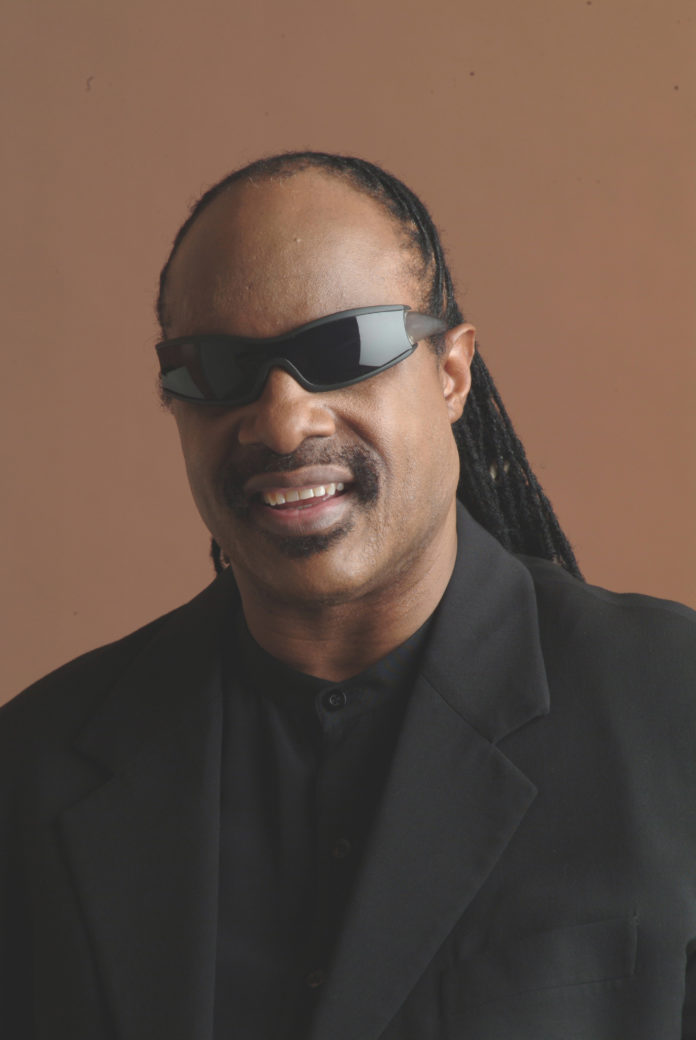 The beauty of art is that even with those who are struggling can use it touch the hearts of others. Despite going blind at a young age, legendary musician Stevie Wonder became a child music prodigy. He also accomplished the feat of carrying on his prodigious talent far into adulthood. Stevie Wonder is one of the most successful musicians in history, having sold over 100 million records and recorded countless era-defining songs. He has won a grand total of 25 Grammy Awards – the most Grammy awards for any solo artist in history.

Stevie Wonder has been playing music to massive audiences ever since being thrusted into the limelight as a child prodigy. Although he was not paid much initially, his typical paycheck was much more impressive by the time he hit young adulthood. Wonder’s career peaked in 1980s, in which he released unforgettable hits such as “We Are the World and “I Just Called to Say I Love You”. These songs not only made him rich, but permanently carved his name into the history of music.

Today, Stevie Wonder remains one of the most highly regarded musicians on the planet. His legacy and talent continue to make him millions. He still releases his own material, but also collaborates with and produces music for mainstream musicians. Wonder has no plans of stopping any time soon, and still has many years ahead of him to further touch hearts across the planet.

How Did Stevie Wonder Earn his Money & Wealth?

Stevie Wonder was born in Saginaw, Michigan on May 19th, 1950. He was the third of six children born to parents Lula Mae Hardaway and Calvin Judkins. Shortly after his birth, he was placed into an overly oxygenated incubator. The excess oxygen coupled with his premature birth caused retinopathy of prematurity – a condition where an infant’s eyes quit growing and detach from the retina. The condition is brought on by factors such as high oxygen levels, premature birth, and low birth weight.

Despite her child’s blindness, Lula Mae Hardaway would not let her son’s handicap prevent her from sharing her love of music with him. A songwriter by trade, she ensured her son had an instrument in his hands not long after leaving the womb. After Lula and Calvin divorced when Stevie Wonder was only four years old, the family moved to Detroit. Wonder’s exceptional performance at a Detroit church choir tuned his family into his gift. By age 10, Stevie Wonder had taught himself to play piano, drums, and harmonica. He also played on street corners with his friends.

Stevie Wonder created original songs at a young age. After singing his song “Lonely Boy” to Ronnie White of iconic 60’s band the Miracles, White took the young musician to Motown Records. One successful audition later, and Stevie Wonder was already a career musician. Since Wonder was quite young, the label stored all of Wonder’s earnings into a trust fund that he could access when he turned 21. He and his mother (who co-wrote much of his early material) were given a small amount of money to cover basic expenses.

In 1962, Stevie Wonder debuted into with his song “I Call It Pretty Music, But Old People Call It the Blues”. The song put Wonder on the bleeding edge of fame, peaking at number 101 on Billboard before dropping off the charts, far from the esteemed Billboard 100. The next year, Stevie Wonder released The Jazz Soul of Little Stevie. The album included live recordings of him playing original compositions with famous musicians.

An edited version of the song “Fingertips” from The Jazz Soul of Little Stevie was later released on Tribute to Uncle Ray, Wonder’s second album released the same year. It was one of the first non-studio recorded singles to reach the number one spot on Billboard’s Pop Singles chart. It also helped foster a relationship between Ray Charles and Stevie Wonder – both of which were blind. Unfortunately, none of Stevie Wonder’s other songs from his early releases experienced the same level of reverence.

By 1970, Stevie Wonder controlled nearly every aspect of his music. He proceeded to negotiate a contract with Motown Records that increased his pay and gave him almost complete control over his music and career. His 1971 album, Where I’m Coming From was his first album where he co-wrote or wrote every song. The song “If You Really Love Me”, co-written with his then-wife Syreeta Wright peaked in the Billboard Top 10.

Stevie Wonder’s fully original compositions proved far more iconic and lucrative than any of his past material. The 1970 albums Talking Book (1972), Innervisions (1973), Fulfillingness’ First Finale (1974) and Songs in the Key of Life (1976) generated more chart smashing iconic songs with each consecutive release. The single “Superstition” from Talking Book is now one of the most recognizable songs in world. Songs in the Key of Life is regarded by many as one of the best records of all time. He also composed the soundtrack Stevie Wonder’s Journey Through “The Secret Life of Plants” for a documentary film with the same name.

Stevie Wonder wrapped up the 1970 with 15 Grammy awards. Even after setting such a high standard for himself then, Wonder still blew the next decade out of the water. The 1980s is considered to be Stevie Wonder’s most successful decade. Wonder sold more albums, collaborated with other legendary artists than ever before. He also began to break into political activism and charity. Numerous public appearances further established him as an influential figure.

Albums such as Hotter Than July (1980), In Square Circle (1985), and Characters (1987) spawned numerous hit singles. The single “Part Time Lover” from In Square Circle was one of the most popular of the decade. He also created the soundtrack for the 1984 film The Woman in Red. While on tour, Wonder gigged at iconic venues such as the Rose Bowl. He also collaborated with Paul McCartney on the song “Ebony and Ivory” in 1982.

Stevie Wonder started off the 90s by composing the soundtrack for Spike Lee film Jungle Fever in 1991. He followed it up with Conversation Peace in 1995. After the album’s release, Wonder did not release another album until A Time to Love a decade later. In 1996, he received a Grammy Lifetime Achievement award. Wonder also used proceeds from his song “We Are the World” to support children living in famine stricken countries.

In 2009, the United Nations named Stevie Wonder as a Messenger of Peace. He also performed in less fortunate cities such as Marrakesh to promote providing more blind people with books. Wonder occasionally toured throughout the new millennium, often to promote charitable causes. He was a recipient of the Presidential Medal of Freedom from President Obama in 2014.

Stevie Wonder has been married two times, but has also been in many long-term relationships. He married his first wife Syreeta Williams in 1970, but divorced just two years later. Williams so-wrote several songs with wonder, the most notable singles being “If You Really Love Me” and “Signed, Sealed, Delivered I’m Yours”.

Stevie Wonder married fashion designer Kai Millard Morris in 2001. The pair had two sons named Kailand and Mandla before divorcing in 2015. Wonder began an affair with Tomeeka Robyn Bracy, and gave birth to his ninth child Nia in 2014.

Being blind, many luxury items are not as useful to Stevie Wonder. He does however live in a modern mansion purchased in 2009 for $2 million. The mansion is equipped with modern technology to comfortably accommodate him, and has a full time staff.